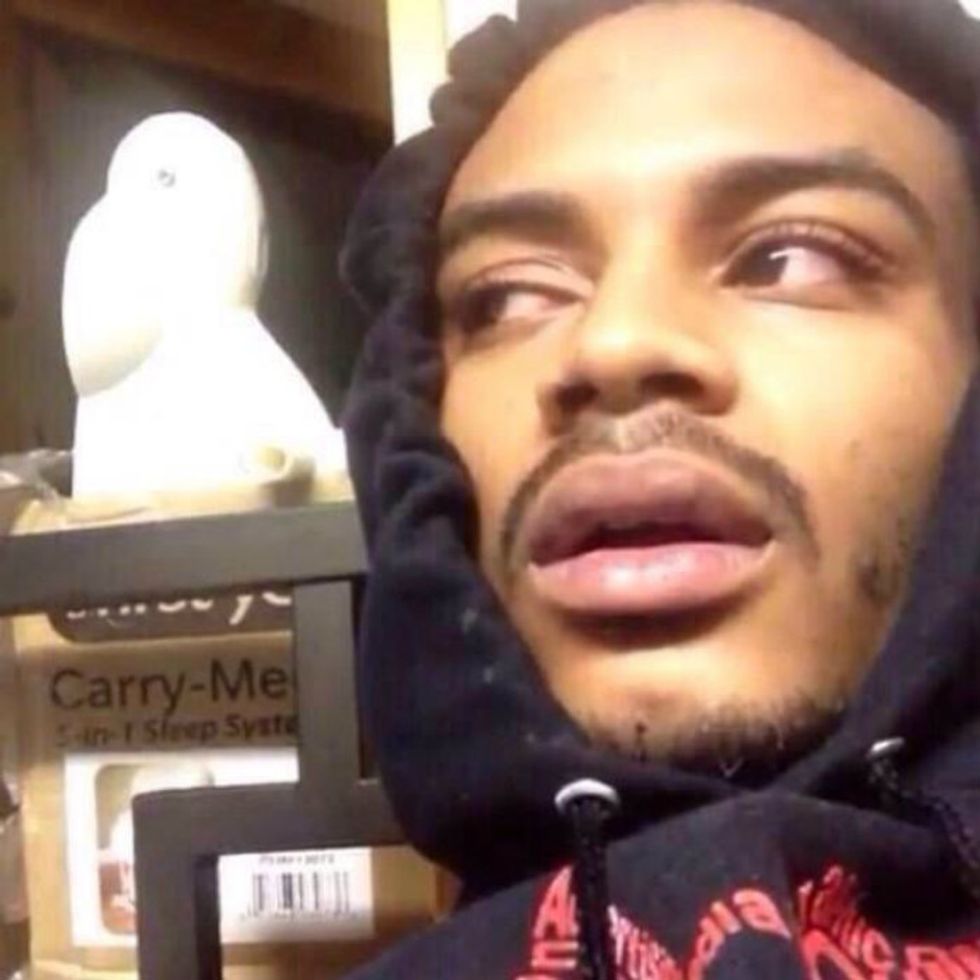 by Eric Thurm
PAPERMAG
The internet has been part of our lives for long enough that a generation of writers and artists has come of age with it, and used it as a tool to construct their creative and professional identities. But that also means that they grew up alongside an internet that today's teens would find foreign and scary, during the days when MySpace was the biggest social network, AIM buddy profiles were important social statements, and having your own GeoCities page was a big deal. Our new column, A/S/L, asks the people who are best at the internet to tell us about their personal Web 1.0.

For our next installment, we emailed with comedian, radio DJ, TV host, writer, and general multi-hyphenate Jake Fogelnest, who has been dealing with the internet in a semi-professional and funny capacity since logging on required waiting for the AOL dots to move from one end of the screen to the other. He is currently working on a show for IFC (with Ben Stiller executive producing) that tackles just these issues, as an aging writer trying to connect with an aggressively internet-savvy son. His wisdom is priceless.
What was the first internet service you made an account for? Was there a specific reason you made it?

The first e-mail account I had was with a local ISP in New York City. They were a company that provided dial-up access to the Internet and an e-mail account. This was before the world wide web. Like, websites did not exist yet. I would use it to connect to newsgroups, the occasional BBS and eventually AOL. The first person I ever remember e-mailing back and forth with was David Wain. I was a huge fan of The State and he sent me a note after seeing my public access television show. It was the coolest thing! David and I still e-mail, but we're both using different service providers.
What was your first screen name? Email address?

My first AOL screen name was SQUiRTMTV. Here's what's notable about that: back then, AOL would not allow people to use "MTV" in a screen name unless they worked for MTV. So essentially, I was "verified" all the way back in 1995. I am verified on both Twitter and Facebook because I am incredibly successful in show business.

What was your most profound AIM away message?

I didn't use an away message. If I wasn't online, I would just sign out. Access to me was limited. Often times, I was "invisible." If I could've installed a velvet rope in front of my AIM account, I would have. I would also appreciate it if people today didn't contact me on Twitter unless they're verified or a prominent member of the show business community.
How many MySpace friends did you have at your peak? How many LiveJournals? (No lying.)

I don't really remember how many MySpace friends I had. A lot. Again, I'm very successful and people want to get access to me. I had Friendster before that. I thought Friendster was better than MySpace. All of those profiles are now gone. I did have a LiveJournal, but I deleted it. Anyone who hasn't deleted their LiveJournal at this point is suffering from mental illness.

Who were the first people you thought were big deals on the internet, and did you ever interact with them?

I only interact with people who are big deals on the Internet. This is also true IRL. I maintain a very close inner circle of celebrity friends. I am also very handsome. I don't like the access today that normal people have to me and my close celebrity friends.
Chart the history of your life in websites, by listing the most important site to you each year you've been online.

If I'm going to be honest, it would be with one of my exes who is still my very good friend today! However, I don't want you people in my private life. Just know that it wasn't a creep situation of me hitting on a girl via Direct Message. I will send you screenshots of my Direct Messages right now. I am a nice, sweet boy. Also, I would like it on record that I am friends with all of my ex-girlfriends because I am a charming and lovely man. Short of giving you intimate details about my glamorous private life, I will say the most intimate connection I've formed with someone I'd never met before, is with Jon Hendren. He has a juvenile Twitter user name which I don't feel comfortable typing here.
Did you ever create alternate identities online or engage in proto-catfishing?
How do you know it's really Jake Fogelnest answering these questions?
What's the most important thing you learned from the internet?

I feel really comfortable with my internet usage. When it's time to work, I work. When it's time to goof around, I goof around. Am I capable of sometimes getting lost for hours late at night on a Wikipedia binge? Absolutely. Pre-internet, this would happen with books, movies and music in my home. Now I just have instant access and seemingly limitless options. But I've found it's easier than ever to simply say, "Oh, I don't want to do internet right now" and log off. It helps that I am incredibly successful and cute.
You May Also Like
Internet Culture