With Valentine's Day just a hop, skip and a jump away, we got to feeling in the mood for love. Then we realized that we are actually slack-jawed and stupid when it comes to matters of the love-related variety. And so are the ladies of PAPER Magazine, as it so happens. So we rang up Andrew W.K. and asked him some questions, which he kindly answered for us. And how!

Andrew's movie Andrew W.K.: Who Knows? is screening at Two Boots Pioneer Theater on Feb. 3 (sold out), Feb. 4 (sold out) and Feb. 5 (not sold out!) and is out on DVD on Feb. 7. Andrew will be present at all the screenings. Tickets are available at www.tix.com.

Q: Dear Andrew, I've been sleeping with this guy that I really like but I'm not in love with him. Do you think it's OK for me to keep hanging out with this person while I wait for my Soul Mate?

A: Maybe a more penetrating question would be, "Do you think it's OK for me to hold an ideal while I think I'm settling for less?" If we ask this, which seems pretty close to what you're getting at, my first answer would be to define "soul-mate." I think it's more a kind thought than a kind of person. It's an ideal based on expectations being met. To hold a relationship to a thought is like holding someone to an impossible promise. "Promise me you will never die." That would be hard to live up to. If the relationship is valued as an opportunity to experience, than expectations are left open, and room is made for surprise, chance, and random events. Experiences you may of never known you'd enjoy, or been able to predict or plan for. To be in any relationship is valuable because of this chance and randomness, by it's very nature it has to have value, if we value life -- for life is relationships, for better or worse. But to regret relationships, after the fact, or during (as I think is your case), is to deny yourself the inherit value in the experience and to take comfort in not knowing the hell your doing. You can't even if you thought you had control. This doesn't mean that you should be involved with someone you don't like, but it also means you shouldn't have to feel guilty or like you're always "missing out" on something better. I think the real "missing out" would be to give matters of the heart too much time in your front brain-space. You can tell when you're thinking with the front of your brain because you can feel it behind your forehead. That's the part of the brain that you use for intense concentration and focus -- learning, decoding, translating, memorizing, etc. You can't really learn, decode, translate, or memorize love. I think it's always new and always confusing, but that isn't really so bad. I think new and confusing is a good headspace.

Q: Dear Andrew, I've noticed that there's a trend plaguing and torturing the young men and women of New York City. And the trend is that of the platonic sleep over. Boys and girls, clearly attracted to each other, sleeping in the same beds. And just sleeping. No touchin'. Just snoozin'. What's up with that?

A: Some would say, "There's a time for rest and a time for play." Others would chide, "Everyone needs to rest." I don't agree with either statement. What you're describing isn't necessarily a symptom of "sleepoveritis," nor is it just a sentimental attempt to recreate the endearing awkwardness of adolescent intimacy. What it could really be is a symbol of testing platonic value. Think of the never-ending debate, "Can a man and woman really just be friends?" Why does this simple question still inspire so much debate? I don't know the answer, but seems possible that proof of it may exist in marriage. Inspect the the end result of so many unions, and what you see is not always a legal divorce, but the slow physical divorce of detachment, where familiarity and reliability become more important and valued. I don't think it's a bad thing. I think each situation is unique. Maybe the "young men and women of New York" are practicing what it would be like to be married for 50 years and no longer interested in each other physically. Practice what it's like to be you when you're old, and do it now when you're young, so you'll be prepared for it later. What imaginations kids have these days!

Q: Dear Andrew, My guy doesn't want to hang out with my friends because he just wants to do graphic design all day. What do I do to get him off the Adobe and out of the house?

A: I had several thoughts here, but no real opinion -- just trying to look at your question from several different perspectives. So, take what works for you and ignore the rest, or all of it. I don't necessarily see a reason why your boyfriend should want to hang out with your friends. If these were his friends, or even friends you're both very close with, I still think it would be a decision left up to him, and not you. But the fact that they're your friends makes it seem even more unreasonable that you'd expect him to hang out with them because you're telling him to. What about leaving him alone? Let him hang out with who he wants, when he wants, as long as things aren't falling into shit, let him work on the computer. He likes it. I think he's going to resent you for telling him to stop. I can see how a dilemma like this could make for some good emotional activity and something to talk or argue about, but is it really so bad that he doesn't want to hang out with your friends? Find some friends he likes or let it slide. I think having no expectations here would make things easier for both of you -- then he doesn't have to feel guilty about not wanting to hang out with your friends and do his artwork, and you don't have to feel guilty about trying to drag him around town and away from his computer.

Q: Dear Andrew, I have a horrible habit of calling my boyfriend when I'm drunk. How many drunken phone calls are acceptable in any given night?

A: I would say it depends on how much he dislikes the drunken calls. You described it as being a "horrible habit," so it sounds like a bad vibe to me. I would suggest not calling him at all when you're drunk. Zero times a night. I think you probably agree that you're not at your best during these intoxicated moments, and ideally, you should preserve your sterling image for your boyfriend during the dating stage -- wait until you marry him, then you can let loose, and drink all day long and dial up dozens of calls all night long. A big bank of 100 phones with a shot of vodka in front of each one -- just move down the line, throwing back the glass, and dialing all the while smiling. For now, just don't drink and dial, and that includes a drunken call to say how you won't ever call him again when you're drunk.

Q: Dear Andrew, I think my boyfriend is cheating on me. This week on the Today Show, I saw a detective selling a kit that can detect certain "fluids" that shouldn't be on my boyfriend's clothes. Do you think I should buy the kit to catch him in the act? Or should I just come out and ask him what's going on?

A: Firstly I would examine your state of mind, and make absolutely sure you think he's being unfaithful. I'm not doubting your instincts, nor should you, just examine them closely and deeply. If you really think he's cheating on you, you need to ask him. Not confront him in person, but to describe your feelings to him, in a straightforward way, and in a letter. But before you write it, I think you should sit down alone and go over exactly how you've come to be in this situation -- trace the outline of the entire relationship. Look at you and him as you would a couple in a movie. Does this feeling see familiar? Have you had this experience with him before, or in past relationships? What do you think made you start feeling that he's being unfaithful? How has it made you act towards him? I would recommend that you be as honest with yourself as possible. Once you've examined the entire relationship, from both sides, I would sit down and write him a letter. I wouldn't make it any longer than one page, and I would re-read it 10 times before you give it to him. Don't send it on the computer. It should be on paper that he can hold. You can't tell him that you're writing it, and you have to leave it somewhere he'll find it, when you're not there. He'll be alone and you won't be anywhere nearby. This will give him time to think carefully to himself and not be self-conscious or as defensive when he takes in what you say. It'll probably catch him off guard but he won't need to react, and that will spare you some dramatics. Tell him to write you back. See what he says. Make a choice. Make another choice. Keep living your life.

Q: What do you think the sharing policy should be in a relationship? All or nothing? Or is it OK to be selective and keep certain information to yourself to retain some individuality and independence?

Q: I think it's OK for you to be as private as you want. I think you can keep as much information to yourself as makes you happy, just so long as doing so doesn't cause you more discomfort than it would to share it. And as long you're prepared for different people to have different reactions to your privacy. I think you're completely entitled to an entirely private life, full of private thought, private activity, and private ideas and opinions, separate from anyone else. It's your mind, and it's up to you who to share it with. We have the ability to think, and we have the ability to choose to share our thoughts. What gives our mind value to another person is when we choose to share it with them, and I don't think we need to be greedy. Be as generous as you want with yourself. You can give yourself, but never belong to anybody, and even if you could, your thoughts would always be your own. Although there are some who'll pay a mighty penny to buy them.

Bonus Q: Dear Andrew, How long should I date a boy before I let him in on the fact that I fart and occasionally poop? 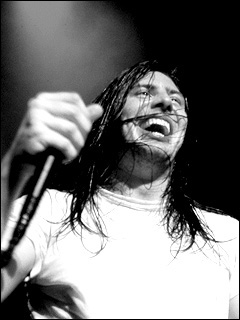 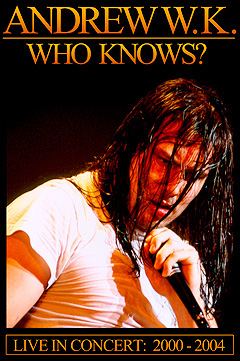