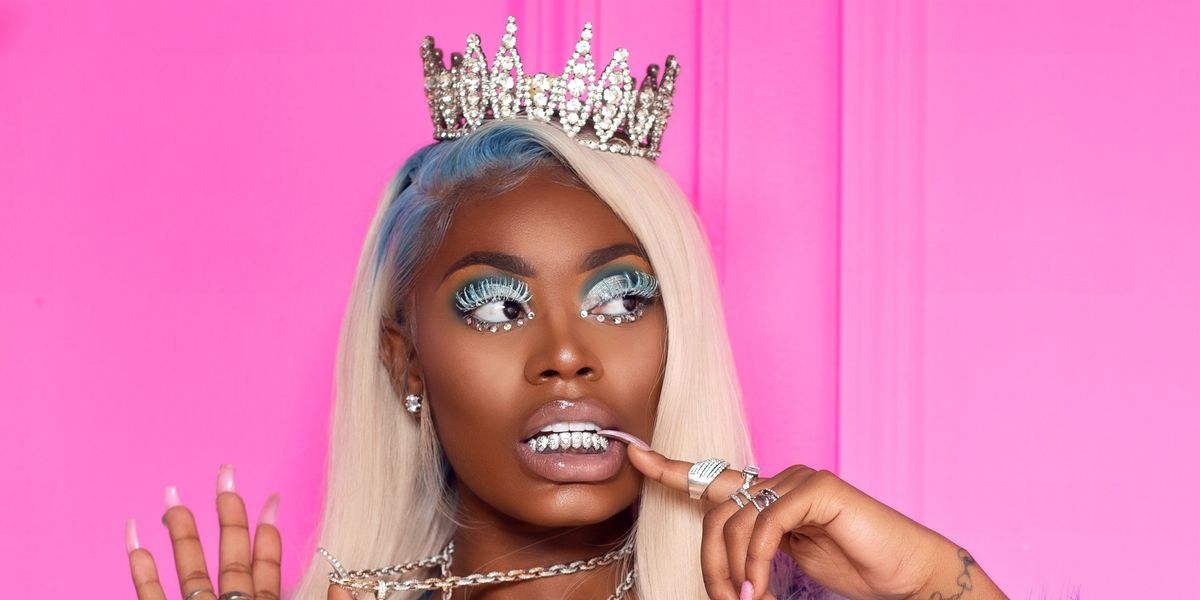 When Asian Doll signed with Gucci Mane's 1017 Records, she was willing to do anything to impress her new boss, even if it meant heading to the studio with the flu.

"I had just signed, and he'd just given me a Rolex watch," she explains to PAPER. "I was really sick that night and my tonsils were closing up, but I was too scared to tell Gucci… I just went into the booth and they put the Autotune on and I started singing."

Ironically, that day she ended up recording a song called "Talk." It's a standout from 2018's So Icy Princess, a catchy 16-track mix tape which perfectly illustrates why Mane picked her as his protégé.

Asian Doll has recovered from her illness now, and "Talk" has a brand new video, premiering on PAPER today. It features over-sized 90s-style cell phones, dollar bills, twerking, and an old British man. We immediately hit that replay button.

"I showed up on set and just delivered and was just being me," the Dallas-based rapper says. "It's all different pieces of my personality."

Watch the new video for Asian Doll's "Talk," below.