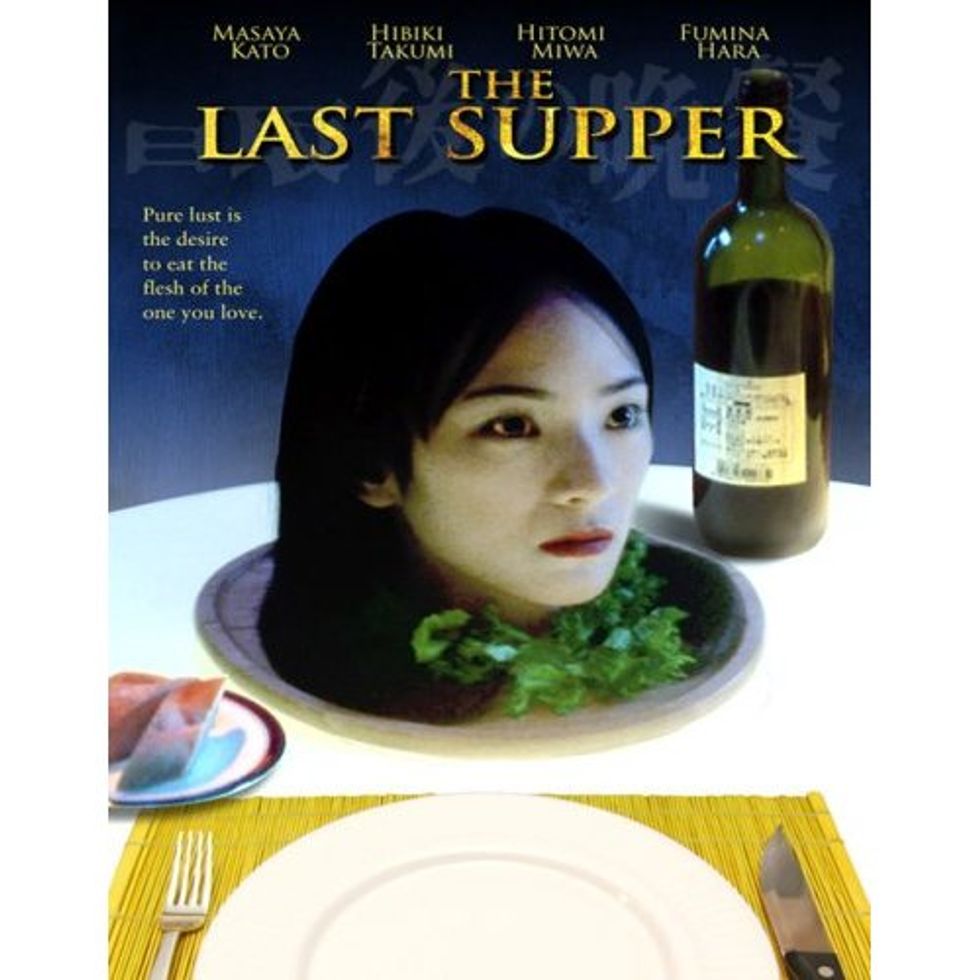 The Last Supper is an outrageous, grisly Asian shocker about a handsome cosmetic surgeon named Dr. Yuji Kotonado (Masaya Kato). He is also secretly a cannibal, who delights in killing his dates and later grilling their body parts on the stove. He writes online a âDiary Of A Cannibalâ on how he came to this, from first frying up some fat from one of the women he liposuctioned, to finding a woman hanging in the park who became his first real entrÃ©e.

âIt is the desire to eat the meat of the one you loveâ is his mantra. Thereâs a wild scene when he travels to Hong Kong and goes to a private club where a woman is beheaded and the patrons all feast on her. Directed by Osamu Fukatani, mercifully some of the special effects are not great, but on the whole the movie is unbelievably bizarre. Yummy!