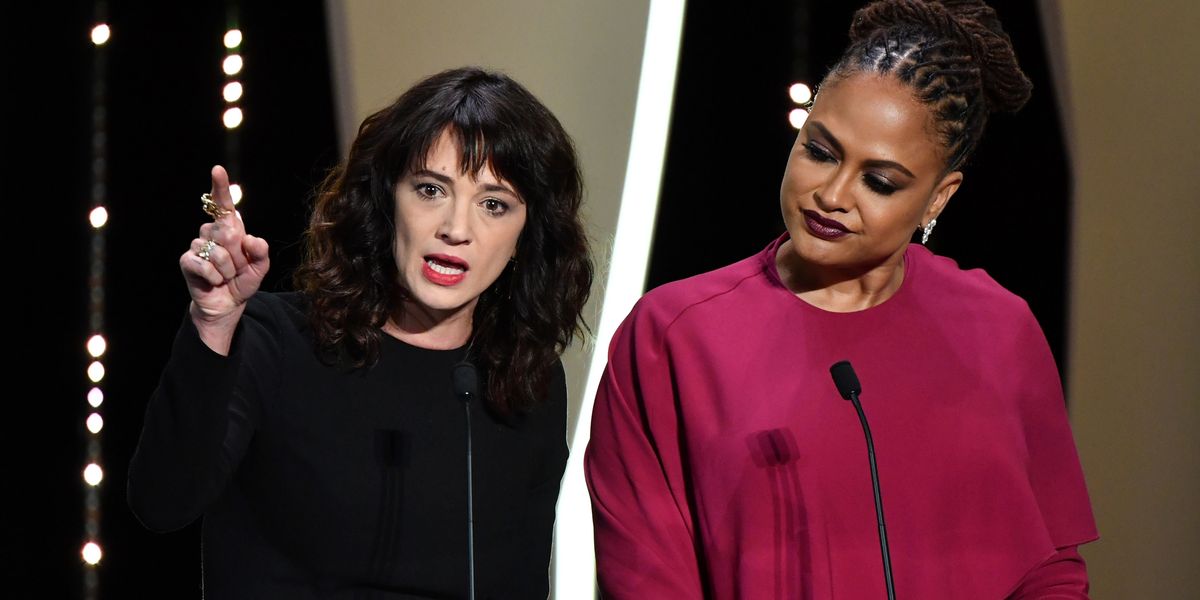 Asia Argento Addresses Industry Abusers at Cannes: 'We Know Who You Are'

In perhaps the most memorable moment from Cannes, Weinstein-survivor and Hollywood staple Asia Argento delivered a speech in which she told the film industry's predators and their protectors sitting in the audience that women are watching them.

The Cannes Film festival has proved to be a real activism hotspot this year, with attendees protesting racism, gender inequality, and Israel's attack on Palestine. Argento closed out the festival, taking the stage with Ava DuVernay to send a message to the men who have terrorized young actresses on their rise.

"In 1997 I was raped by Harvey Weinstein here at Cannes," Argento said. "I was 21 years old. This festival was his hunting ground. I want to make a prediction: Harvey Weinstein will never be welcomed here ever again. He will live in disgrace, shunned by a film community that once embraced him and covered up for his crimes. Even tonight, sitting among you, there are those who still have to be held accountable for their conduct against women, for behavior that does not belong in this industry, does not belong in any industry or workplace. You know who you are. But most importantly, we know who you are. And we're not going to allow you to get away with it any longer."

Argento was one of the actresses interviewed by The New Yorker for their exposé on the film mogul, she alleged Weinstein forcibly performed oral sex on her in 1997. The actress/director has since been at the forefront of the #MeToo movement, and has been attempting to form a master list of his accusers since.

People must understand the bravery involved in what she did. Speaking the raw truth of rape is incredibly hard. Bei… https://t.co/GCerWxht79
— rose mcgowan (@rose mcgowan)1526836546.0