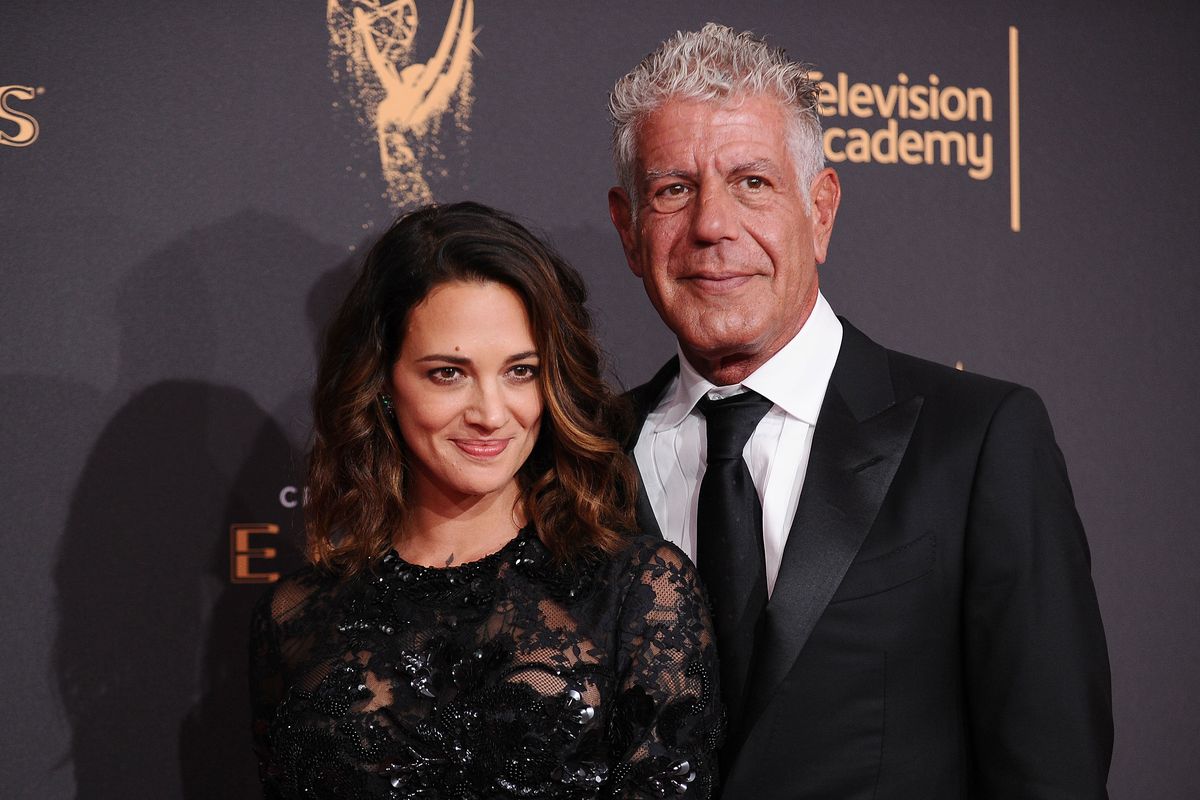 Asia Argento has responded to the New York Times report that she paid former child actor Jimmy Bennett $380,000 after he accused her of sexually assaulting him as a teenager. The two worked together on the 2004 film The Heart Is Deceitful Above All Things, when a 7-year-old Bennett played Argento's son. She is 20 years his senior.

Now, Argento says that the assault never occurred, asserting in a statement first reported by Yashar Ali that she never had "any sexual relationship" with Bennet and that her former boyfriend, the late Anthony Bourdain, urged her to agree to a financial settlement to end Bennet's "long-standing persecution" of her.

"Anthony was afraid of the possible negative publicity that such a person, whom he considered dangerous, could have brought on us," the statement reads. "We decided to to deal compassionately with Bennett's demand for help and give it to him. Anthony personally undertook to help Bennett economically, upon the condition that we would no longer suffer any further intrusions in our life."