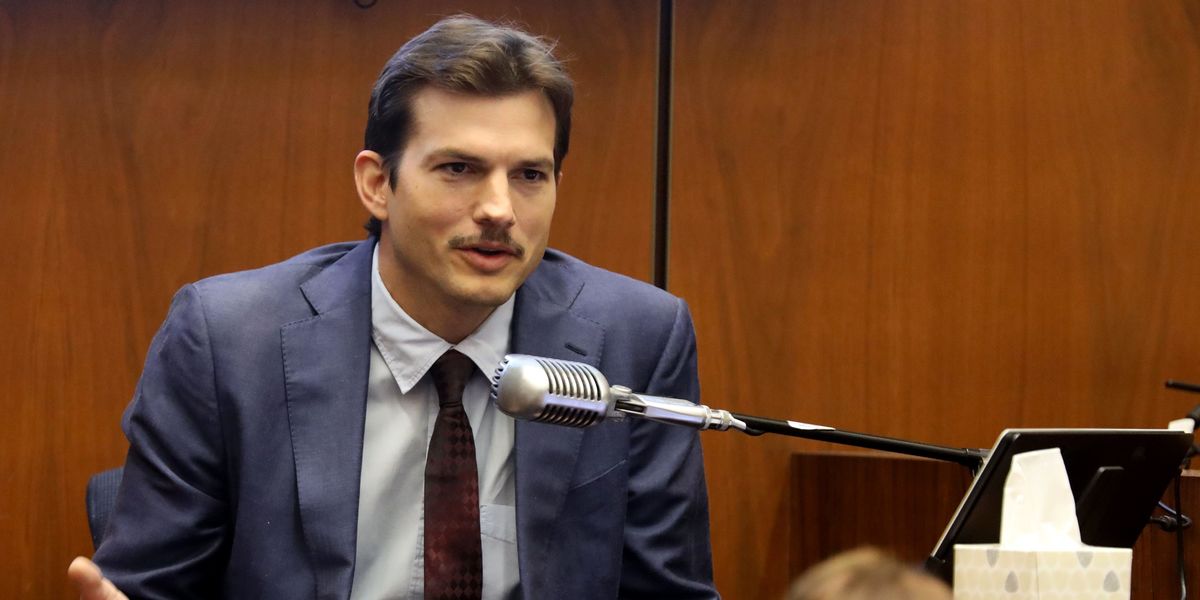 It's the stuff of strange, almost-forgotten early 2000s Hollywood lore: that time Ashton Kutcher's new girlfriend was killed on Grammys night. In February 2001, 22-year-old Ashley Ellerin was stabbed to death 47 times by a then-unknown perpetrator. Just hours before, she'd supposedly had a date with Kutcher to the ceremony's official after party — the actor had arrived to pick her up then bounced when she didn't answer the door. Ellerin's body was later discovered by a roommate.

Ellerin's tragic death remained a mystery for years, but the case has now gone to trial. Today Kutcher presented as a witness against Michael Gargiulo, an air conditioning repairman who was apprehended in 2008 and is accused of murdering three young women over a 15-year period.

According to TMZ, Kutcher appeared calm and collected on the stand. He recalled how the night of the Grammys was essentially he and Ellerin's first date, and that they'd talked on the phone mere hours before she was killed. He arrived at her place around 10:45PM, knocked on the door to no answer, then looked through a side window. The gruesome bit: Kutcher saw what looked like red wine pooling on the floor, thought nothing of it, and left.

While testifying Kutcher also noted that he "was freaking out" the next day after learning of Ellerin's death. Gargiulo's attorney reassured him today that he wasn't a suspect, according to the LA Times.

Gargiulo, who has variously been dubbed the "chiller killer" and "Hollywood ripper," is pleading not guilty to three charges.