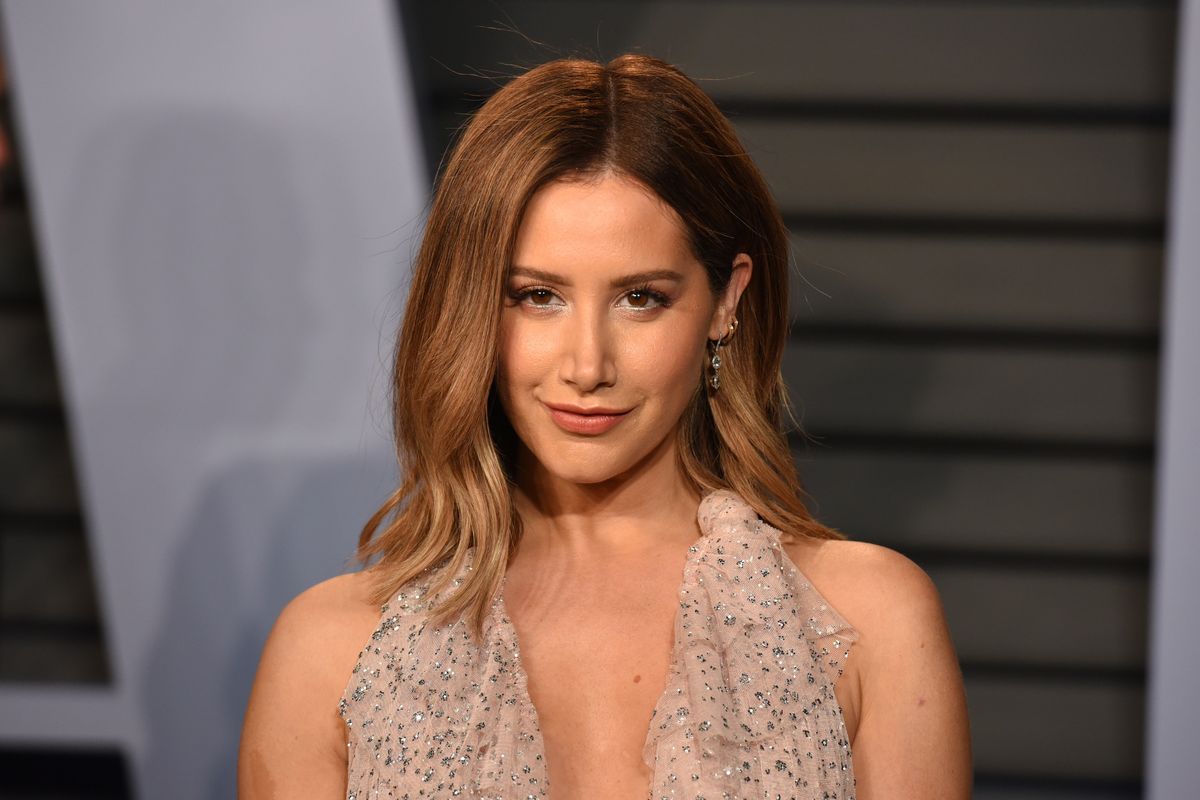 Back by popular demand is both this retrospective series, and also, the fashün icon and underrated pop songstress that is Ashley Tisdale. She just announced that her third album, which has been in the works for the past four years, is ready to see the light of day. It's called Symptoms, and she co-wrote and created the album's tracks with Goldfinger frontman John Feldmann. Symptoms marks her first album, since 2009's Guilty Pleasure, which is criminally good and criminal that Tisdale has kept us waiting so long. She is calling the new record her "most authentic album to date," so let's take that in for a moment.

At the risk of dating myself, I was in high school when her debut album Headstrong hit shelves in 2007, riding the coattails of her "fabulous" High School Musical notoriety. I remember loving the irony of her "squeaky clean" Disney star reputation in contrast with the edgier pathos of Headstrong (there was a kid-friendly edited version of "He Said She Said"). I remember thinking she was something of a young feminist icon for playing within the conservative matrix that often is teen stardom to ultimately push her own points of view about self-love, womanhood, and autonomy forward. And with a knowing wink! AKA the rulebook from which stars like Selena Gomez and Miley Cyrus would eventually play from in their own ways.

And it was impossible to dislike because she always kept things positive. Even in the song for "Not Like That," another track about shooing away petty suitors, she has a line about not caring whether or not jealous girls come for her, because it's more important to let guys know to respect her. In the live video for Headstrong's "Be Good to Me," which is all about demanding to be treated well (as one should, because we aren't in the Middle Ages, after all), Tisdale traipsed about a stage in a bustier and denim cut-offs. I was similarly inspired that summer to run around in a leotard tucked into denim cut-offs, except mine were a more scandalous booty short rendition, but hey, we were thriving.

Guilty Pleasure soon came after, and as if Tisdale by this point had become self-aware of how pop frames larger social messages, was making more topical, R&B-inspired music ranging from the trauma of divorce ("How Do You Love Someone") to leaving cheating lovers ("It's Alright, It's OK"). Additionally, somewhere in this period we learned that Tisdale could play Led Zeppelin songs on guitar, so were pretty convinced that, alongside the Ashlee Simpsons of the world, she co-created the little known emotions of "anger" and "angst." Also worth noting: in the YouTube comments for the "It's Alright, It's OK" video, is this gem: "I remember being 10 and singing this song with so much passion which is so funny considering I had never experienced a breakup of any kind." Nuances abound!

It's anyone's guess what Tisdale will be singing about on Symptoms, but we think it's safe to say that she's going to keep things interesting. Below, relive the glory of some of Tisdale's greatest hits. No need to feel guilty!