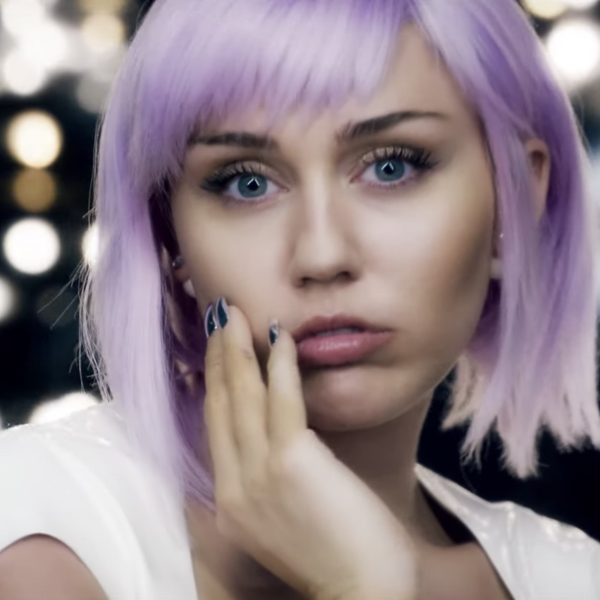 Ashley O's 'On a Roll' Sees The Light of Day

The new season of Black Mirror showed us all that your favorite pop girl could NEVER even come close to being as iconic as Ashley O, the fictional celebrity persona of Miley Cyrus in "Rachel, Jack and Ashley Too." While the storyline of the episode was certainly intriguing — a robot replica of Ashley O, named Ashley Too, captures the attention and hearts of a broken family — the standout was the episode's theme, "On a Roll."

Fans immediately begged for the release of Ashley O's smash hit on streaming platforms, but thought at first that their pleas would be useless. Cyrus herself confirmed that the song would indeed see the light of day this past week, and the positive response confirmed that this was what we all needed to cap off her She Is Coming era. Bon appétit!

The song, while partially mocking the faux-ambition and trite motivational message found in many of today's radio hits, is actually a certified bop. After hearing its chorus repeated over and over in the final episode of Season 5, it's hard not to stan such a sparkly anthem. A large majority of the lyrics are simple by design; lines like "Ridin so high, achieving my goals," and "I'm stoked on ambition and verve/ I'm gonna get what I deserve," are easy earworms, especially when they're backed by modern dance-pop production.

"Rachel, Jack and Ashley Too," tells the story of Rachel, an insecure teen struggling to fit in at a new school, and her relationship to her new robot best friend, Ashley Too. Her pal is no ordinary robot, though, as it turns out. Ashley Too is mega pop star Ashley O, or at the very least a replica of her. Ashley O had her brain copied in order to make the Ashley Too dolls for her many fans — jeez, 360 deals these days!

While it was surely not the most riveting episode of the series, "Rachel, Jack and Ashley Too," marked Cyrus' return to acting, and gave us the greatest gift of all: "On a Roll."