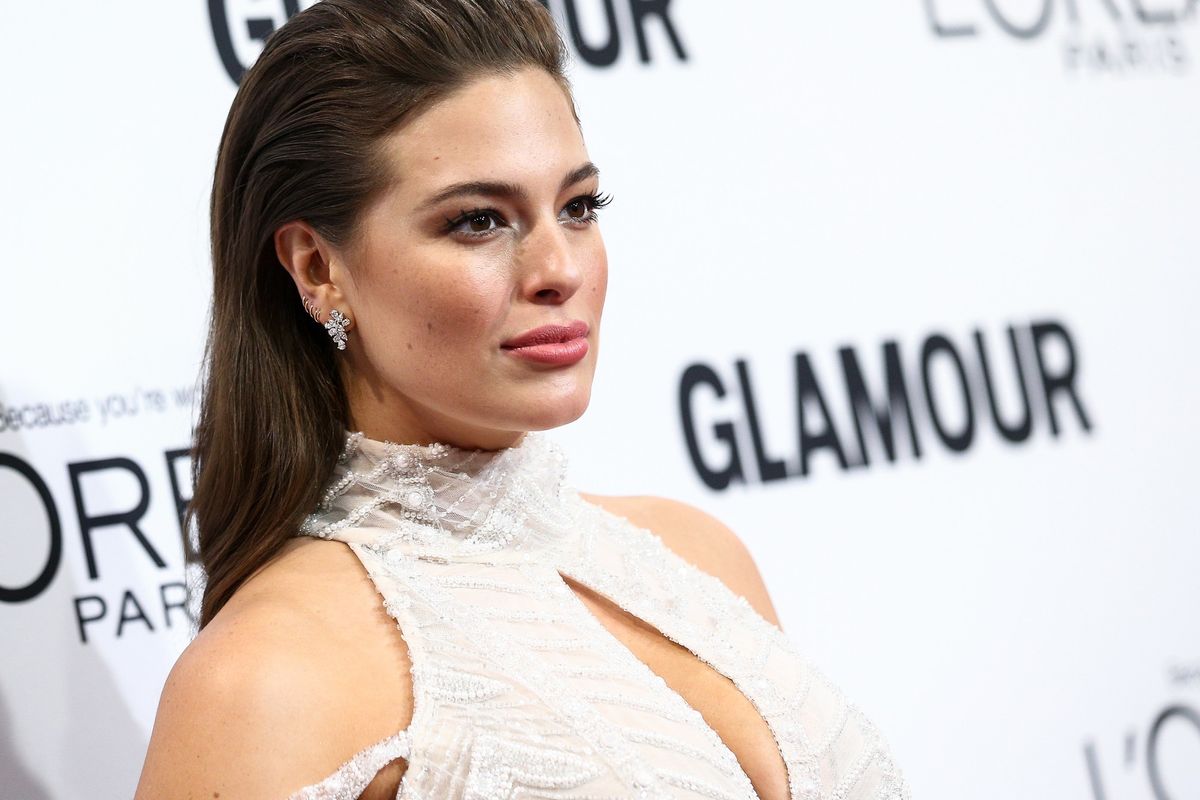 Ashley Graham Has Aspirations To Be A Victoria's Secret Angel

It's no secret that Ashley Graham's had one helluva year, from having her own Barbie to covering Sports Illustrated's coveted swimsuit edition to hosting the reboot of America's Next Top Model. And while it may seem like all of the supermodel's dreams have come true, there's still one last barrier to break -- and that's walking in the Victoria's Secret fashion show.

Following the lingerie giant's televised fashion show on Monday, Graham posted some fan art depicting her as one of the Angels, captioning it, "Watching the angels tonight like.. 👼🏽🌟👙."

The picture, drawn by artist Annie Breen, shows Graham with her own set of wings, alongside a header reading "Victoria's Secret Plus!" -- which would be huge if it actually happened, seeing as how the brand notoriously doesn't cater to woman over a size 16. Here's to hoping Graham can help change that by joining the other Angels very soon!