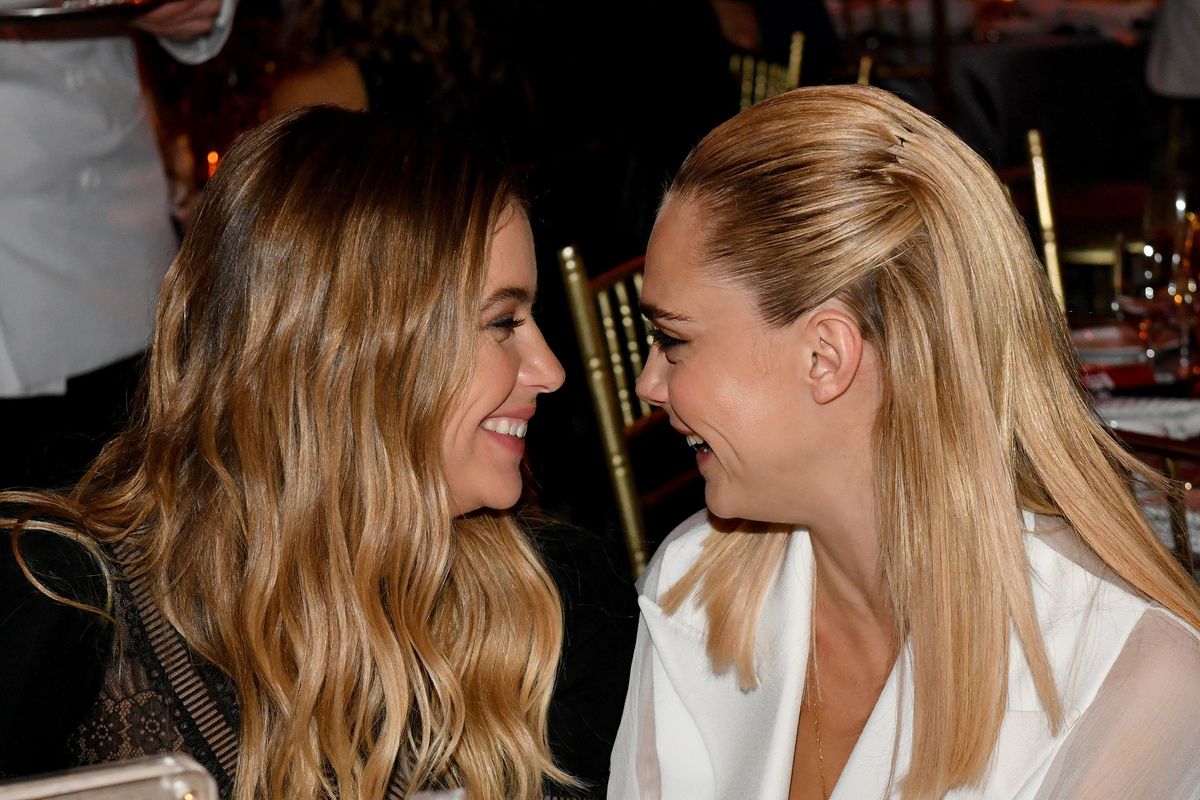 Our favorite couple to ever be photographed carrying a sex bench, Cara Delevingne and Ashley Benson, are sparking engagement rumors while on a romantic vacay in Saint Tropez. Fans have noticed that the pair are wearing matching bands on their ring fingers in recent photographs, although neither woman has confirmed anything publicly.

The south of France is a lovely place to pop the question, although a couple of Daily Mail photos of the couple strolling hand-in-hand isn't much in the way of evidence. The photos show both women to be wearing numerous rings, and not just on their ring fingers. Are they betrothed, or do they both just like blingy jewelry?

Delevingne and Benson have been dating for about a year... as far as we know. They only confirmed the relationship last month, via Cara's Pride post on Instagram. But let's be real, the sex bench was their real coming out. Even though Just Jared says it was just a "gift for a friend."

Fans are claiming this supposed engagement as a lesbian victory, and who are we to deprive them? Until Cara and Ashley issue a denial through their reps, let's celebrate the happy couple. And spare a thought for St. Vincent.