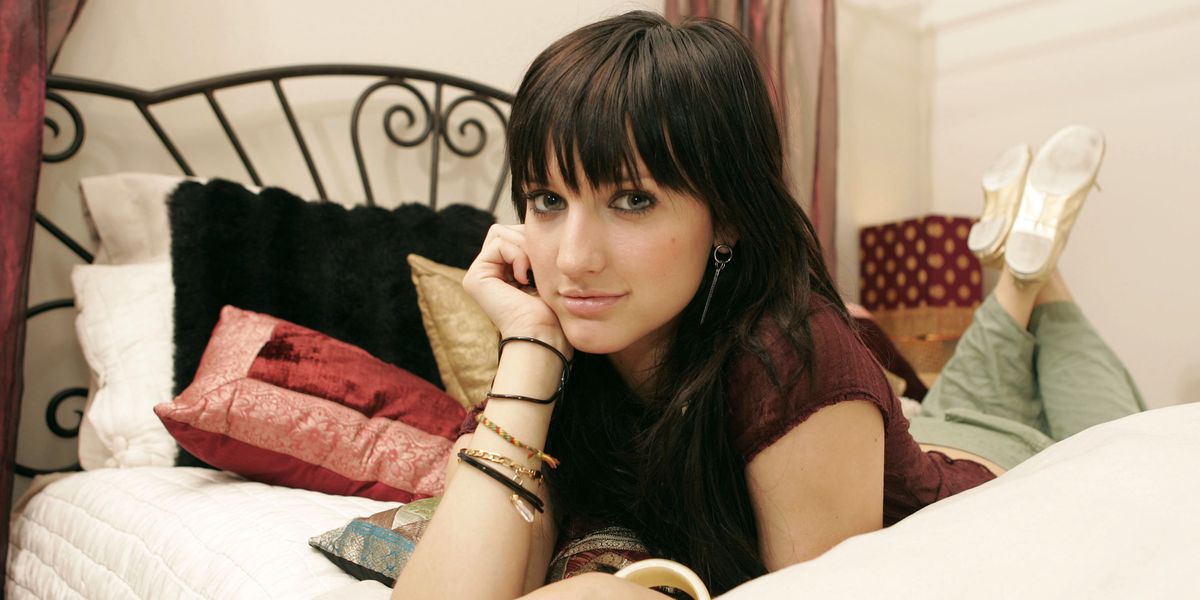 Today is World Sleep Day, in case you didn't know. (It's always beyond us how these "holidays" get created). I didn't know until five minutes ago, probably due to lack of sleep. There are many ways to commemorate This Day: actual sleeping, or acknowledging that which you've slept on, which brings us to...

We've been thinking about the angsty Simpson sister for a while now. Don't get us wrong, big sis Jessica also had her moments, but in a plastic pop-music universe where image is everything (the shinier you are, the more we love you), Ashlee Simpson was like a beacon of ~authentic~ experience, strength, and hope, heavy eyeliner, Hot Topic bracelets, tulle dresses and all.

She was positioned next to Jessica as the more relatable sibling, but in the interest of NOT COMPARING WOMEN to each other, we will say that Ashlee was in a league of her very own, one that is still under-appreciated to this day. I mean, she also brought increased awareness of acid reflux to the mainstream — which, early on, she suffered from, but also contributed to her signature rasp. Turning pain into triumph!

Musically, Ashlee's sound recalled the writerly feminist angst of singer-songwriters like Alanis Morissette, though she possessed an aesthetic similarity to Avril Lavigne, who helped popularize female-based pop-punk in the early aughts. Not to mention, Ashlee wrote every word of her diaristic offerings, so that way you know it's real.

Below, five songs and highlights from Ashlee's iconic three albums that deserved waaaaay more attention in their initial time than they got.

A single from Bittersweet World that few remember but need to acknowledge. Here she is, on Ellen:

A minor hit from 2005 sophomore album I Am Me that was anything but sophomoric:


And a one-off from I Am Me's deluxe edition that evoked the look and feel of Hilary Swank's Oscar-winning role in Million Dollar Baby:


Here she is again, live, from her debut multi-platinum album Autobiography, singing the song's title track. The lyrics celebrate self-ownership: "Got stains on my T-shirt/ And I'm the biggest flirt." Here is Ashlee in her glory, something we loved her for then, and remember her for now and always: