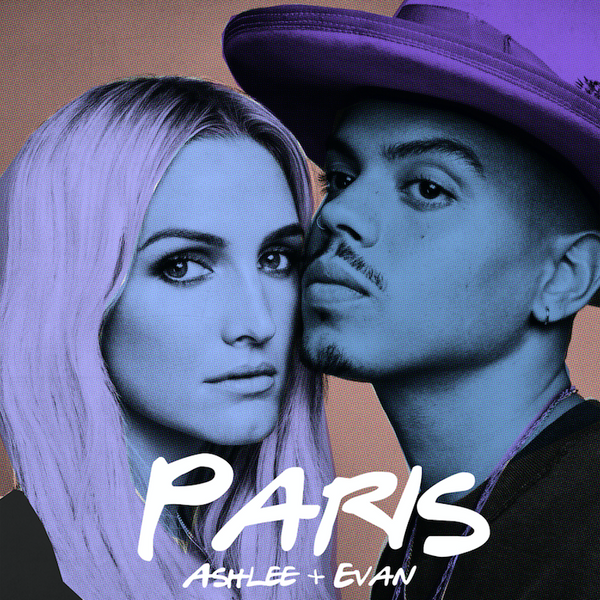 As we all know, the queen of our broken teen hearts, Ashlee Simpson, and her husband Evan Ross (son of Diana Ross) are giving the Kardashians a run for their money when it comes to our favorite TV family — and gifting us with a brand new album as a lovebird duo, Ashlee + Evan. Their new docu-series of the same name, which premiered on E! on Sunday offers a window into their family life, Ashlee's years in-and-out of the spotlight, and their new music, which is Simpson's first since 2012 (!)

The name of their show and project represents a symbolic fresh lease on creation for the duo, as they shed their last names — and instant associations with entertainment dynasties — to build and discover a new sound together.

Whatever they're doing, it's working. Their debut single, ballad "I Do," which, like the docu-series, reveals the couple as deliriously and genuinely in love, hit #2 on the iTunes Pop Chart, and #6 on the overall chart within a few days. Now, leading up to the second episode of Ashlee + Evan, the pair are debuting their second single: "Paris."

Seductive and slinky, "Paris" is an R&B-inspired club ode to the city of lights, dripping with champagne and cinematic nostalgia. Simpson uses her soulful, throaty vocals, which have only improved over time, to frame a tangled-in-the-sheets weekend: "Naked in Paris, terrace, vintage in paradise/ On the velvet, helpless, let's play the games we bought tonight/ Don't forget the ice" over woozy, heart-beating production. The pair harmonize on the chorus, and Ross contributes to the picture: "Wearing your fur coat, hang your red dress soaking wet/ Plaza Antoinette, dancing round like Josephine Baker."

The pair have a delicious, easy chemistry, and honestly "Paris" was probably inspired by a real trip the pair took. We get it, you guys obsessed with each other! Just kidding, we can't get enough.

Building off of "I Do," "Paris" emphasizes that Simpson isn't an angsty teen anymore, but rather a mature, in-control artist, making music with the person she loves.