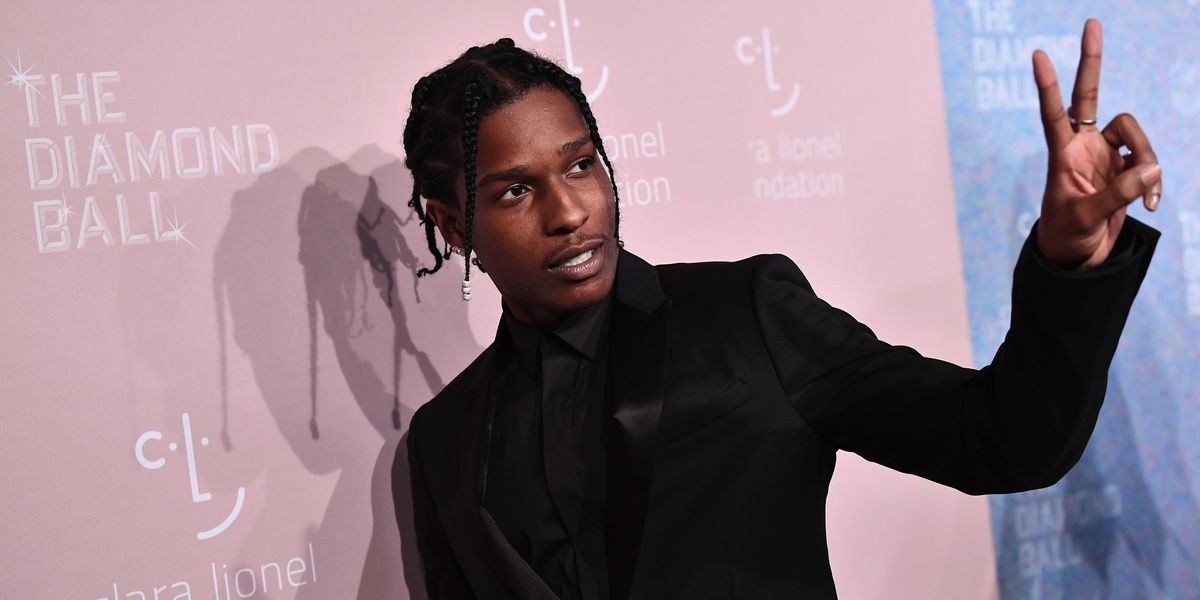 The rapper and two members of his crew were in custody for a month as Swedish prosecutors tried to determine what charges to file against him in their assault case.

Rocky's continued detainment — the result of a highly-publicized street fight his crew was involved in at the end of June — was widely condemned by American lawmakers, fellow celebrities, and his fans. The push to free him even reached the White House thanks to Kanye West and Kim Kardashian, who lobbied President Trump to take action — albeit unsuccessfully.

And while Rocky's still waiting for a verdict, according to NBC, he's able to leave Sweden ahead of the August 14 judgment. However, that didn't seem to dampen his spirits, if his Instagram is any indication.

"I CANT BEGIN TO DESCRIBE HOW GRATEFUL I AM FOR ALL OF YOU THIS HAS BEEN A VERY DIFFICULT AND HUMBLING EXPERIENCE," Rocky wrote, thanking his fans and supporters across the globe. He later added that he also wanted to thank the Swedish courts for allowing the release of him and his crew. "THANKS AGAIN FOR ALL THE LOVE AND SUPPORT."

THANK YOU FROM THE BOTTOM OF MY HEART TO ALL OF MY FANS, FRIENDS AND ANYONE ACROSS THE GLOBE WHO SUPPORTED ME DURING THESE LAST FEW WEEKS I CANT BEGIN TO DESCRIBE HOW GRATEFUL I AM FOR ALL OF YOU THIS HAS BEEN A VERY DIFFICULT AND HUMBLING EXPERIENCE I WANT TO THANK THE COURT FOR ALLOWING ME BLADI AND THOTO TO RETURN TO OUR FAMILY AND FRIENDS THANKS AGAIN FOR ALL OF THE LOVE AND SUPPORT