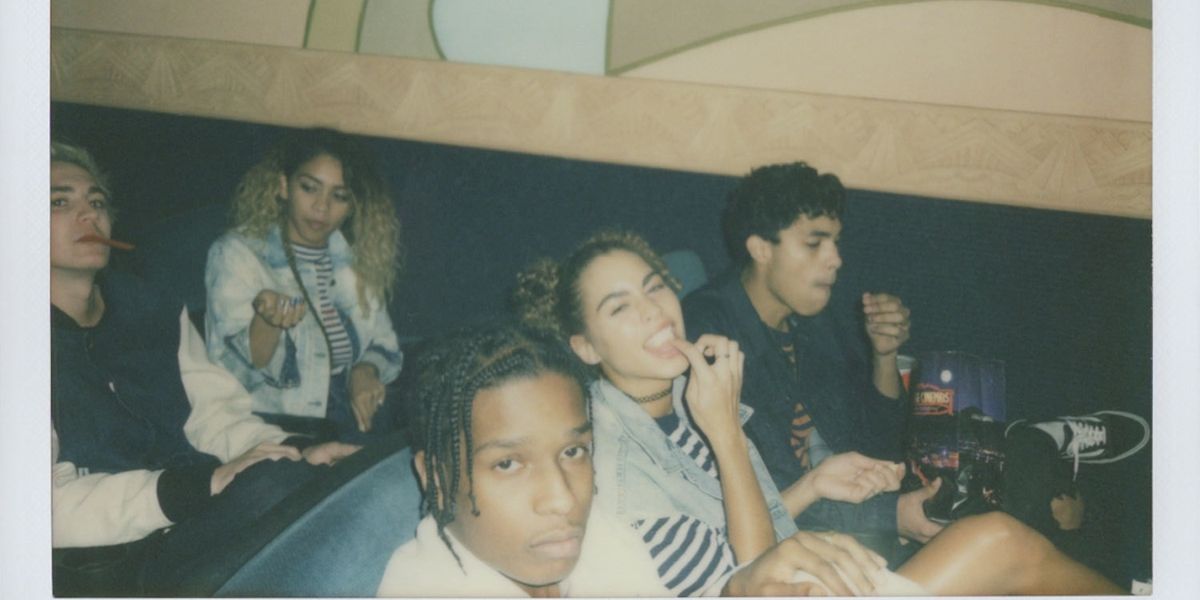 GUESS has created an offshoot of big-name collaborations, and the first collection out of the gates is with A$AP Rocky. The collection consists of crop tops and logo tees, some skinny jeans and structured denim jackets that is certainly influenced by yesteryear but updated with a modern twist.

In an interview with Pret-a-reporter, Rocky explained what he hoped the line would convey to a generation of kids who may not be familiar with the brand's influence on 80s and 90s hip hop:

"I wanted to give kids today knowledge of what GUESS meant to hip hop and the urban community in the 90s and late 80s. From the drug dealer on the corner with the T-shirt, the rapper Nas saying 'When I get dressed, it's nothing less than GUESS' and Tupac in the movie Juice."

Check out youthful campaign shots below, photographed on Polaroid by Kimi Selfridge.

The collection will be available at select GUESS stores and internationally at GUESS stockists from February 2016.