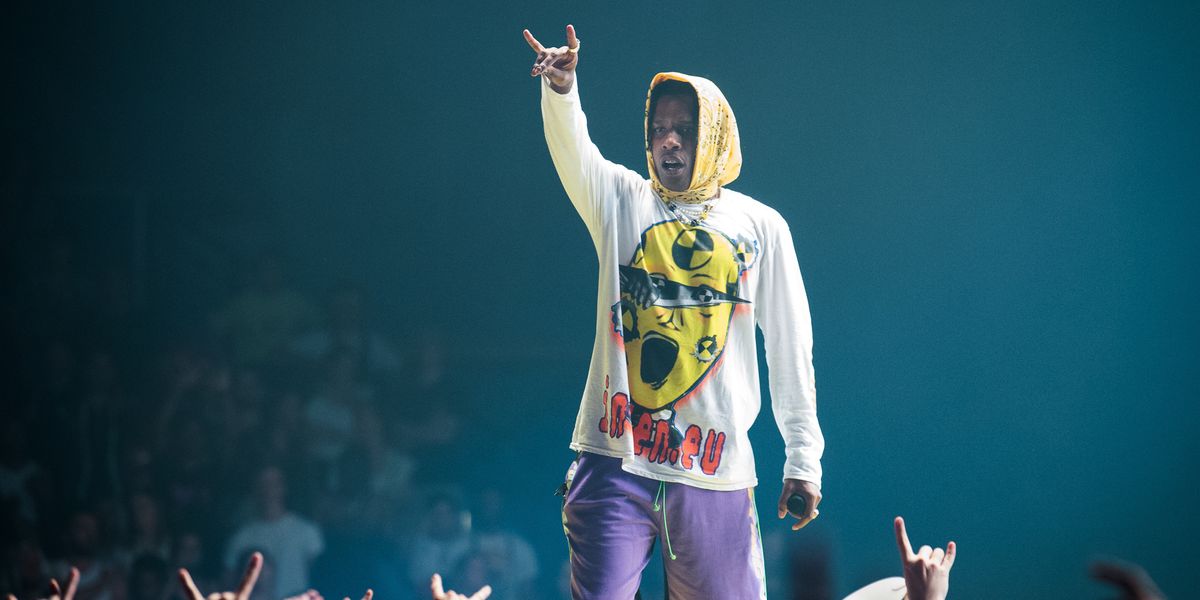 ASAP Rocky played his first show this weekend since being released from prison in Sweden to await his verdict on August 2, reports Pitchfork. The rapper made it to his set at Real Street festival in Anaheim, which featured a surprise visit from Tyler, The Creator. ASAP missed a string of dates in Poland, England, Germany and elsewhere after being arrested and detained for the alleged assault of a young man, who was allegedly harassing ASAP and his cohort.

Footage on YouTube shows the rapper speaking candidly at his set about the time he spent in jail.

"Y'all know how happy I am to be here right now... I wanna say this though. When I was away — hey, hold on, hold the mosh pit, this a sentimental moment right here! I just want to say, what I experienced was crazy. I'm so happy to be here right now," he told the crowd. "It was a scary, humbling experience, but I'm here right now. God is good, man, you know what I'm saying? People who ain't even fuck with me felt sympathy, felt sympathetic for my situation. People was praying for me, that uplifted me when my spirits was low. I can't thank y'all enough, man, that was crazy."

He specifically shouted out the hip-hop community, who rallied around him during his detention: "Hip-hop never looked so strong together. We a big, strong community, man."

Along with Donald Trump, who personally made a call to Swedish Prime Minister Stefan Löfven on ASAP's behalf, many of the rapper's friends and peers in hip-hop came to his defense. Tyler the Creator led a boycott of Sweden, saying he wouldn't visit the country for shows or festivals in solidarity with his friend. Schoolboy Q, Post Malone, 2 Chainz, Kid Cudi, Jaden Smith and Lil Yachty posted in support of ASAP and the boycott, circulating a petition calling for his release. A$AP Ferg was the first to claim online that his friend was being held in solitary confinement.

Meanwhile, ASAP's arrest prompted other rappers to discuss their own experiences with law enforcement around the world. In a tweet hashtagged #FreeAsap, Nicki Minaj shared that she had police pull guns on her in Jamaica because she swore. Sheck Wes detailed an overly forceful encounter on Twitter that he'd had with the Swedish police, in which they frisked and strip-searched him and his crew without consent.

Previously, ASAP previously thanked fans on Instagram for support during the "difficult and humbling experience."

PRETTY FLACKO on Instagram: “THANK YOU FROM THE BOTTOM OF MY HEART TO ALL OF MY FANS, FRIENDS AND ANYONE ACROSS THE GLOBE WHO SUPPORTED ME DURING THESE LAST FEW WEEKS I…”

ASAP and two of his friends have pled not guilty of all charges, claiming self-defense. They're expected to hear the final verdict on their assault charges on August 14.