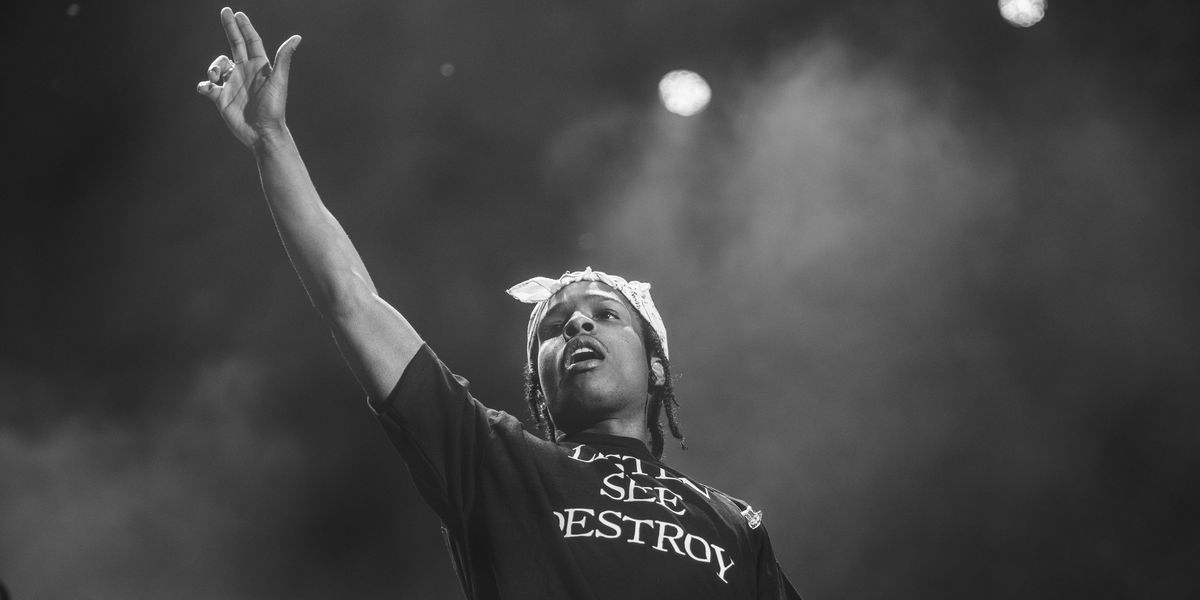 After spending 22 days in jail since he was arrested on July 3, A$AP Rocky, real name Rakim Myers, has been formally charged with assault in Sweden.

On June 30, the rapper and his crew were walking down the street in Stockholm when two Swedish men began following them and reportedly groped a female that was walking by. After repeatedly asking the two Swedish men to stop following them, a fight broke out between Rocky's group and the two men.

In videos of the fight, Rocky and his crew can be seen punching and kicking one of the men. However, earlier videos show Rocky and his crew trying to mediate the situation peacefully. Another video captures footage of the two men hitting Rocky's security guard in the face with a pair of headphones. Police arrived shortly after Rocky and his crew fled the scene, according to TMZ.

Rocky was in Stockholm to headline at Smash Fest, a hip-hop music festival. He went on to perform at the festival on July 2. The following day, he turned himself into authorities and was arrested on "probable grounds for serious assault."

The formal charges arrive amidst much controversy involving Rocky's detainment. Following his arrest, reports arose that he was being held in 'inhumane' conditions. Then, on July 19, a Swedish court granted the prosecutor permission to keep the rapper in custody while the investigation continued.

His arrest and subsequent treatment by Swedish authorities sparked an internet movement to #freerocky. The movement has garnered support from countless fans and celebrities — even evoking a response from President Trump and the State Department. Despite President Trump's attempt to aid the rapper, Sweden's judicial system is totally independent of its other government bodies. Thus, the Swedish Prime Minister responded to Trump stating that he could not influence the situation in anyway as "in Sweden everyone is equal before the law."

NBC News reports that Rocky's Lawyer maintains that he and his crew were defending themselves in the recorded brawl. However, the public prosecutor Daniel Suneson stated Thursday that he had "come to the conclusion that the events in question constitute a crime... despite claims of self-defense and provocation." The two men who were initiated the encounter with the rapper and his crew face no charges.

The trial is set to begin on Tuesday and will go on for three days. Rocky's two associates, who were recorded alongside Rocky in the videos of the street altercation, have also been charged with assault. The three will remain in jail pending the trial and face up to two years in prison.