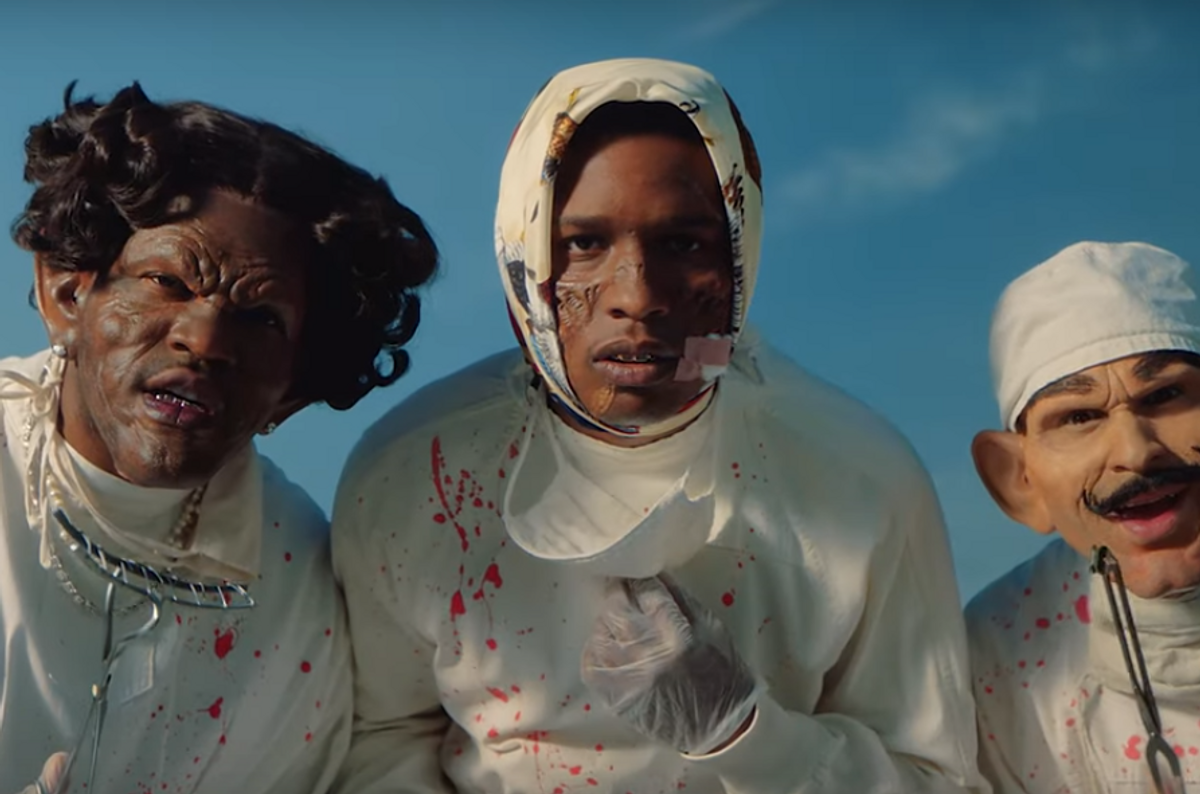 Is A$AP Rocky's New Video About His Swedish Detainment?

In the days following his August 3 release after over a month spent in Swedish jail for assault charges, A$AP Rocky has been fairly candid about his plight.

The rapper has since thanked his supporters, which included everyone from Kim Kardashian to, surprisingly, President Trump, and even some crazed fans. And two weeks ago, Rocky expressed gratitude for the hip-hop community that rallied around him during his Real Street festival set in Anaheim.

But perhaps the most explicit statement (or non-statement, depending on one's interpretation) about Rocky's misfortune in Sweden can be found in his new video to "Babushka Boi," out today.

The Nadia Lee Cohen-directed video is a cartoonish nightmare that sees Rocky and friends robbing a bank and going on the lam from pig-nosed police officers. Its previous Dick Tracy-inspired trailer seemed to provide the storyline's origin. The clip goes through many scenes of Rocky exploring the double meaning of "babushka," wearing trifold scarves atop his head and sitting on the laps of grandmothers. Similarly, there are shots of elderly Russian women, all wearing headscarves, who seem to aid Rocky in his crime spree. The pig-nosed cops are shown functioning like a mindless herd, right up till their bloody end.

Given Rocky's recent legal troubles, some fans are drawling parallels between the lawless themes within "Babushka Boi" and his Swedish detainment.

As it turns out, though, the video was reportedly filmed long before Rocky's arrest, and the song's first snippets began making the rounds about a year ago. The overlap between the video's and his release are most likely just strange coincidence. Either way, people are talking.