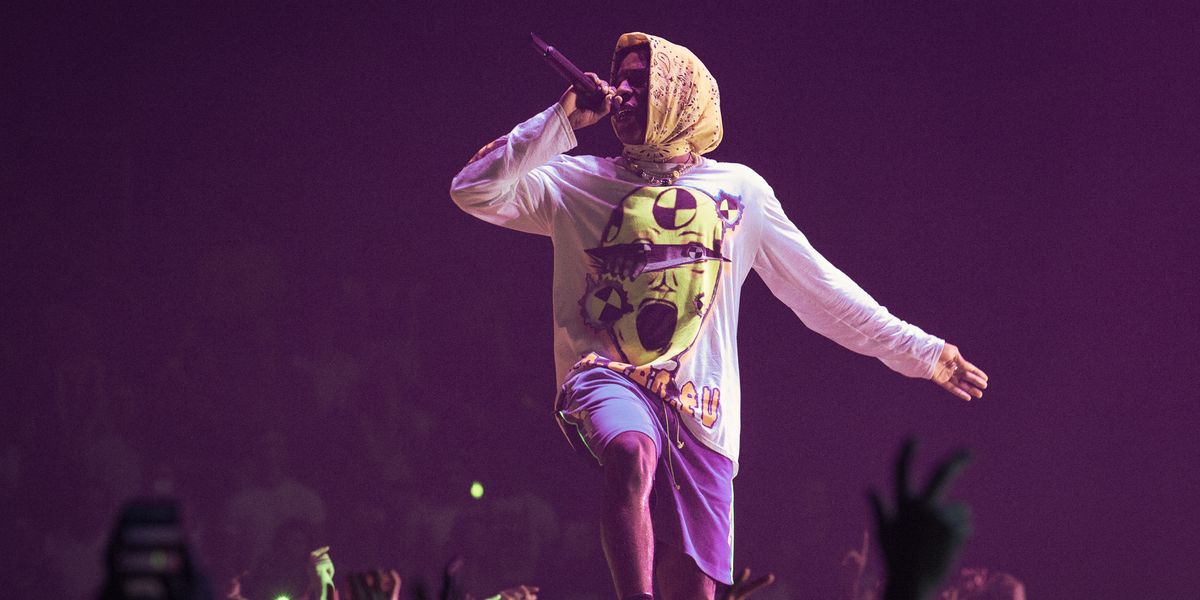 Everything To Know About A$AP Rocky’s Sweden Arrest

A$AP Rocky's European tour has been cut short in Sweden, following his arrest in Stockholm on July 3. Local authorities allege he and four friends attacked two young men in the street, but video footage shows they may have been acting in self-defense.

The rapper, real name Rakim Mayers, faces serious assault charges that could end with a six-year prison sentence. There are reports he's being held in solitary confinement, with limited access to food, water, and sanitation. Numerous musicians are leading a #FreeRocky campaign.

Catch up on all the details, below.

TMZ, which has truly been at the forefront of A$AP Rocky reporting over the past few days, was the first outlet to post video footage of an alleged brawl that broke out between the rapper's crew and two unknown men on the streets of Stockholm on the evening of July 30. The first video, uploaded to YouTube on July 1, was pretty damning: Rocky and his friends were shown repeatedly punching and kicking one of the men. According to TMZ, Rocky and his crew "then took off, leaving the guy knocked out on the ground." Police showed up shortly afterwards.

Then A$AP himself started posting about the incident on Instagram. He claimed that the two men had been following his crew and making threats — a female friend says one of them groped her, too. According to one video, the two men hit the rapper's security guard in the face with a pair of headphones. In the earlier clip, A$AP says he does not want to fight the two "drug addicts," and tries to mediate the situation peacefully.

A$AP Rocky performed at a Stockholm festival on the night of July 2, two days after the alleged assault took place. He was arrested right afterward, handing himself over to authorities, according to TMZ. He missed a scheduled performance in Norway the next day, and Poland the day after that.

He will be held for at least two weeks while police investigate what went down on June 30, and then it's possible he'll go to trial. The rapper's lawyer told the New York Times that A$AP was detained after being unfairly considered a flight risk. His legal team unsuccessfully appealed his arrest to Sweden's high court.

There are numerous disturbing reports that A$AP is being denied basic rights by Swedish authorities. According to A$AP's manager Chace Infinite, the rapper wasn't allowed to contact US consular officials upon his arrest, which is a violation of UN conventions. He has reportedly spent time in solitary confinement, with restricted access to food and bedding, according to a People source. Prison officials denied the conditions were that bad.

TMZ paints an even worse picture: "The rapper is sleeping on a yoga mat with no blankets. There is a prisoner in the next cell with severe mental issues who slams his head against the concrete wall and hurls feces every which way ... feces that are not cleaned up. The water, we're told, is not clean and the food is not edible ... for the first 5 days A$AP Rocky ate an apple a day, and that's it." The facility is described as filthy and "disease ridden."

What fellow musicians are saying

A$AP's fellow artists have come to his defense. Travis Scott yelled "free Rocky" during his performance at a London festival, Tyler the Creator is leading a Sweden boycott, and Schoolboy Q, Post Malone, T.I. and Miguel have also posted on social media about Rocky's unfair treatment. Jaden Smith tweeted "Free Rocky" earlier today, and got it trending on the platform. Sheck Wes said he'd also been treated roughly by Swedish authorities while visiting the country.

How fans can help

Almost 150, 000 people have signed a #FreeRocky petition! Fans can get additional updates by following A$AP's creative agency AWGE on Instagram.