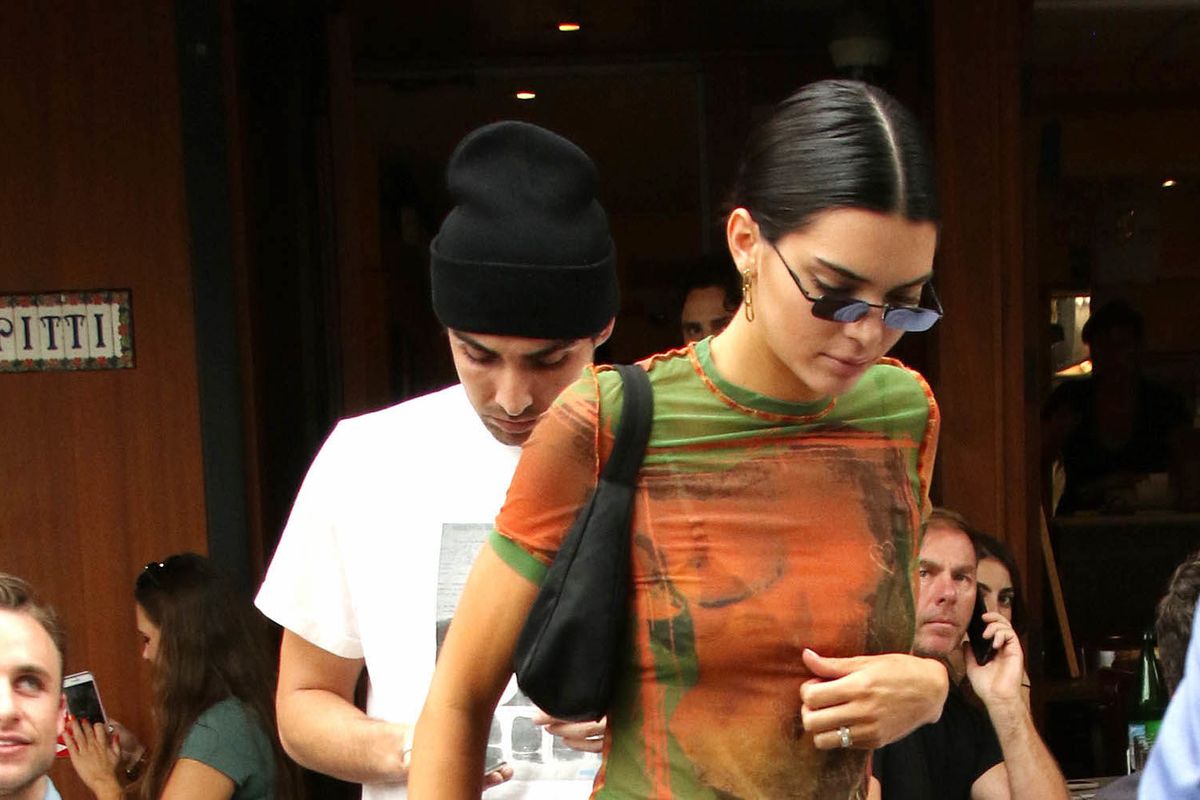 Why Is Everyone Wearing These Sheer Tie-Dyed Shirts?

Asai is a young brand, but Ta already has a trademark item: the "Hot Wok" top. You've likely seen the Hot Wok around for months; a long-sleeved shirt made of sheer fabric in multi-colored, tie-dyed panels, joined by curly hems. It seems like every person working in the glamour industries (apologies, but I refuse to use "creative" as a noun) has at least one. Four models sported them, huddling together, on the cover of M le Monde magazine in November. They are everywhere, the shirt of the moment.

The Hot Wok is reminiscent of a popular '90s style: semi-sheer mesh shirts by French legend Jean Paul Gaultier. Gaultier tops, which come with eye-catching graphics — the Virgin Mary, Renaissance sculptures, x-rayed spinal cords — have experienced a resurgence over the past few seasons. I feel like every day I see someone wearing one from idyllic Chinatown vintage shop James Veloria. Even the Kardashians have gotten in on the trend: Kim K recently wore a purple vintage Gaultier dress that she had tailored into a two-piece, and Vogue's Liana Satenstein pointed out that Kourtney Kardashian and Kendall Jenner have both been spotted in the same green Venus de Milo style.

In a piece for SSENSE published last week, stylist and editor Romany Williams examined the popularity of the Hot Wok, questioning if it's "growing harder to discern if we're coveting something or if it's simply been presented to us as a pattern."

"The art of tie-dye, or often, the simulated effects of it, have been having a moment," wrote Williams. "The Hot Wok was perfectly timed with this collective movement towards color and pattern. Perhaps we're self-medicating with hippie 'peace & love' aesthetics because we feel starved of both?"

"Peace & love aesthetics" are indeed having a moment — consider the momentous rise of t-shirt brand Online Ceramics, a label beloved by the likes of John Mayer and Jonah Hill and designed by actual Deadheads. There's the Prada spring 2019 tie-dye, the omnipresent Eckhaus Latta jeans. We are looking to clothes to comfort. Even the thirst for vintage Gaultier can be folded into our culture's overall unending '90s nostalgia: the desire to go back to the last time that things felt vaguely peaceful, at least in American bubbles.

Ta is heavily inspired by '90s clubgear. He told the New York Times that he thinks about the styles his four older sisters sported for nights out. Asian iconography is also essential to his collections; Ta's parents fled the Vietnam War for England in 1979, and he beautifully incorporates references to Vietnamese history into his designs. "The end goal is to show the similarities between cultures, not highlight our differences," he said.

Ta, and JPG himself, are both so playful, so bright and joyous. "My clothes just make people feel spicy," Ta told the Times. He's a star.