As contemporary design continues to reject reinvention in favor of adaptive forms and people seek ever-more individualized modes of personalization, we are seeing the rise of highly-articulated subcultures around the language of customization. A parallel response from industry has been to commodify product culture. From the clothes we wear to the most expensive luxury items we focus on to help signify who we want to be, identity is gradually shifting away from absolute novelty as consumers look to a palette of serial choices to define their own uniqueness. When it comes to representing, judicious consumers are fabricating a new vanguard in design where brand bling is no longer enough. Like style, it's what you do with it, but in a radical departure from even the mad mix-and-match of high fashion, it is more than that -- it is what you do to it.

To understand the advent of custom culture, it's important to look at it as something at once very recent and as old as anything we have ever made. We need to know that for all it says about how weird we've become in our relationship to materialism, this current customization craze is part of a more complex phenomenon surrounding the evolution of production and, yes, consumption. The facility with which companies now allow us to personalize utilitarian objects is a result of technology's impact on manufacturing and the continuation of a lineage inherited from before the industrial era ushered in mass production. If the assembly line introduced mass ownership of functional and decorative items, what we are experiencing today is an aesthetic intervention in the assembly line itself that allows for new consumer classes to mimic the purchasing patterns of (wealthy) patrons of craft. So rack it up on your credit card, the dollar is play-money anyway; we can all select some sense of personal style as if everything we own was made with just us in mind.

In contemporary terms, whether you are talking about toys, treads or automotive transportation, chances are that you will not only be given a more elaborate menu of styles, colors, insignias, designs and alternatives than ever, you will also be asked to enter into some digital dialogue with the end product. As Paola Antonelli, curator of design at New York's Museum of Modern Art notes, "What can now be digitally mastered, in the way that objects can be made by a computer is, in effect, customized digital design." Comparing this to what she describes as the "ideal standards of high modernism," Antonelli says, in relation to her recent MoMA exhibition, "Design and the Elastic Mind": "Industrial production in series produced a kind of suffocating conformity. It offered an optimistic futurism but it was more of a stylistic socialism, and it turns out that we do want to be unique -- it is in our nature as humans." Innate as this may be, design style, she reminds us, is a product of economics. "It was very pricey to stop a machine, even if only to change the color of a car," Antonelli explains, "to insert variation you had to stop the assembly line of manufacture, losing both time and money, which industry would not afford." The interest in novelty today is driven less by pure forms of invention than custom modulations created within standard uniformity.

It doesn't seem so long ago that customization was an adolescent whimsy -- be it flames and pin-stripes on a car, psychedelic hippie doodles on jeans, juvenile domestications of a suburban van, or even the aesthetic oddities of artist Kenny Scharf's product-customizing alter-ego as Van-Chrome in the '80s -- but if it's more the norm than whimsy today, is it merely an exaggeration of youth culture in our late capital decline? Local authority on the cultural and artistic history of design, Murray Moss, doesn't think so. "Before the possibility of production in multiple arrived in the mid-19th Century, design was the province of aristocracy," he says. "There were no lines -- it was created for the noble class, all to order as a conversation between patron and artisan."

Also citing the sea change of technology's impact on design, specifically stereo lithography (also known as rapid prototyping), Moss points out that the increasing accessibility and affordability of this computer-aided process of converting representations into objects, "has made production closer to an art and turned what was formerly intended as the costly prototype for mass-production into an inexpensive exact copy that can be produced individually -- which is customization." Noting other social conditions as well, Moss sees customizing as a consumer desire predicated on two decades of increasing prosperity. "Coffee is the perfect model, and Starbucks is the definitive customized mass-product," Moss says. "We want to be discerning and unique as we become more and more self-defined as consumers, and here is full selection of options that says, 'This is just for you, exactly the way you want it.'"

Now that we can get most anything we want just the way we want it, the question regarding design today is: Does this mass-market simulation of aristocratic fancy really constitute an emancipation, or is it merely the equivalent of Burger King's "special orders don't upset us"? We may sculpt our bodies, hire stylists to customize our look and personalize everything we buy as consumers, but it remains to be seen if that will indeed make us different or, in the end, very much the same. 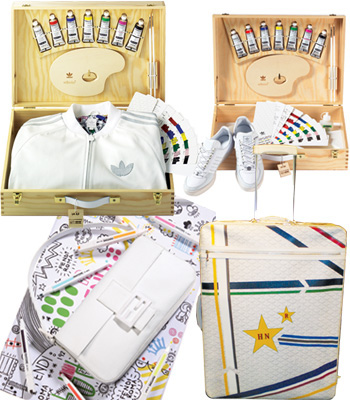 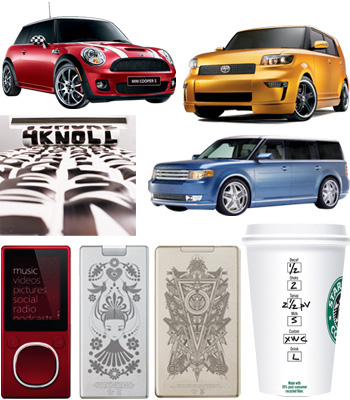 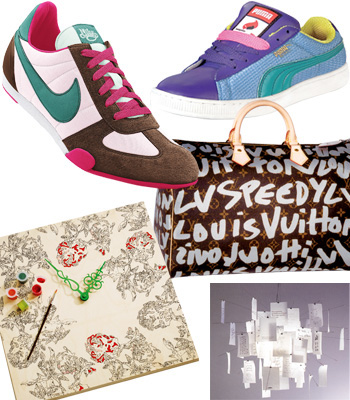 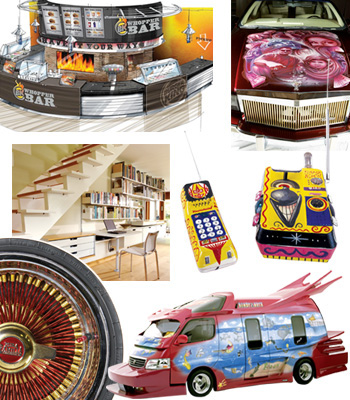