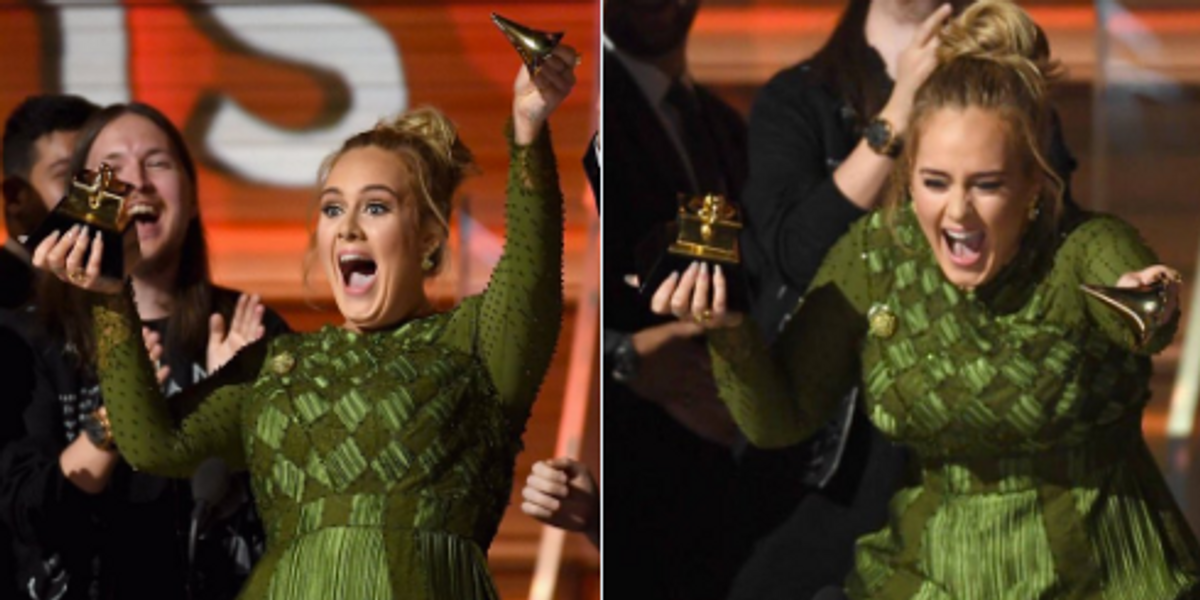 As Much As We All Wanted to Believe, Adele Did Not Break Her Trophy For Beyonce. Sorry.

It was the first Grammys under Trump's oligarchy and despite the fact we all WANTED to believe Grammy favorite and very nice person Adele broke her trophy in two to give share it with Beyonce, that's just not the case. I'm sorry, Mean Girls just isn't real life.

As much as Beyonce surely would have appreciated the top half/funnel part of a Grammy that she wasn't in fact awarded at all to add to her plethora of trophies that hang on a mobile above Blue Ivy's bed to give her something to aspire to, that is not what Adele intended to impart to her at all.

What really happened is Grammy favorite and very nice person Adele, while delivering speech about how Beyonce should have won (an emerging trend, it seems), simply broke her trophy in two. By accident. She also requested a new one. On purpose.

Let's remember Adele's very nice words though, while Bey mouthed "I love you" with tears in her eyes, graciously feigning modesty in the very best way.

"She is my icon of my whole life...I remember how I felt hearing her voice. I fell in love immediately with her. The way I felt when I first heard 'No No No' was exactly the same as when I first heard Lemonade last year...The other artists who mean that much to me are all dead."

Same, except you @Rihanna.