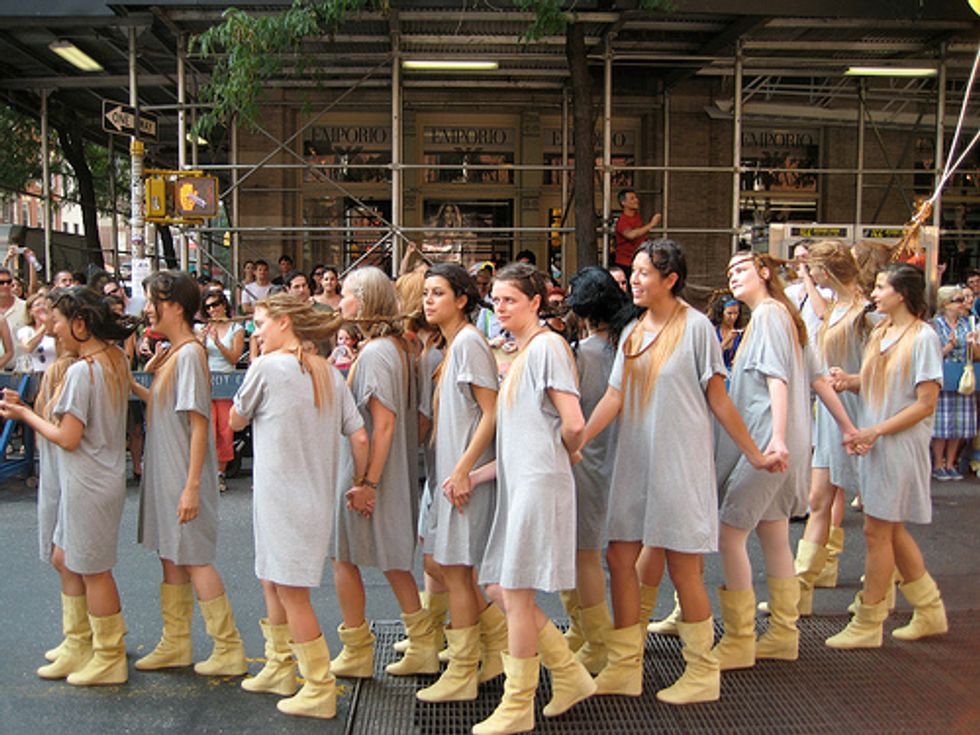 The Art Parade yesterday was a joyful insane explosion of wild ideas people, art and plain old fun. Thank God we can still participate in something as uncommercial as this in new York. On arriving I ran into artist Kenny Scharf, almost unrecognizable as a cave man on acid. He was the grand marshall of the parade and was being pulled by a golf cart driven by my near naked friend Paula who is not only my gardener (I kid you not) but an amazing striptease performer who came from Seattle for the occasion. Kenny had his teeth all blacked out and was wearing nothing but a black diaper with a giant bone (no not boner) in it and eating a huge skewer of donuts. As I turned around I saw my other friend Kembra Pfahler in her usual scary gear (which almost seems normal to me now but would actually frighten Al Qaeda into surrendering if they ever caught a glimpse of her). Our vehicle was the Heartschallenger ice cream truck which we decorated in my driveway (to my doormen and neighbors' dismay).

Diesel generously bought Heartschallenger 1,000 ice cream pops so we threw them out to the sweaty grateful crowd as we lallygagged along the parade route down West Broadway to Grand Street. It was so much fun but then as soon as we turned the Grand Street corner it was back to Fashion Week. We hopped a cab and headed for Threeasfour's show! If you want to see lots of photos of the parade yesterday check out Eric Mortonson's page on flickr (see some photos below... I especially like Eric's photo of the girls who were attached to each other by braiding their hair together.) 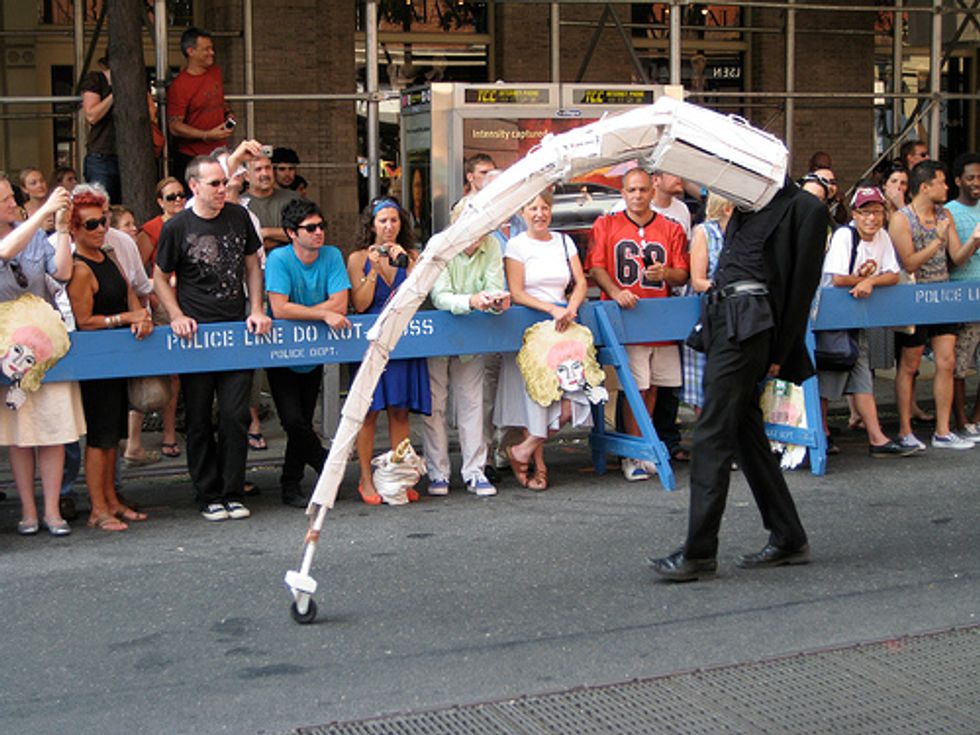 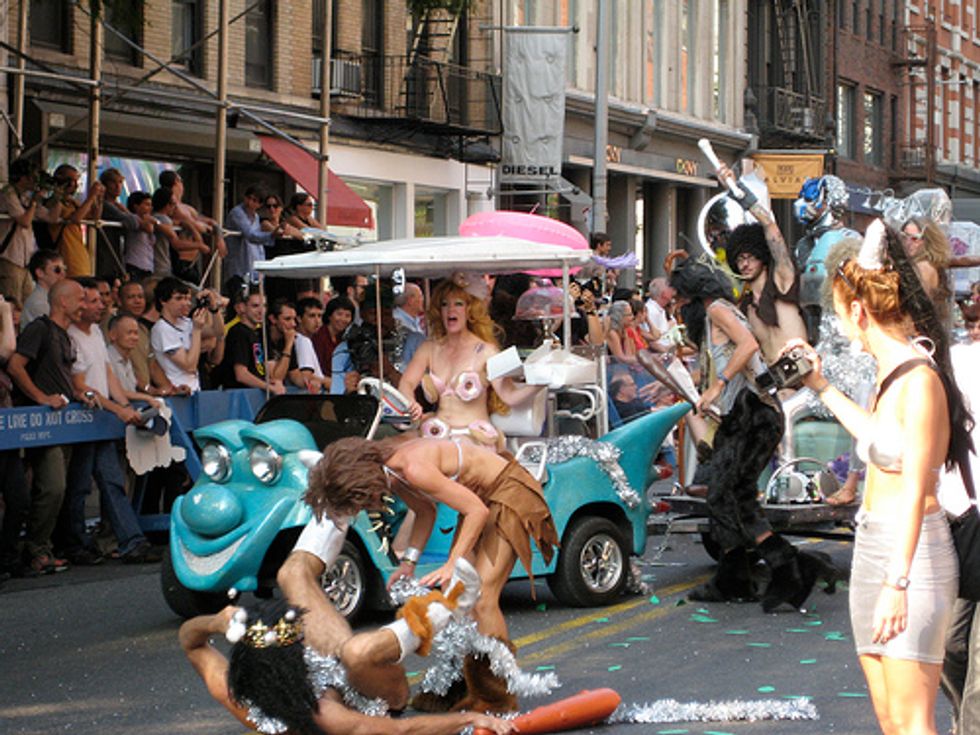 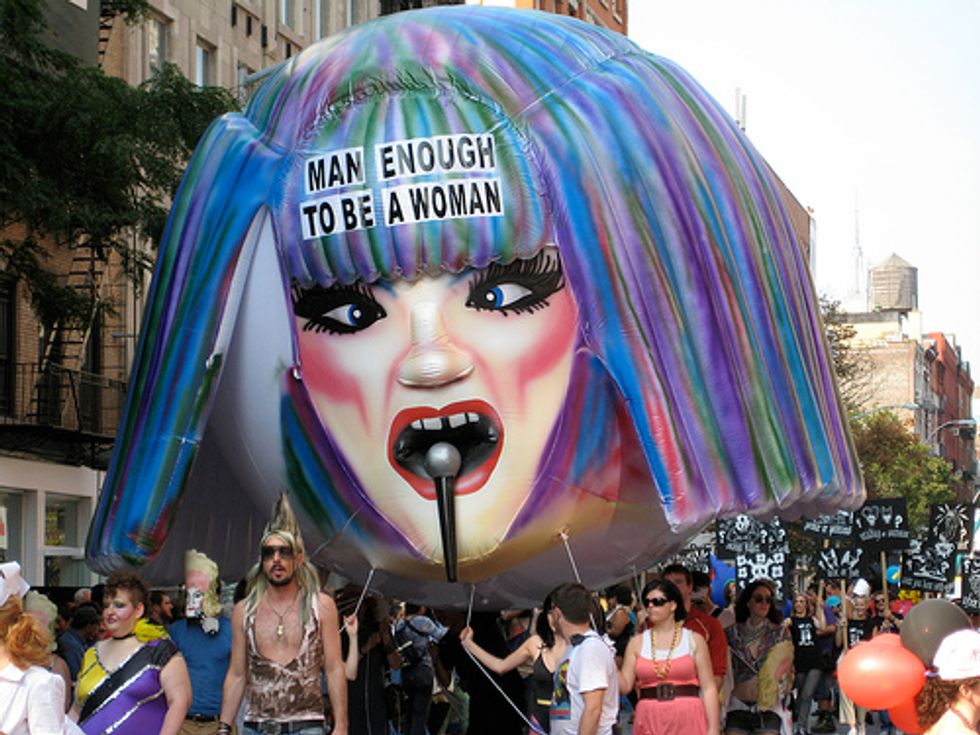