The New York International Gift Fair is coming to New York from August 15th-20th, offering industry insiders a look at thousands of vendors hailing from far and wide—as well as some closer to home. One we're particularly excited about is Boston non-profit Artists for Humanity. The directors have a finger in every pie: AFH’s South Boston Epicenter is a completely green building with a Platinum LEED certification, and several design awards. The expansive, sleek space is home to the studios, and various events with an environmental or art theme such as April’s “Greatest Party on Earth,” an art show inspired by the planet. Stylists for local Stuff Magazine and serious graffiti artists work there, keeping AFH connected with Beantown’s fashion and street-art scenes. The project has recently started designing for hire: two notables include large scale banners for a W Hotel/Stuff Magazine party—they even sent their break dance crew United Roots to perform--and sick bike racks for one of Boston’s neighborhoods.

One feature of AFH is that all the artwork is created by Boston public school kids. Teens participate in an apprenticeship program that gives them paying jobs (already a miracle, considering that teenage unemployment hovers around 24%), to practice their passion in a state-of-the-art workspace they designed themselves, mentored by professional artists and program alumni. Bonus, the painters and photographers pocket half of their sales at shows and events. In sum, AFH becomes a second home and family for its artists while providing invaluable services to the city: the creation of art and the empowerment of young individuals.

In keeping with their green mission, the products offered by AFH this weekend will be sustainable in form as well as message. Favorites include the peaceful and tripped out kaleidoscopic nature wall hangings: in one a tree is twisted and turned until it becomes a latticework of trunk on green cathedral window. Another cool item -- tables made from old rolled-up magazines, can be customized to order. Anyone want to immortalize their collection of PAPERs?

AFH is at booth 2351 for their first time ever at NYIGF August 15th-20th at the Jacob K. Javits Convention Center: 655 W 34th St. If you don’t have the business creds to see them at the show, you can always check out this incredibly inspiring project and their work at afhboston.com. 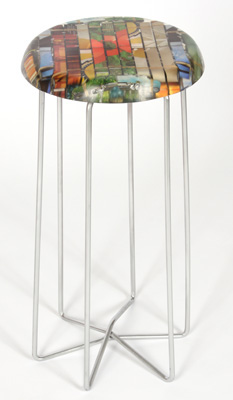 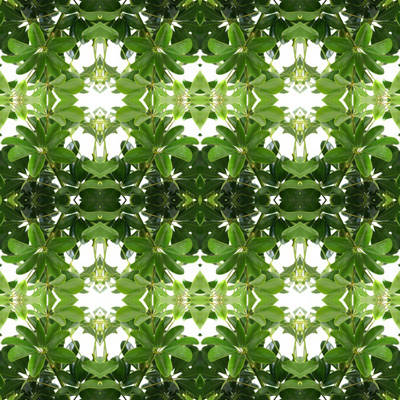 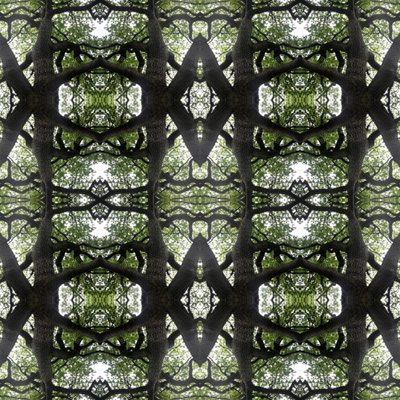