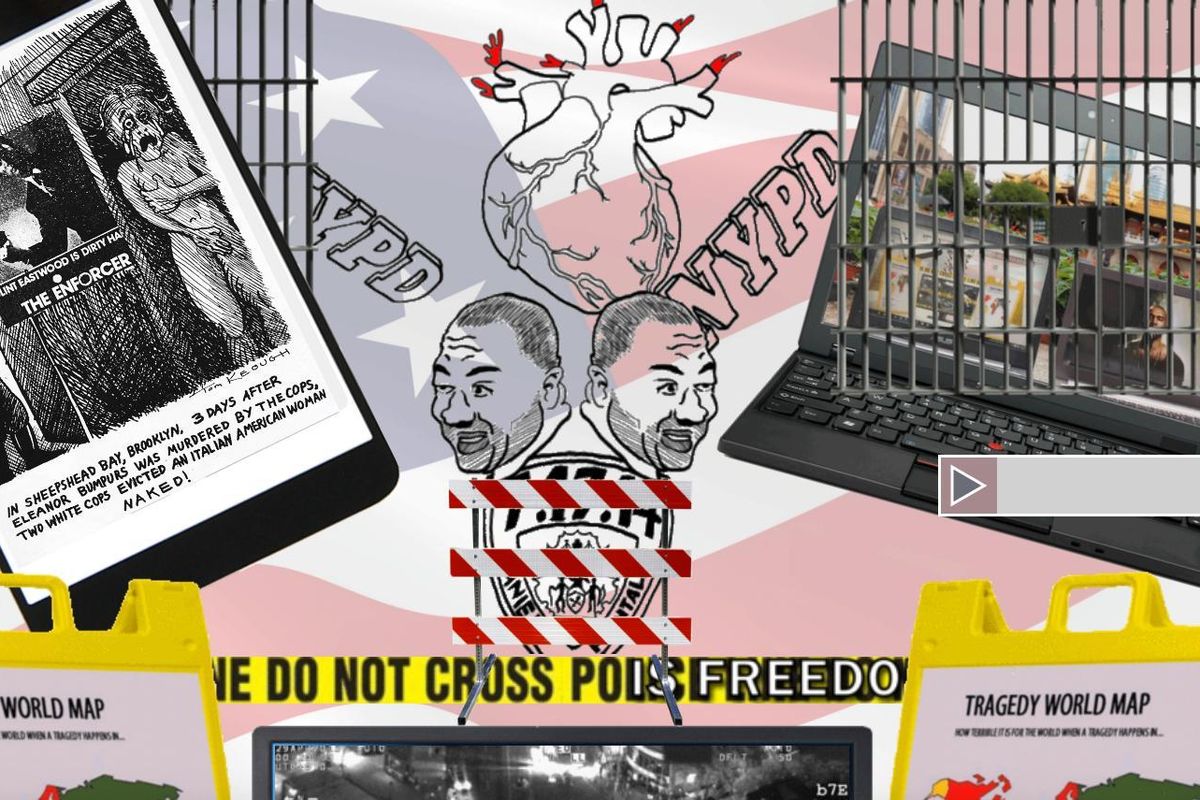 Artist Diary: Wang Rou On The Opaqueness Of "Transparency"

Our friends at NewHive are currently in the midst of a two-week-long series of commissioned artworks exploring privacy, surveillance and prison reform, and in conjunction, we'll be running a series of accompanying interviews, features and essays by the featured artists. The fourth installment of this series comes in the form of an artist diary by Wang Rou.


People and events are constantly being monitored, mapped out, simulated for predictive analysis, and objectified as data. But not everything becomes processed. Connections cohere as information through the displacement of partial connections moving faster than our ability to interpret them, eventually coalescing as an opaque enclosure framing ideological screens that pass as "transparency".

Wang Rou's IPRR is a performance piece revolving around a cluster of recordings, media and hyperlinks, put together for speculative purposes. Performers browsing in New York, Kuala Lumpur, and Shanghai become linked when each successive user accesses information deemed illegal in the next country in the sequence.

This game of round robin played across three nation states illustrates a triangular prison in which the median between information regimes comes to be posited as a site of displacement - a space where data becomes relegated and expelled as "information (to be) processed by the other" to sustain the illusion of transparency.

Now, Wang Rou takes us behind the scenes of IPRR with his artist diary.

is freedom by Wang Rou

IPRR is the first in 3 blueprints leading up to the launch of Violent Opaque, referencing the opaqueness of the screens where things come to be broadcast. The second will be a mini exhibition that will run from the 14 to 16th of October, for an art festival called Brew&Blend 2016+X in M50, Shanghai. The third exhibition will incorporate three performance sites in the three cities where IPRR took place, connected 24/7 via a live video stream. Joining us to realize this is the artist Michael Walker, who has developed vibrant relational strategies revolving around streaming via his platform livingroom.today.

I am interested in the dual signification of a person's absence/ arrival in another country via streaming. This comes from the desire to determine the cultural status of screen itself, rather than cultural signifiers presented through it - I wish to use the materiality of streaming to question the transparency of surveillance. A working hypothesis is that freedom is to be unformed, not informed. This is rooted in my suspicion of transparency societies (Byung-Chul Han).

In working towards these goals, the old post-internet dilemma about the relevance of galleries arises - often during discussions about Violent Opaque what it noted is that events don't have to streamed from a determined location - eventually I would like to be able to curate fluidly. Gabriele de Seta, our group's media theorist based in Taipei, has bought the domain violentopaque.space, where the works will be centralized/ documented/ streamed/ exhibited. My intentions are for all the trappings of an exhibition - catalogs, titles, attributions etc. to be illegible on the actual sites and legible online - This is also a way of framing the circumvention of censorship in a physical space as performance.

to be informed by Wang Rou

The designation of an art space may be redundant, but I'm also interested in relationships surrounding these spaces as they come to be reproduced by culture industries - so often what is usually established as a reservoir for difference eventually defaults into a specialized 'time and place' which posits that you aren't free in other contexts. In looking for 'spaces' there is a desire to incorporate dialogue about this specificity and how it's actually (part of) a regulatory mechanism of sorts. The idea I was entertaining in developing this platform is to defer 'time and place' - like the woman from Falcon Heights who livestreamed the aftermath of her boyfriend getting shot. What is haunting about the video is how impersonal she appears, as if thinking "in streaming this moment, let others narrativize this, I am out of the situation".

So there's the idea that within all these relations of transparency there are things that happen faster than we can process them, and what is unprocessed - left for others to make sense of - organizes one's experience of event. There is a violence that happens in this 'frame of transparency' because some people are deemed more worthy of empathy, some more human than others. Deaths in some places are more newsworthy than deaths in others - does the virtual actually challenge these attention economies, since the economy itself is virtual?

My thesis is there is always an ideological element of things relegated as "information (to be) processed by the Other" in transparency. With the play of nation states I hope to subject different ideological regimes to a kind of cross-fertilization of the critique of transparency without having one dominant narrative going on.


or unformed by Wang Rou

Wang Rou is the Facebook moniker of an artist and curator, 陈睿达, born in Kuala Lumpur, currently working in Shanghai. Among other works that are serial and accumulative, he does a browser performance series where he talks into a mic while projecting his social media interface – clicking through tabs of emails, youtube videos, and screenshots re-purposed for a story. The name 'Wang Rou' is used to frame tangents of online activity that build up on a paranoid narrative about the artist's every move being watched by a hacker, causing him to develop stockholm syndrome in relation to the gaze keeping him psychologically captive. Wang Rou harbors hopes that this entity, the hacker, will put together the sum total of his online gestures and understand him better than he does, having observed all compartmentalized incarnations of his persona towards different people in private messages. Within the narrative, the live situation of the browser performance is a way of acting out in public, hoping someone in the audience is the hacker and will reveal themselves to him.