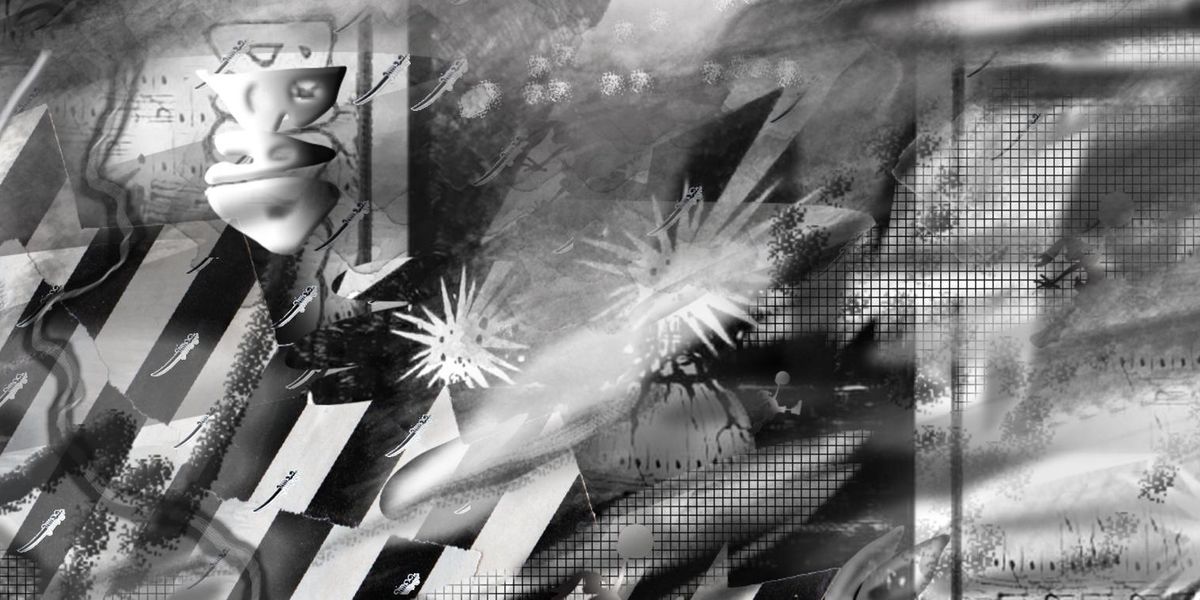 
geetha thurairajah is a visual artist based in Toronto, CA. Her paintings interpret post-identity experience through a digital lens. Her current show, Boons of Another will be on view at AC Repair Co. (Toronto) until October 22nd.

Now, geetha takes us behind the scenes and into the process of creating her most recent collection, Fables.


in touch by Geetha Thurairajah

As paintings of the boundaries between cultural histories and lived experiences, these "landscapes" present the virtual quest for selfhood. Confused, complex and completely absent, these places capture a sentiment of cultural hybridity- the essence of displaced adolescence renewed by the virtues of becoming an Internet Explorer.

Each painting begins with a destination photograph captured via the Internet, a tea plantation from the 1800's or a Bad Brains poster become backdrops in the search for finding an authentic self. The symbols are biographical and riddled with contradiction as icons from popular culture and misunderstandings about an ambiguous cultural past collide. The resulting works are abstracted spaces where identity can perform in complete fluidity.


Each painting begins with a digital photograph of a "location" connected to a personal history. These images include a Sri Lankan colonial estate, a tea plantation, Canada's largest Hindu temple, a Bad Brains poster and a textile depicting wild horses. Each image is filtered through a technology- some are captured through a photographed computer screen, which distorts the images with interference and the effects of parallax; others are scanned and affected through Photoshop filters. The result is a series of universal images made personal through technological transformation. These images are further personalized through an abstract painting process as digital marks created in layers through Photoshop are applied in mimicry of a physical painting process.

under siege by Geetha Thurairajah

Thematically, I play with icons that represent my own heritage (misunderstandings about Hinduism, popular culture, Internet memes and alienated ideas of the "homeland"). Bugs Bunny, a common referent, becomes my stand-in as a character who is able to shift identities in order to survive.

My goal was to represent a third space; technically, by going between physical and digital painting motifs and thematically by collapsing icons from personal, religious and pop cultural sources.