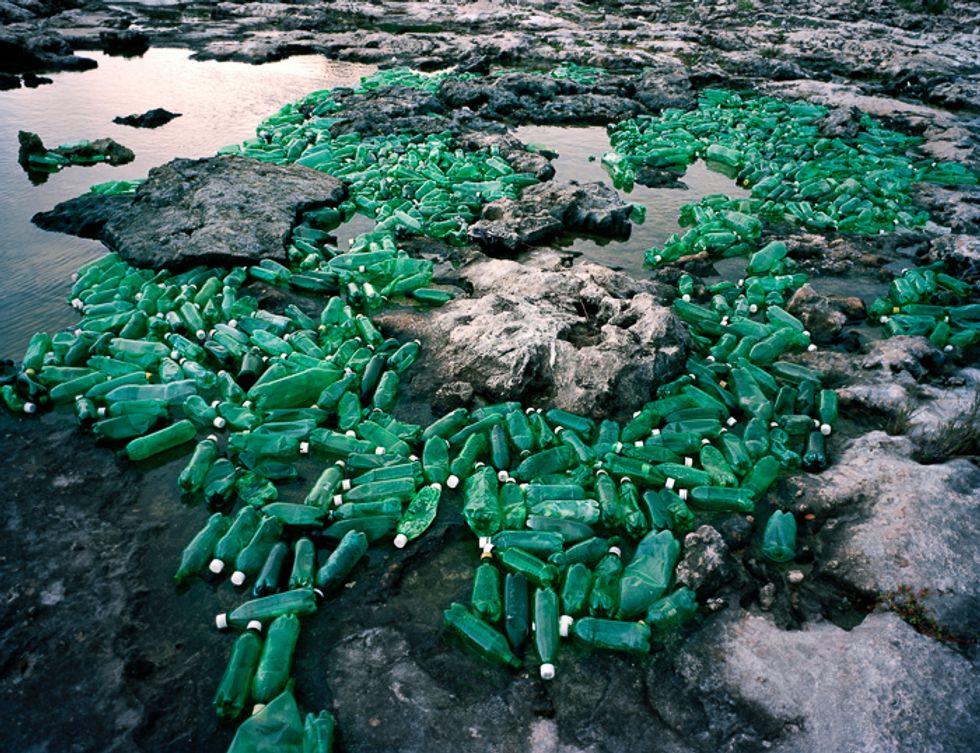 While on vacation in Mexico in February, we decided to drive from Tulum down to Punta Allen at the end of Highway 109.  After an hour we stopped for a swim, but, sadly, couldn't even get close to the water due to the incredible amount of plastic crap that covered every square inch of sand. Of course up in Tulum, they clean the beaches every day so the tourists can pose in beautiful sunrise selfies.  A few miles away -- and ironically in an area called the Sian Ka'an Biosphere Reserve -- there are no regular clean-up crews, so you get a glimpse of the sad reality of ocean pollution.

Mexico City-born artist Alejandro Duran has documented this huge depository of trash with a series of photographs called "Washed Up."  He uses the trash to create and photograph color-based, site-specific sculptures and hopes that the works "mirror the reality of our current environmental predicament."

On Wednesday, April 22nd, from 6 to 8 p.m., there's an opening for an exhibition of photos from Duran's "Washed Up" series along with a screening of a short film directed by Stefanie Duran at Habana Outpost (757 Fulton Street, Brooklyn), near their current home in Fort Greene, Brooklyn.  Next month, there's a "beach clean" scheduled for May 2nd in the Sian Ka'an Reserve and another photo exhibit on May 11th, nearby in Punta Allen, Mexico.

And, yes, today is Earth Day.

Take a look at some more of Duran's works, below.