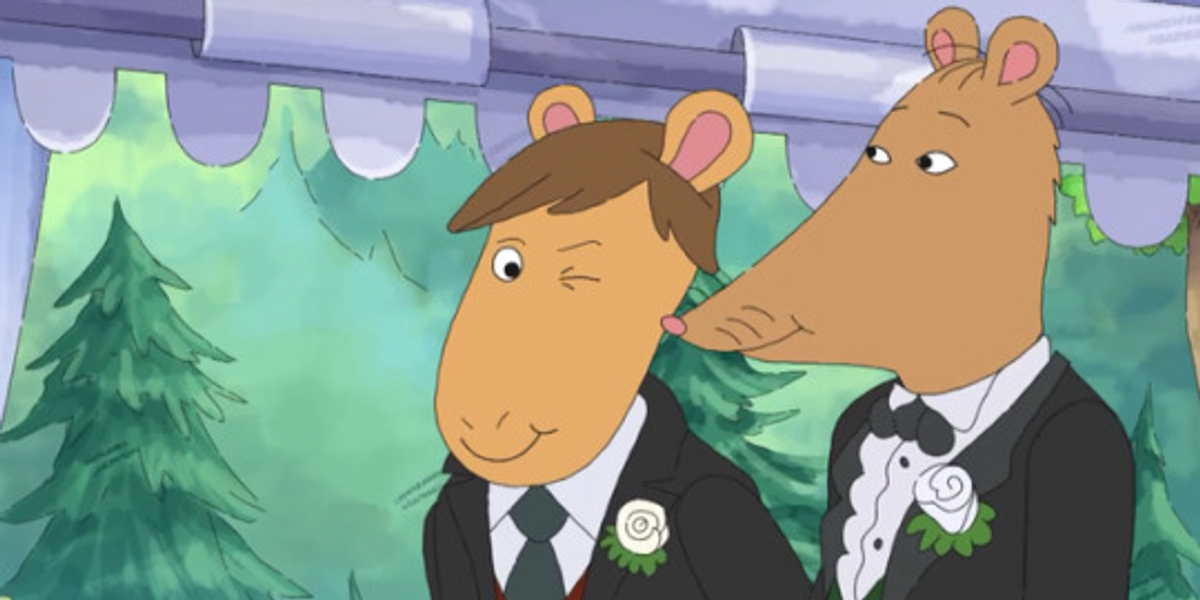 Mr. Ratburn Comes Out on 'Arthur'

Beloved teacher Mr. Ratburn has come out as a gay man on the season 22 premiere of Arthur! And no, happily this isn't like when a Sesame Street writer finally admitted that Bert and Ernie are queer, only for the show to retract it.

In yet more heartwarming proof that today's kids are growing up in an pop culture environment where queer love stories are acknowledged and even occasionally celebrated, the entire episode reportedly centers on Mr. Ratburn's wedding. Arthur and his friends are surprised to discover their teacher is getting married, and at first assume he's engaged to a woman they see him talking with in a cafe — she's voiced by special guest star Jane Lynch, which is a fun Easter egg. It turns out that Lynch's character is actually Ratburn's sister, and his sexuality gets a low-key reveal during the ceremony. The word “gay" isn't used at any point.

It’s a small step, but a symbolic one — in 2005, an episode of Arthur spinoff Postcards from Buster was banned from airing on PBS after then-Secretary of Education Margaret Spellings criticized it for daring to depict a lesbian couple. Ah, the Bush administration.

Congrats, Mr. Ratburn! Is it weird for me to watch this children's TV show when I get home from work tonight?