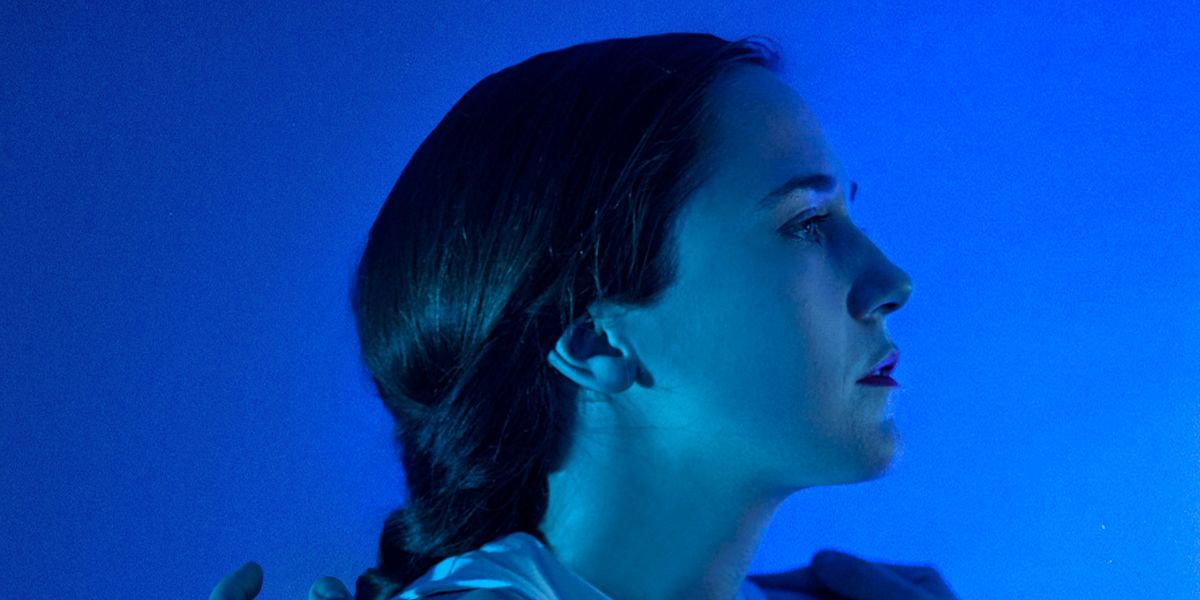 Listening to Arthur Moon's discordant and strangely lovely pop is like viewing a Kandinsky painting: all abstract forms, nonsensical scenes, vivid colors, and broken rules. But Lora Faye Åshuvud, who anchors the project, rather than being on a mission to "defy" pop convention, seems never to really have learned the rules at all. She's an award-winning composer, singer and multi-instrumentalist who doesn't read music; she writes her lyrics using collaged newspaper clippings, and she cites an out-of-tune banjo and her own aphasia migraines (which cause her to speak nonsensically) as inspiration. The Brooklyn-raised Swede and graduate of Smith College possesses the kind of intuitive self-taught artistry that might be characterized as folk art.

Arthur Moon is also the product of a self-made philosophy called "odd theory," which happens to be the title of the weekly New York Public Radio show she hosts—or music that feels equal parts good and strange. Åshuvud has dubbed her work "incorrect music"—which, from a listener's perspective, perfectly describes her haywire sound. It emerges in part through her multi-layered method of musical collage, in which she and her cadre of collaborators, including Cale Hawkins (Quincy Jones, Bilal, Wyclef Jean) and Martin D. Fowler (a composer for This American Life) trade the demos back and forth, building their sometimes mismatching musical perspectives on top of each other.

Today, she's released her latest single, "Standing Wave": an ethereal but taut ballad that builds from synthetic glimmer to full-on improvisational meltdown. Using a constantly transforming time signature, the song takes sharp turns through a complex maze that Åshuvud's soulful voice wanders through, as new elements are introduced every few bars, from flute-like notes to gloomy strings to pattering bongo drums. A deep, jazz-like groove grounds the chaotic motion of the track, which despite sounding strange and "incorrect" in the way she describes, is intoxicating.

PAPER chats with Åshuvud about the unusual, three-year long creation of "Standing Wave," which you should listen to below, and her quest to "queer" music. Read on.

What is this song about for you? Instrumentally and vocally, it feels like an ebbing and flowing tidal wave.

That's cool to hear that it sounds like a tidal wave to you! The intention was definitely to represent something like that pattern of motion. "Standing Wave" is actually the longest I've ever spent making a recording—almost 3 years—so there's definitely been an evolution of the meaning of the piece for me as time has gone on. But throughout the process I was thinking a lot about this physics concept called a "standing wave," which describes the phenomenon that occurs when two waves moving in opposite directions collide and create a pattern of interference that looks as though it's not moving, or "standing" in one place. When it comes to sound waves, this phenomenon is actually responsible for harmonics in music—and ultimately for many of the musical intervals that sound "good" to our ears. I was falling in love when I started writing the song, and I was having this interesting experience where I was feeling as though my partner and my respective trajectories were so different and yet we were still moving together somehow, oscillating in what felt like this illusion of stillness, much like a standing wave. So I guess, really, it's just a super nerdy love song.

"As a singer, I'm hoping to figure out...how to make myself uncomfortable on stage, or rather how to be comfortable in the emotionally expressive power of my own idiosyncrasies and "incorrectness."

I read a description of your work as a type of a "incorrect" improvisational composition. What does that mean to you?

The idea, for me, is always to be making music that's somehow sideways, outside, queer. Where the perspective is skewed away from what's considered "correct" or "normal." Sometimes that's as simple as playing with groove and pattern in odd time signatures to create a sense of disorientation. Other times, it's more about the process. "Standing Wave" is an example of that process-based approach, as well, actually: the whole second half of the song was built around my original vocal demo that we flipped backwards, so that it was in reverse. Producer Marty Fowler and I then sent the reverse vocal line to the brilliant Christopher Marion, who built the thick string arrangement using the reversed vocal as the lead melody. After he'd sent back his arrangement recording, I assigned a set of syllables that sounded to me like they matched the inflection of his performance, and those eventually became the lyrics I wrote for the end of the song. We left in a bit of the original reversed vocal, which you can hear at the beginning of the B-section.

Which is all to say, it's a time-consuming, unconventional way to do things, but it also creates this interesting dynamic where we're removing the distinct perspective of some unique auteur, and instead we're allowing for multiple perspectives—mine, Marty's, Christopher's, the rest of the Arthur Moon band, the perspectives inherent to the mediums we're working in, and also just the slippery perspective of the random, the automatic, of chance. By removing our need for strict order and individual authorship, we can sometimes end up with these musical ideas that are way more interesting and subversive than anything we'd come up with in a more straightforward composing process.

As an accomplished composer, I would imagine your perspective on making music is a bit more cerebral than most. How does your experience as a composer influence what you want to say as a singer? What feels important for you to express right now?

I'm not sure that I'm any more cerebral than most—as someone who doesn't know how to read notated music, I actually often find myself in collaborative scenarios with music theory whizzes where I'm inclined to feel like my perspective in music is pure emotion and intuition, and very little of the brainy music-is-math stuff. Yet the cool thing is that many times, our tastes and impulses align. Those are the magic moments, and I have them all the time with the rest of the Arthur Moon crew (Cale Hawkins, Aviva Jaye, Marty Fowler, Dave Palazola, and Nick Lerman), who all have deep formal training and extensive knowledge in music theory.

You're right though—my experiences writing music definitely have an impact on what it is that I end up saying as a performer and a singer. Something I'm becoming more and more aware of right now is the idea that my vocal performances themselves don't have to be "correct," just as the compositions don't either. As a singer, I'm hoping to figure out what that means to me—how to make myself uncomfortable on stage, or rather how to be comfortable in the emotionally expressive power of my own idiosyncrasies and "incorrectness:" moments of pitchiness, moments of strain, etc. It feels like an important part of the project of braiding the music into the queerness and vice versa.