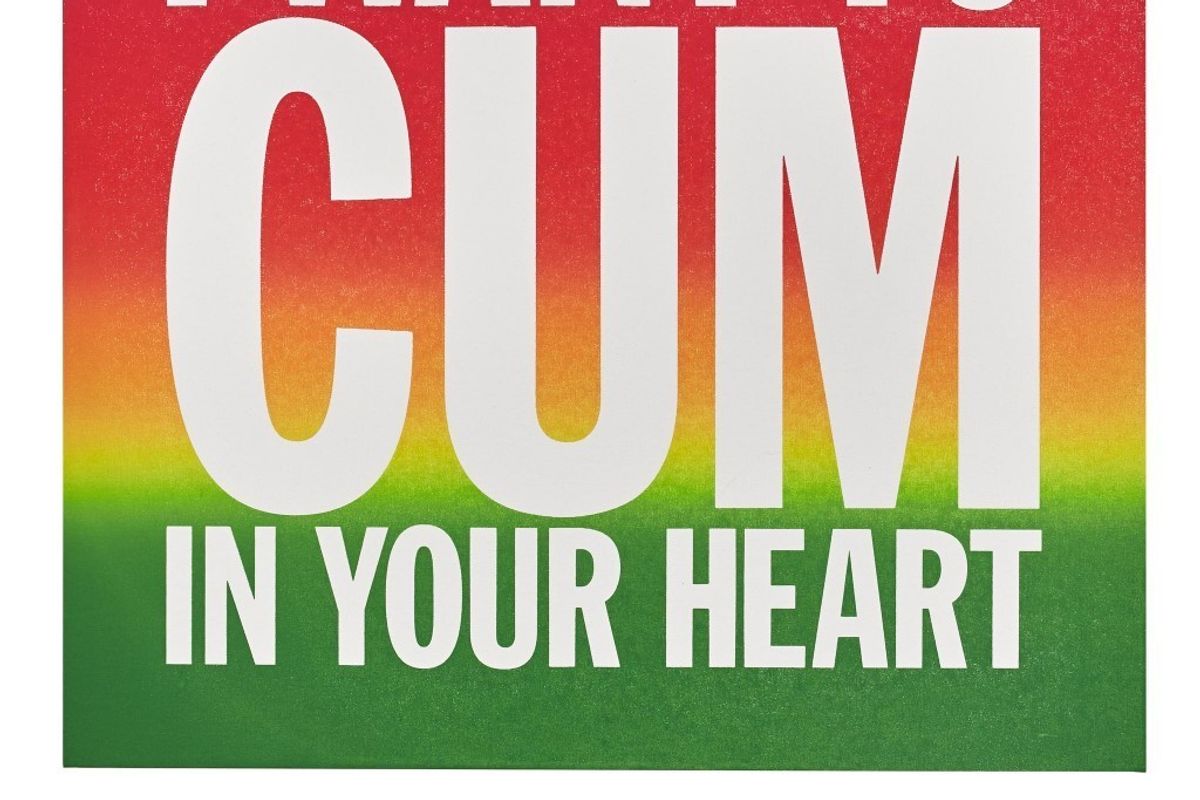 Shoot the Lobster (138 Eldridge Street) hosts a "sound lab/workshop" called "Good Night Day Care" organized by Michael Bauer and Nickolaus Typaldos and launching this weekend. On the first three evenings -- September 23, 24 and 25, 6 to 9 p.m. -- there will be performances of works created on the day by artists including TB5, King Pong, Dr. Evilletown etc. and, until October 2, the gallery will be selling related merch, t-shirts, posters etc. Go HERE for the full schedule.

Brooklyn-based artist Brian Andrew Whiteley's sculpture "The Legacy Stone" -- aka "The Trump Tombstone" seized by the NYPD in Central Park -- gets its first public showing since it was released from custody, at Brooklyn Fire Proof (119 Ingraham Street), Friday, September 23, 6 to 10 p.m. The solo show, presented by Christopher Stout, includes a limited-edition photo of the work by Ventiko and grave-rubbings. On view Thursdays thru Sundays, noon to 6 p.m., until October 9. Also, September 30th, 7 p.m., there's a Q&A with the artist and his attorney Ronald Kuby.

Howl! Happening: An Arturo Vega Project (6 East First Street) has a show featuring covers, photos and ephemera from The East Village Eye, a monthly magazine published in NYC from 1979 to 1987. The exhibition runs until October 9 and there are several related events including a showcase of 80s films at 3 p.m. on September 24 and 25, and readings of works by seminal writers from the era hosted by Bob Holman on October 6, 7 p.m.

Ron English has a show of 18 new paintings opening on Thursday, September 22, 6 to 9 p.m., at Allouche Gallery (82 Gansevoort Street). The exhibition, "Guernica," references Picasso's 1937 painting to "relay powerful messages about the endless cycles of creation and destruction." Up until October 19.

Against the Romance of Community

Wonder what's happening to the Swiss Institute since Jeffrey Deitch moved back to their Wooster Street space? Next year they're moving over to the corner of Second Avenue and St. Marks Place to a new, long-term home designed by Selldorf Architects. In the meantime, they are in a temporary space at 102 Franklin Street with a group show called "Against the Romance of Community" that takes a look at the "social dynamics of group behavior." It runs from September 21 to October 23.

There is also a solo-tribute exhibition called "Annecy" featuring works by the late American designer Vladimir Kagan on view now at Carpenters Workshop Gallery (693 Fifth Avenue) and up until October 29. Kagan won numerous global design awards and had clients ranging from Marilyn Monroe to Bombay Saphire and General Electric. He designed the lobby of the Standard Hotel in downtown LA. btw: Annecy is the name of one of his grand-daughters.

Elizabeth Dee Gallery (2033 Fifth Avenue at East 126th Street) opens a new "uptown" space with a group show called "First Exhibition" featuring several artists with upcoming solo shows in the gallery including John Giorno, Joel Otterson and Julia Wachtel. The opening is September 24, noon to 7 p.m., and it will run until October 15.

LAST CHANCE to check out the incredible show, "The Keeper," about collections and the act of preservation, at the New Museum (235 Bowery) before it closes on Sunday, September 25.

The New Museum also hosts a "conversation" with Fran Lebowitz and Martin Scorsese on Tuesday, September 27, 7 p.m., in their theater. It's a part of the eighth season of the Stuart Regen Visionaries Series.