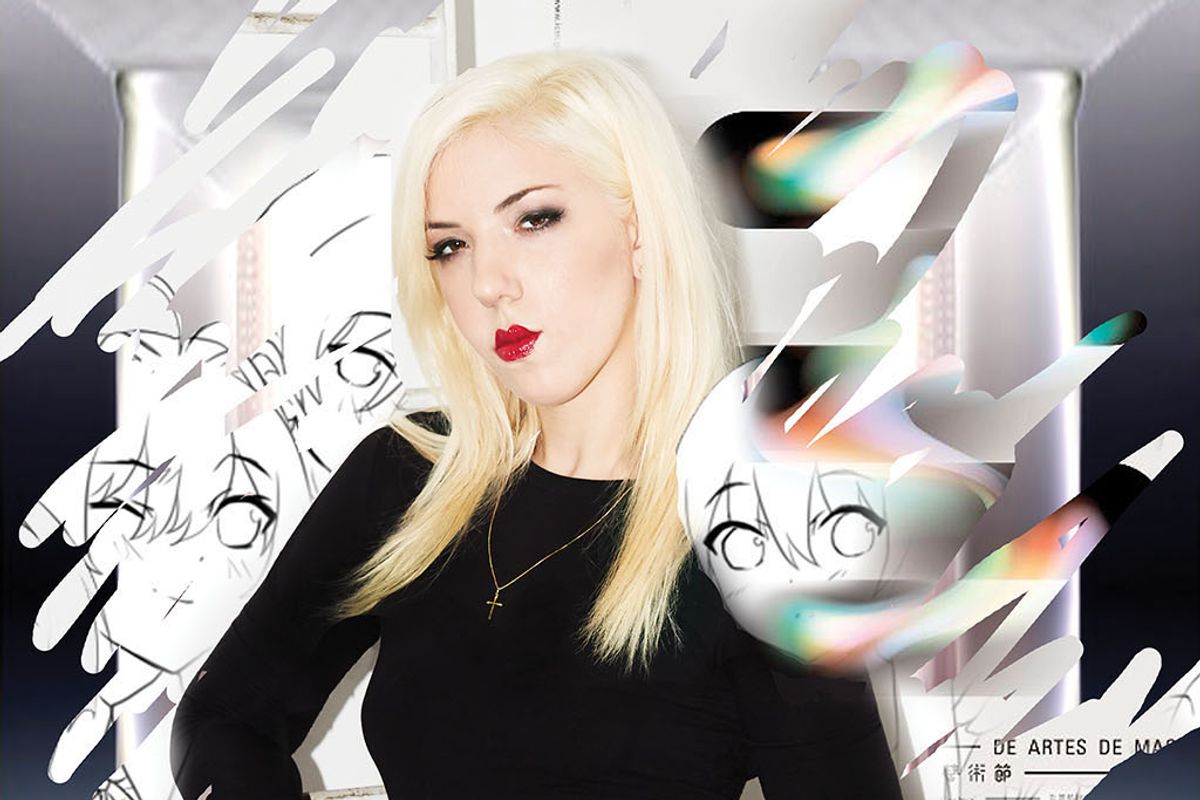 Art of the Times

"I think of my paintings as studies of pop culture and art history," artist Jeanette Hayes says. The Chicago-raised, New York-based multimedia artist has drawn attention from the art world and social media community (Hayes currently has 20k followers on Instagram) alike for her thoughtfully playful works that draw connections between unexpected elements like those in her De Mooning series that juxtapose Sailor Moon figures with works by the Dutch American abstract expressionist Willem de Kooning.

Hayes, who will have her first solo show in April 2016 at New York City's Castor Gallery, says she often finds inspiration while she's out and about, snapping photos on her phone that turn into video compilations she releases at the end of each year. Having just moved uptown but working in a studio in Tribeca, it's during these commutes that Hayes might spot something on the street that will go on to influence a future piece, like the video work she created exclusively for PAPER and G-Shock, above.

While the city might provide some analog inspiration, Hayes, like most members of her generation, is a digital native. Speaking of her art in general, and the artwork she provided in these accompanying images in particular, she says, "For me, Photoshop is the ultimate sketchbook. Even though I love drawing, I love the immediacy of Photoshop." And as with her art, she appreciates good tech tools for her life. "I like that the G-Shock is a tool. It's cute but utilitarian. I can use it to time how long it takes to walk back to my studio from wherever I am on appointments."