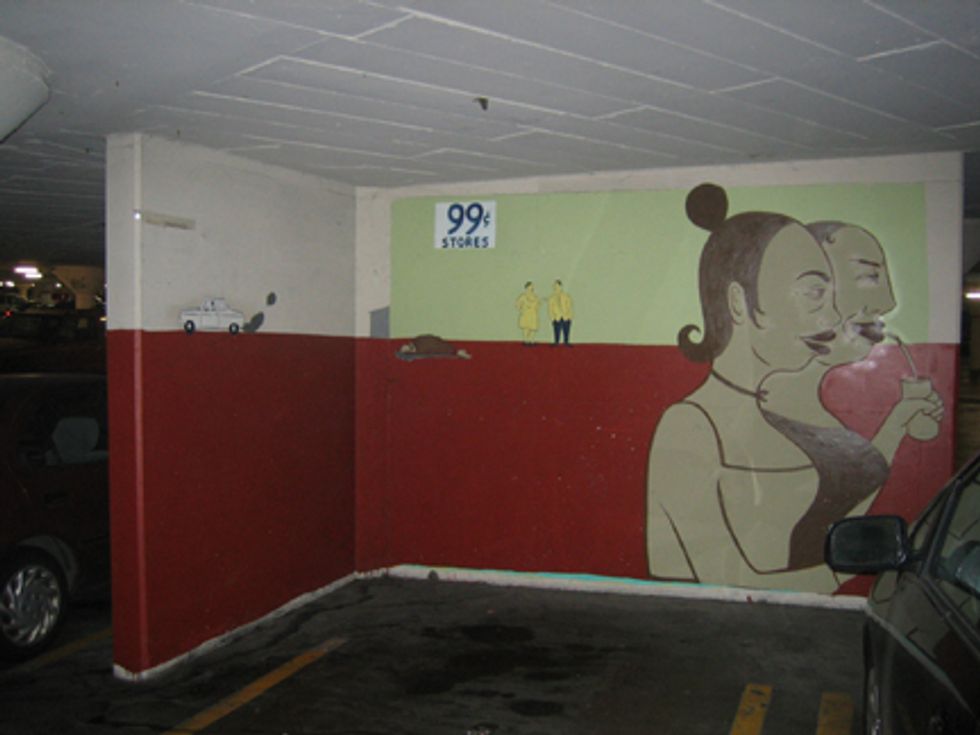 Barry McGee and Margaret Kilgallen are two of the foremost creators of "street art," often gritty work that in recent years has become a genre of its own, transcending its origins and becoming a staple of the art world. So much so that back in 2000 the Los Angeles County Museum of Art asked the San Francisco-based artists to fill the museum's garage with their edgy, street-inspired art and to turn it into a gallery for the Made in California exhibit. But barring a change of heart and mind, in three days McGees and Kilgallens in LACMA's garage, save for one plywood panel the museum has pried off a wall, will be lost forever. The destruction of Kilgallen's work would be especially disappointing. She died of cancer in 2001 at the age of 33. Relatively few of her works still exist; many have been painted over or otherwise destroyed. "It's stunning," writes Tyler Green in an op-ed piece for the LA Times "that the institution that gave Kilgallen her next-to-last major commission would be so disinterested in saving what it made possible."