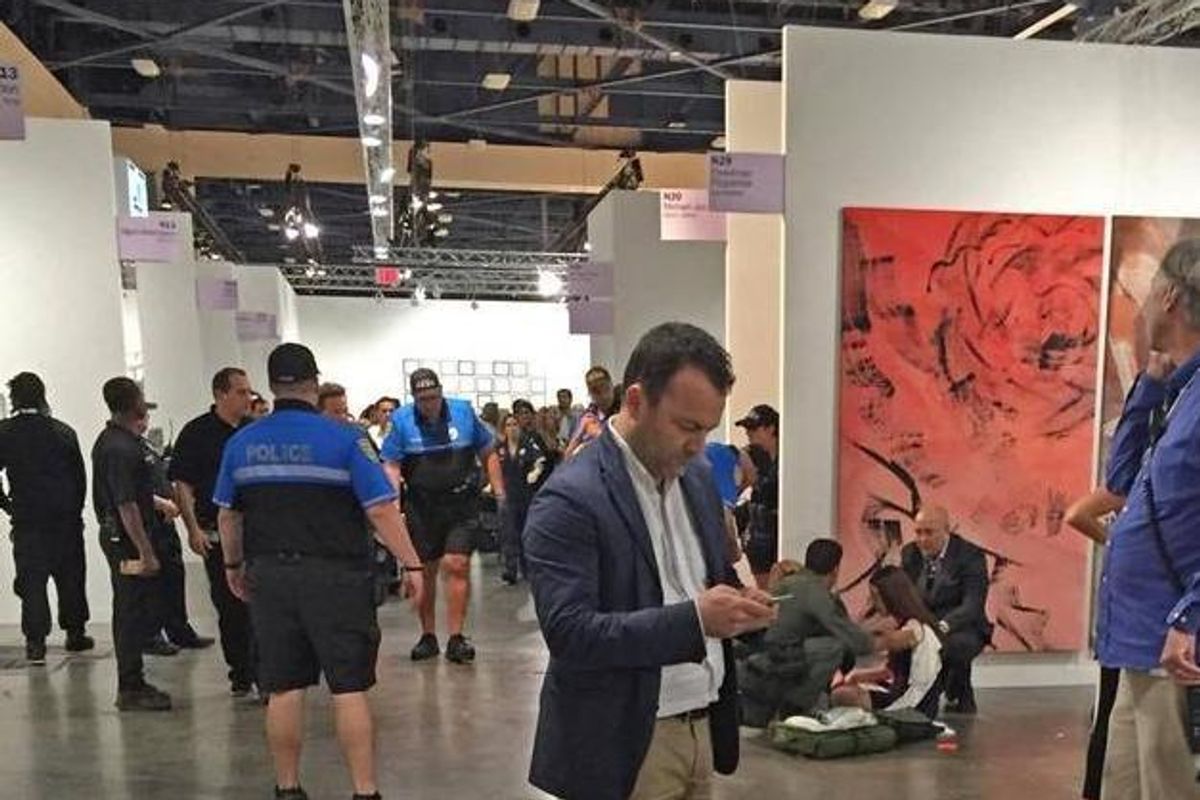 More Insane Details About the Stabbing at Art Basel

On Friday, a woman was stabbed while attending an exhibit at Art Basel in Miami, and now, almost 48 hours later, the details surrounding the ghastly scenario are just as disturbing

The woman, who survived her injury, had been followed around a 24-year-old woman named Siyuan Zhoa; after a altercation between the two, Zhao pulled an x-acto knife and stabbed the victim in the neck.

Zhao was promptly arrested, and when questioned by the police, she apparently told them, "I had to kill her, and two more!" and "I had to watch her bleed!"

Sarah Fitzpatrick, a spokeswoman for the event, issued a formal statement following the violent act:

"The attack was an isolated incident that was immediately secured. The suspect was apprehended by police who were at the scene within seconds of the incident. ... Our thoughts are with the victim."

Even more insane, fellow Basel revelers assumed the stabbing was some sort of performance art.

The artist whose exhibit was being shown, Naomi Fisher, relayed the confusion to the Miami Herald.

"A guy walked up to me and said, 'I thought I saw a performance, and I thought it was fake blood, but it was real blood," Naomi said.

The Herald made sure to add that Naomi "felt very nauseous."

Some other quips, which sound like something The Onion would write, include:

"It's a very strange place for something like this to happen," said Amanda DeSeta.

"I thought a piece of art fell on her. I never would have thought there would be a stabbing at Art Basel. … People didn't really know what had happened. It was calm and everyone was milling around and talking."-a sculptor named Gregg Hill.

A sculptor named Gregg with two 'g's literally said, "I never thought there would be a stabbing at Art Basel."

What else is there to say?