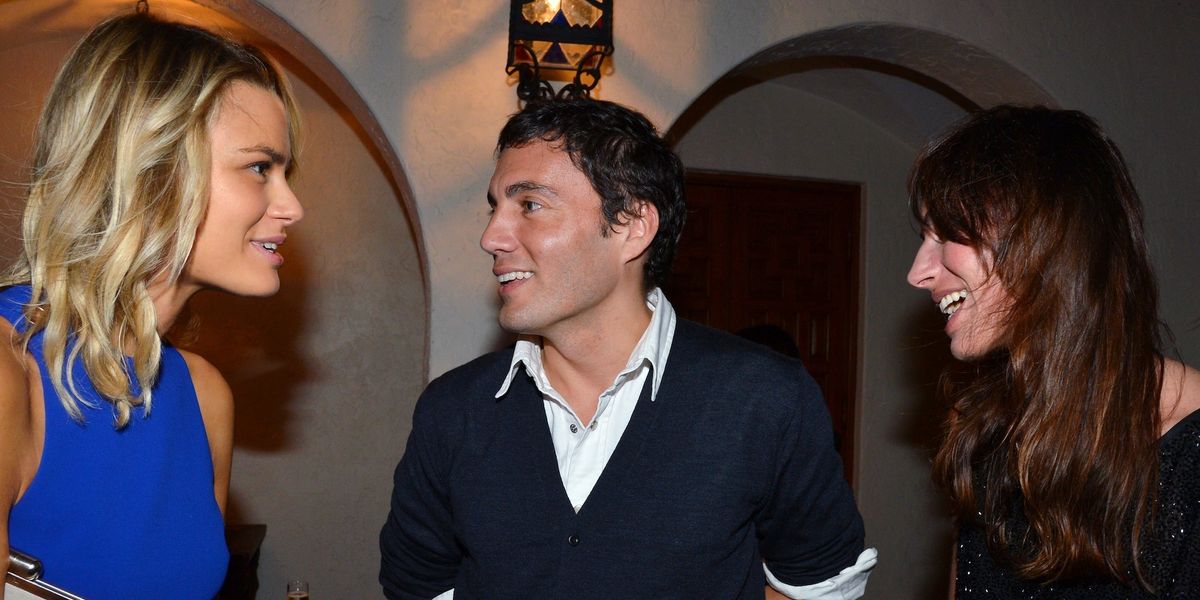 I have resolved to purchasing a Drone, so that I can send it ahead to check out parties. I mean, every party is a good party if you are with the right people, but if you are on a crunched timed schedule and cannot afford to chance it… well, don't you think the idea is genius? I am going to run the idea by Sylvester Stallone -- if he says okay then I'll do it.

The Ducati Party and Lapo Independent at Setai were wet and, as is the case with every one of Nadine Johnson's events in the history of events, fun. She was there and it felt like home. When I told her that I have been so tired I have seriously been thinking about developing a cocaine habit she may or may not have said -- with unshakable eye contact -- "you should invest." Oh, party people, only we know what it really feels like. Speaking of which, recalling last night's events, truth is there are very, very few people that can do what my friends and I can do. We go big! We go strong! And we are close to 40! Fuck those 20 year-olds who party and go to Barry's the next morning to "Sweat it off"! I would love to have an "alleged" Millennial party animal follow me for a week of Basel for a last man standing situation… any takers?? It's on! I would also love one of those vitamin/electrolite/nutrient IV cocktails right now because I might not make it to next Basel and I am unfortunately way passed the help of Whole Foods Multivitamins… they just won't do any longer so.

Thank god Basel is over.

And it went with a BANG -- aka Loren Ridinger's house party. Hugs were pouring in like the actual rain, the love was real, as I ran into a whole bunch of friends I hadn't seen in a long time: Maria Menounos, Tayo Otiti, Kelly Bensimon, Lisa Pliner, MaryJo and Michael Shore, Barbara Becker, Victoria Hervey, and we all danced up a storm -- no pun intended -- to all the good stuff courtesy of DJ Cassidy. It was a phenomenal party that had in attendance guests like Jamie Foxx, Eva Longoria, Scottie and Larsa Pippen, and Maxwell. We were definitely kicked out, but in the good way. As in -- "Please Sir, it is time to go you are the last ones here." Oooops! (Fun Fact, a friend of mine, who could only catch the art fair last night and only for one hour, decided to drop an acid tab to "absorb it" faster and more efficiently. Makes sense. She was on it for a while and please don't worry, we found her, eventually, roaming the gardens of the Ridinger home, and she still made it to brunch at Soho Beach House the following afternoon. Not bad.)

But assessing this year's Basel overall though, except for some exceptional exceptions, it was a C-. As has been true for many years, it was congested with events and with too many people and it has become very commercial and lost its true self -- as in, a quality art gathering in a very important American city. Leaving out the handicap factor of the non-stop rain, this year it was edgeless and while the art was good, the social scene wasn't. I understand it though -- people have been trying so hard to be cool and go to the parties and this is not what Art Basel is about. On the other hand, it was almost as if the parties happened because they had to, on autopilot, instead of in true support and true celebration of art. Hopefully Art Basel will go back to its natural state soon… hopefully the masses will settle and go out on a fucking Saturday like they are supposed to, instead of bothering me on a fucking Tuesday, in places where they don't belong. Hopefully the art will take center stage agin -- and you know this must be necessary if I'm the one saying this since, as you know, I'm "party oriented" more than anything. What do you think?