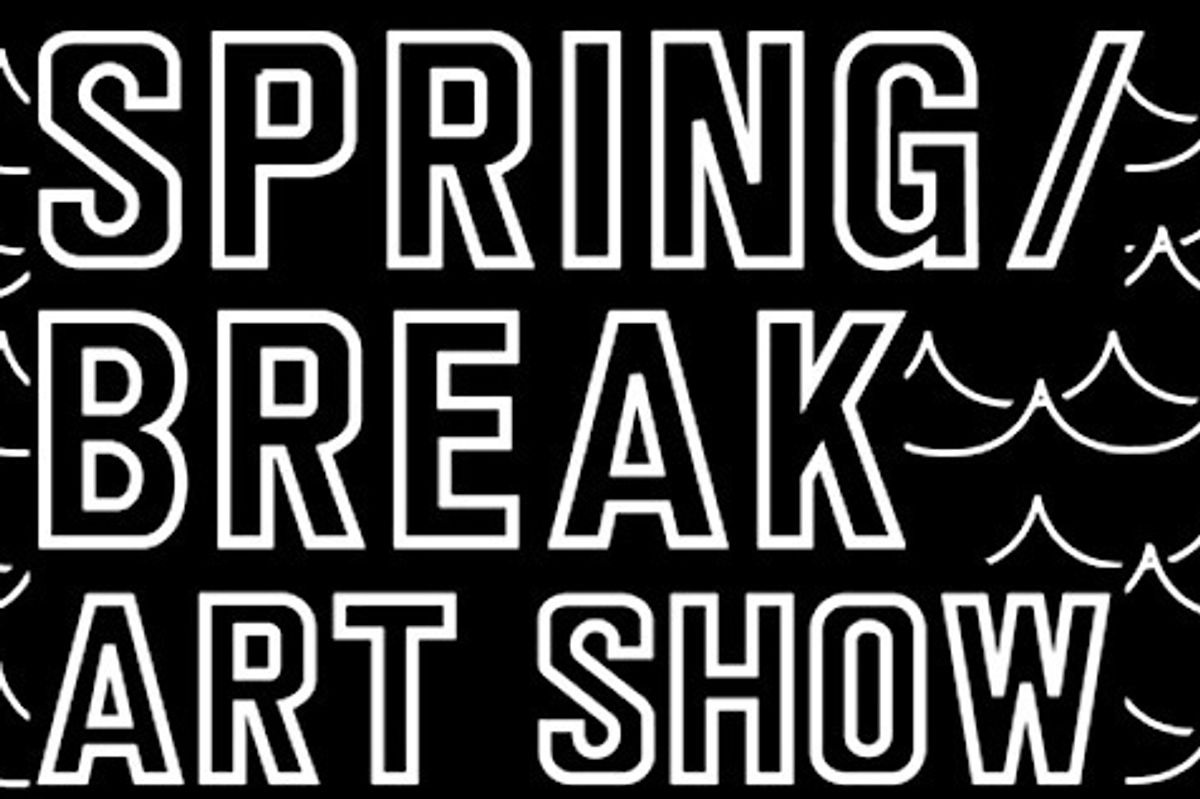 Beyond the Main Fair: 9 Things to See This Armory Arts Week


Light your torches, the art world olympics are upon us again. The largest New York based art fair, the Armory Art Show in its 22nd year, brings us a giant warehouse filled with artwork you have probably seen before, a burning glow of neon lights, a $5 shot of espresso, and the possibility to be stabbed by a woman with art fair hysteria like at this year's Art Basel in Miami. The fair at pier 92 and 94 is in itself a test of endurance that only the strongest (it's a 20 minute-walk from any subway) and most affluent (general admission is $45) will survive. So maybe, let's not.

Instead, be a winner and see all the other cooler, more convenient and sometimes completely free art events happening outside the main fair. You won't get a medal, but it's better than crushing crowds and expensive tickets. Our picks below.

Held in the now defunct post office at Moynihan Station, Spring/Break art show isn't afraid to do things differently. Using rooms instead of booths, with work chosen by independent curators rather than galleries, this actually affordable show uses the bizarrely retro rooms and old equipment to turn the art fair experience on it's head. Check out the lobby installation by Anne Spalter, founder of RISD's original digital art curriculum in the 90s, which sets the stage for unexpected works in every room. Some favorites include B.Thom Stevenson curated by Adam Mignanelli, Erin M. Riley and Signe Pierce curated by Mayla Dalbesio, and a group show curated by Andrea McGinty. We all deserve to go postal every once and awhile.


At a new location at Spring Studios in TriBeCa, the Independent Art fair features over 40 international galleries and not-for-profit institutions. Go for the high brow view on cool contemporary works and clever curation, stay for the must-Insta view of the Hudson.

The go to for audience engaging works, PULSE is all about participation with projects that include an installation of a fully functioning "Dyke Bar" by Macon Reed. Just want to observe? Check out works by Margriet Craens and Lucas Maassen at Kinder Modern, Mariu Palacios at CEDE GALLERY and Fred Stonehouse and Giuliano Sale at Antonio Colombo,


Dan Attoe at Half Gallery


Get outta here with with some refreshing painted landscapes of the Pacific Northwest interspersed with delicate prose on view at Half, a calming Upper East Side townhouse gallery that feels like a vacation in itself.


Gordon Holden at His Cousin's Place

Our favorite artist/disruptor Gordon Holden is back with Consume Cool City 2k(infinity), a mash up of art, capitalism and house party hyjinx. We don't know much except that this high rise takeover, fully branded with the Holden's Consume Cool logo, needs to be seen in person (if you can find it). For some hints follow along on Instagram.

We all feel the weight around us, but Seiden's large-scale sculptures using marble, wire, paper and thread, each covered and infused with a metallic sheen of graphite, manipulate and contort the concept of weight to a new extreme. From the silvery substance resting peacefully on top of a pool to a towering graphite covered thread sculpture that resembles a frozen waterfall, time, space and substance take on a new meaning the second you enter the space.

Process makes perfect for Adams, whose sculptural paintings go through a battlefield of stages before reaching their final state of a painted, sanded, blasted, and reversed canvas. This new work is inspired by and named after a 1942 Joseph Cornell film titled BY NIGHT WITH TORCH AND SPEAR, drawing out imagery, ritual and rebellion of the hunt. The show is a perfect war song to begin the art week crusade.

It's weeks like these that we'd like to just hide in the nostalgia of our youth. Luckily Mcclintock's photography and sculpture show will give you that warm bliss bubble of the old days with manipulated images of coin-operated animatronic rides. Be sure to bring quarters, there's a singing, gyrating duck ride inside with your name on it.

The Armory Party at MoMA

Who are we kidding, the main reason we would go to the Armory is for the potential to get invited to the afterparty, so might as well try to go anyway. Hosted by the vibrant Kapwani Kiwanga, access to the retrospective of surrealist sculpture Marcel Broodthaers and a performance by Holy Ghost! in the heart of the MoMA, that's about as much culture as we need for the week.