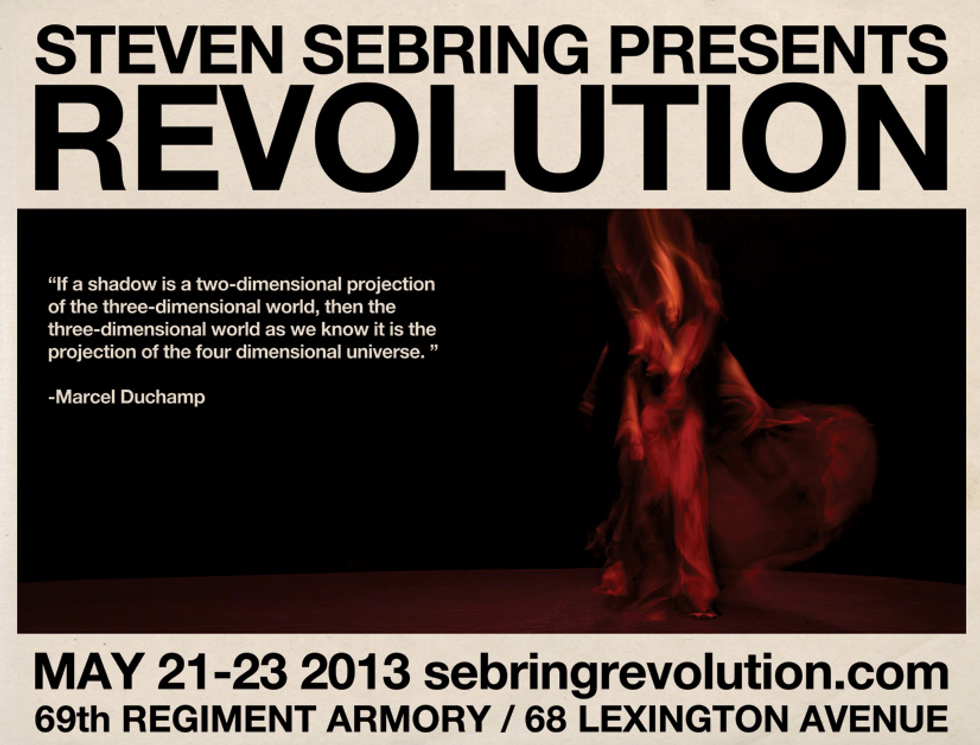 New York City's uptown and downtown armories are mounting separate, one-man art exhibitions in the next few weeks.  New York-based photographer, Patti Smith documentarian and artist Steven Sebring is opening a three-day installation called "Revolution," from May 21st to May 23rd in the 69th Regiment Armory (68 Lexington Avenue). The multi-media extravaganza has been in development for three years and includes photos, films and sculpture. It's free and open to the public (Tuesday, 3 - 9 p.m.; Wednesday, 10 a.m. - 6 p.m.; Thursday, 10 a.m. to noon) with a big reception on May 22, 7 - 10 p.m.

On June 19th, the Park Avenue Armory (643 Park Avenue) opens "WS," the largest U.S. installation by the L.A. artist Paul McCarthy.  The Snow White-inspired show will include "a massive, fantastical forest with towering trees, two off-scale houses, equipment and props from classic film-sets, and layers of film and sound." McCarthy's 80-foot-tall inflatable dog was a big hit at last week's Frieze New York art fair and, until June 1, you can still catch his three concurrent shows at Hauser & Wirth. Tickets to the Park Avenue exhibit are available here, but you must be 17 to attend. We're guessing the age restriction has something to do with the mention of pantsless Dwarves with "penises flapping in the air like pompoms" in a recent New York Times piece on McCarthy and the making of a film included in the show. WS is up until August 4.