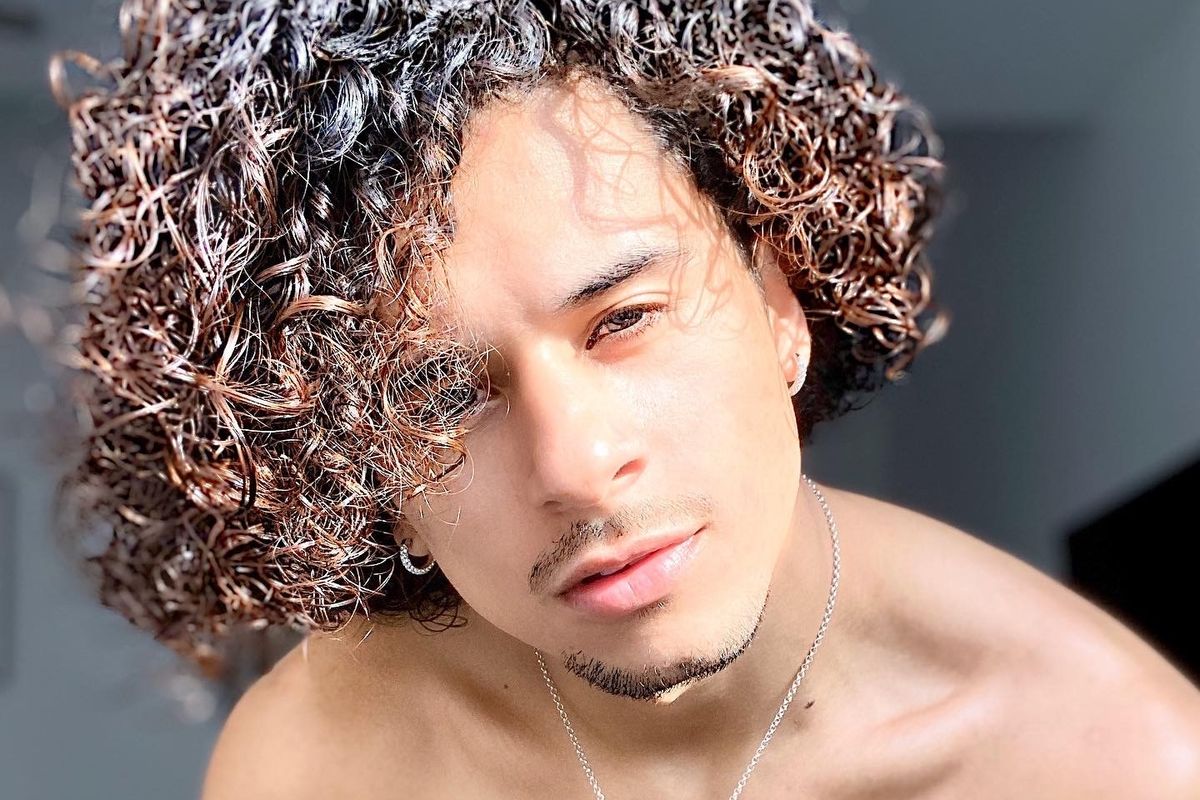 Last weekend, Armond Rizzo took to his Twitter to call out a studio called Blacks on Boys for allegedly underpaying bottoms in their productions. In a series of tweets and a follow-up livestream video, Rizzo said that the studio claimed the pay discrepancy was due to the fact that "the site is more top dominant."

This has never happened to me but there’s a studio who is interested in me and what I found out about them is mind… https://t.co/HMygzHiVVW
— Armond Rizzo (@Armond Rizzo)1579988627.0

For @BlacksOnBoys if your wondering what my response is to working for you I think your smart enough to know that,… https://t.co/Y8XYIvFUdL
— Armond Rizzo (@Armond Rizzo)1579989592.0

"I don't give a fuck who are you to say that a bottom is worth less????" he wrote, before writing, "For @BlacksOnBoys if your wondering what my response is to working for you I think your [sic] smart enough to know that, it's going to be a big NO THANKS! I don't care that you even raised my fee up. It's just unjust you pay bottoms less and for that I decline working for you!"

Though a request for comment went unanswered by Blacks on Boys' parent company, Dog Fart, Rizzo tells PAPER that he was "shocked" by the company's supposed pay rate policy. Explaining that he was recently approached by Blacks on Boys to do a scene in line with the site's fetish, which revolves around videos of Black performers tag-teaming a light-skinned or white model, Rizzo says that the pay rate was far below what he expected. According to him, he was initially offered between $400 to $500 — a figure the site apparently said was their minimum rate for bottoms.

"I was like, why am I getting paid that low?" he says, before touching on the site's "top dominant" rationale. "I was like, that still makes no fucking sense, because I'm the one who's taking two dicks."

And while they kept trying to up the rate — eventually making a final offer of $1,000, alongside the caveat that Rizzo would "be the only person getting that" — at that point, Rizzo said he came to the realization that this was an issue that was "beyond me."

He explains, "It's not about me if I'm hearing that other bottoms are getting paid that fucking low for the amount of work they do. It just doesn't sit well with me, so I was like, I don't care if I just lost $1,000. That to me, isn't even what's important. What's important is what other models are going through."

"Bottoms are seen as women, tops are men who can do no wrong. It's all about masculinity."

After all, if Rizzo — as an established, award-winning performer — was getting low-balled like that, then what were studios doing to newer bottoms? And, more importantly, how pervasive was this problem? "At first it was my hunch, but then a lot of people started reaching out to me like, 'Oh my god, thank you for calling this out,'" he says. "It is actually happening, but they're too afraid to speak out, because they're new in the industry."

As Rizzo points out, being a bottom is "a lot of fucking work if you break it down." Detailing everything from the amount of work he does on set to the health risks of constantly cleaning out, he explained that he believes it's really "all about the bottom."

He says, "I've made a career literally out of being a bottom, so when people say the bottoms not important, I'm like, 'So where's the dick going into then? Are we just having a jack-off scene or what?' No hole, no shoot."

Rizzo points toward the dismissal of bottoms as further proof of a larger problem rooted in misogyny and related to the fact that society tends to "fetishize" masculinity. "A woman cannot be strong without someone being like, 'She's on her period.' But a man can go off, and they're like, 'That's the powerful person,'" Rizzo explains. "It's the same thing in the porn industry. Bottoms are seen as women, tops are men who can do no wrong. It's all about masculinity." He pauses for a moment, before adding, "I hate to say it like this, but they try to treat us like we're women, because we are the ones taking it."

As performers can we go ahead and say that no one who is preforming for a studio should be getting paid any less th… https://t.co/0rTfBoyEfz
— Joey Mills (@Joey Mills)1580142369.0

Granted, Rizzo reiterates that his ability to speak out on this issue was mostly contingent on the fact that he's a well-known model with a devoted following and an independent contractor without any major studio ties or commitments — which means he has "nothing to lose, because I got myself here." Therefore, Rizzo says he's not particularly worried about losing work if he's blacklisted by some gay sites, seeing as how he still has access to tools like OnlyFans, which he believes "gives a lot of power back to performers."

"You can cut me from the studios, but that doesn't mean I can't come back and take money from them," he explains. And while he adds that he was unsure of how things would play out, he emphasizes that the most important part of this for him was utilizing his platform to advocate for other bottoms, especially seeing as how he remembers being "used" at the beginning of his career, "and doesn't want them to have to go through that either."

"As I tell my fans, do more with your following. It's not just about the money. Speak up, because you may not know who out there may need to hear what you have to say," he says. "I'm just out here telling people what's happening to me in real time. So, instead of just allowing something to happen, I have the power to change it."