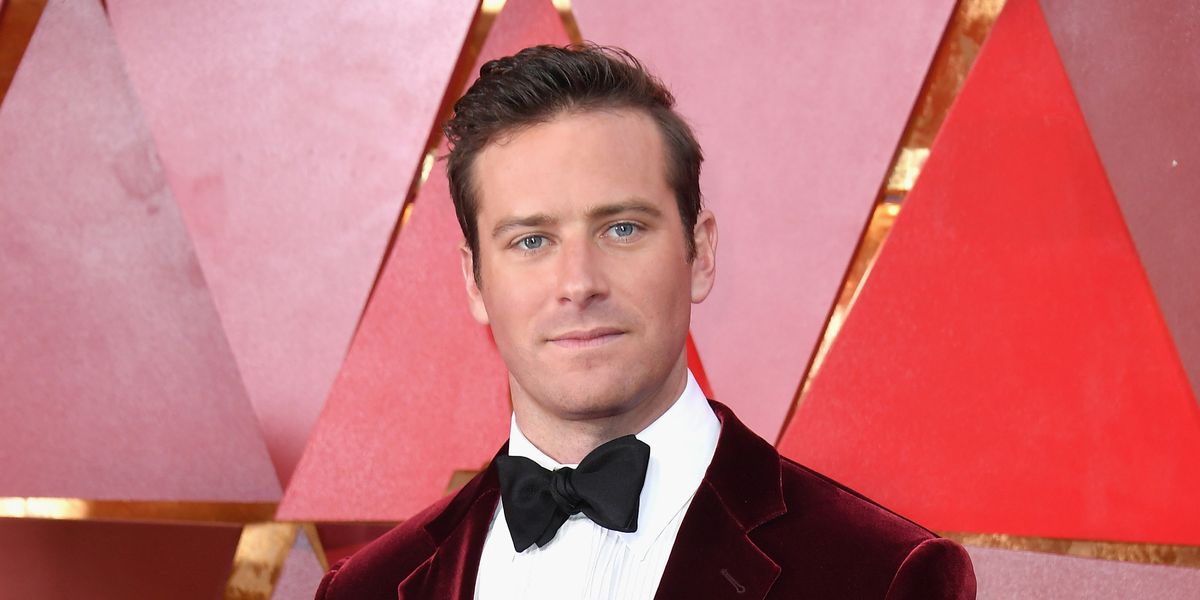 Armie Hammer has very quickly risen from "that guy in The Social Network" to an A-list celebrity, thanks to his roll as Oliver the beautiful film Call Me By Your Name. He is almost equally as well known for his sartorial obsession with track suits, which he has proudly broadcasted on Instagram for the last few months. He recently revealed on Conan, however, that his tracksuit era- which was largely motivated by a sense of…laziness- is coming to a close.

He told Conan, "I can't answer for every man or woman who decides to wear track suits, but I can tell you that I developed a case of what I like to call 'the fuck-its.' I was on a press tour for Call Me By Your Name that went on for 14 months." The press tour, it turns out, was much longer than the filming process, which only took 6 weeks. Over the course of those 14 months, Hammer developed a case of senioritis, like "the senior who has to go to class but they hate their professor, so they show up in pajamas."

Now that the press tour is over, Hammer has officially announced his retirement from the world of matching athleisure wear. While we're excited for the era of blazer-and-tie Armie, he might find difficult to stick to his decision given the number of free track suits he has been gifted since the world took notice of his obsession. (He owns 70 pairs from brands including ADIDAS, Hugo Boss, Armani, and… Oscar Mayer Wiener.)

Watch the entire interview. below: