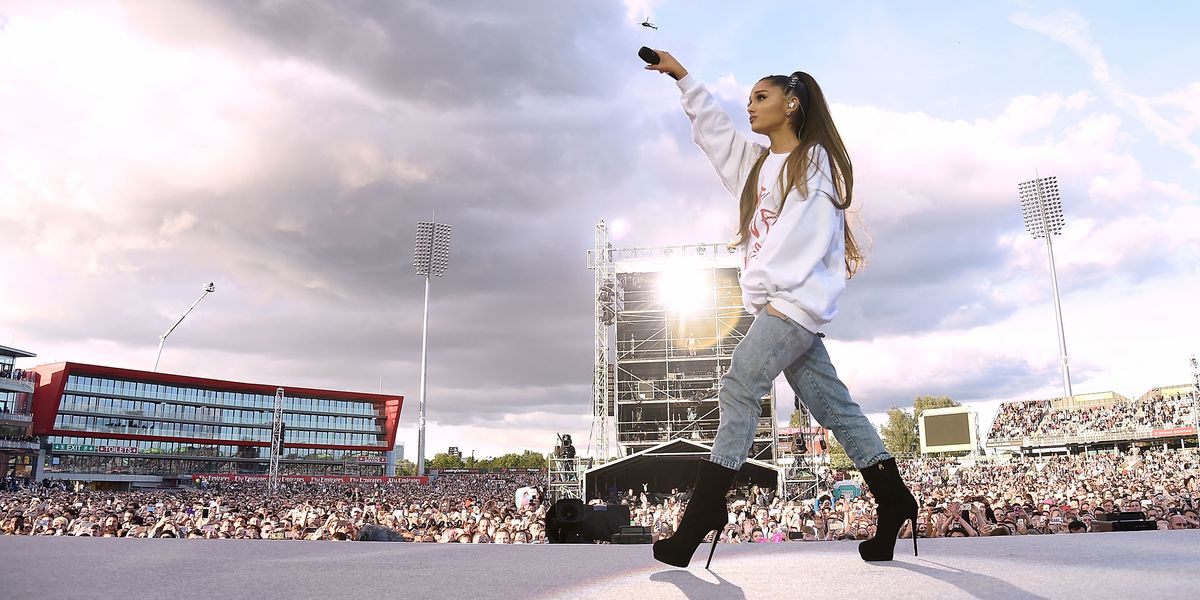 Despite having endured the most tumultuous few weeks of her life — starting, of course, with the tragic bombing (which ISIS has taken responsibility for) at her concert in Manchester that killed 23 people and injured close to 220 more — Ariana Grande still managed to muster up the strength to return to the city to put on a benefit concert for all those affected.

The concert was a success, raising close to $3 million for Manchester Emergency Fund, which would use the proceeds to help the families of those who either died or were critically injured as a result of the attack. And with a sold-out crowd of 50,000 people, it's no surprise that the concert solidified Ariana Grande, a pop star that refused to allow a tragedy to stop her from doing what she does best, as a national hero.

Luckily, it also looks like the city of Manchester is ready to recognize her as such. When town hall officials came together to announce their plans to honor the "great many selfless acts and demonstrations of community spirit" that followed the bombing, they spotlighted Ariana Grande as the city's very first honorary citizen. According to council leader Sir Richard Leese, the city already thinks of the Dangerous Woman as "an honorary Mancunian." Later, he said:

"This seems a fitting moment to update the way we recognise those who make noteworthy contributions to the life and success of our city. We've all had cause to be incredibly proud of Manchester and the resilient and compassionate way in which the city, and all those associated with it, have responded to the terrible events of 22 May, with love and courage rather than hatred and fear. Ariana Grande exemplified this response. I think many people would already consider her an honorary Mancunian and we would be delighted, if the council approves the proposal, to make it official."