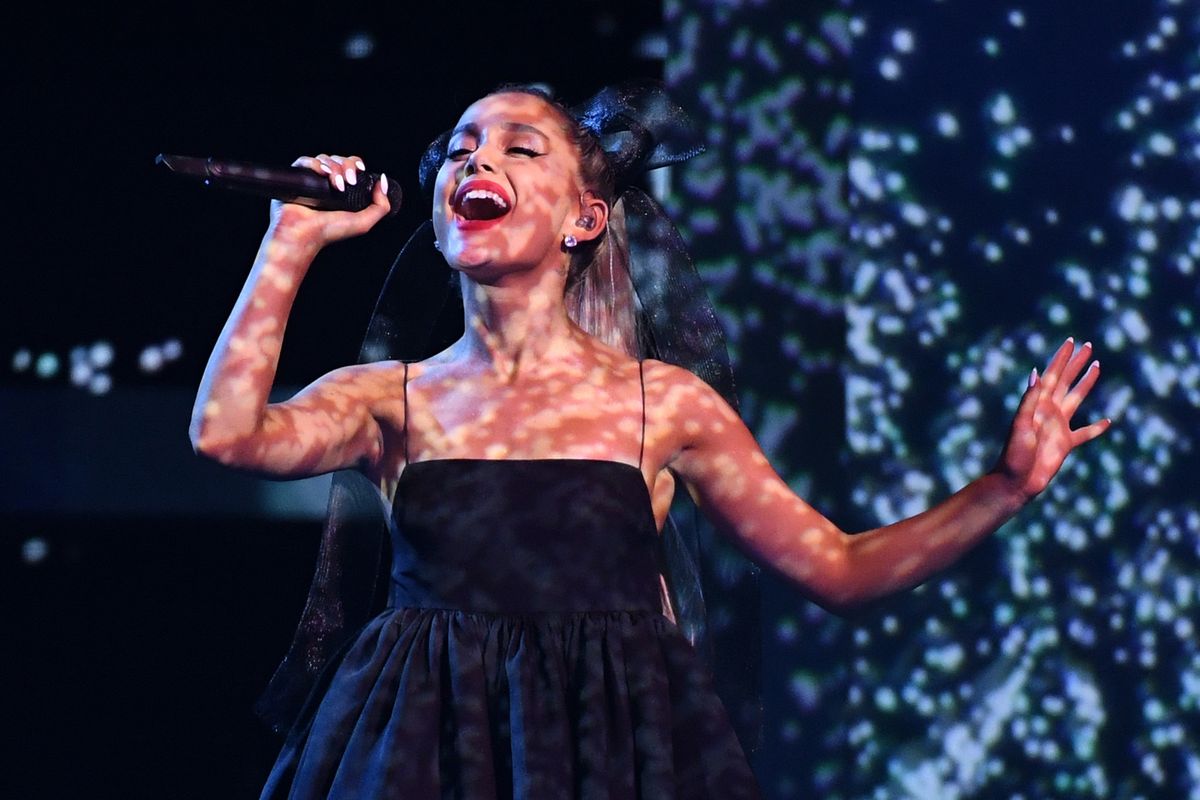 It has always been a dream of Ariana Grande's to star in the Broadway musical Wicked, she said as much in an episode of Carpool Karaoke with Seth McFarlane earlier this year. Now, after a year that's seen Ariana Grande soar to new heights and cope with unspeakable tragedy, the pop star will finally get that chance.

Originally reported by People, Grande will be performing, in NBC's upcoming live concert special of Wicked scheduled to air October 29th. The special will be celebrating the 15th anniversary of the smash Broadway musical just in time for Halloween. The show is set to be hosted by Idina Menzel and Kristen Chenowith who originated the role of Elphaba and Glinda the Good Witch, respectively, on Broadway. The show will also have performances by a capella group Pentatonix and the current Broadway cast.

Grande is no stranger to the theater, before she got her start acting on Nickelodean's Victorious Grande was part of the Broadway cast for the musical 13. She also played the role of Penny Pingleton in NBC's television production of Hairspray Live! Grande's dream of starring in a production of Wicked may also have another chance, as a movie version of the musical has been optioned for December of 2019, so if all goes well she may have a shot at finally playing the lead role of Elphaba that she's always dreamed of.