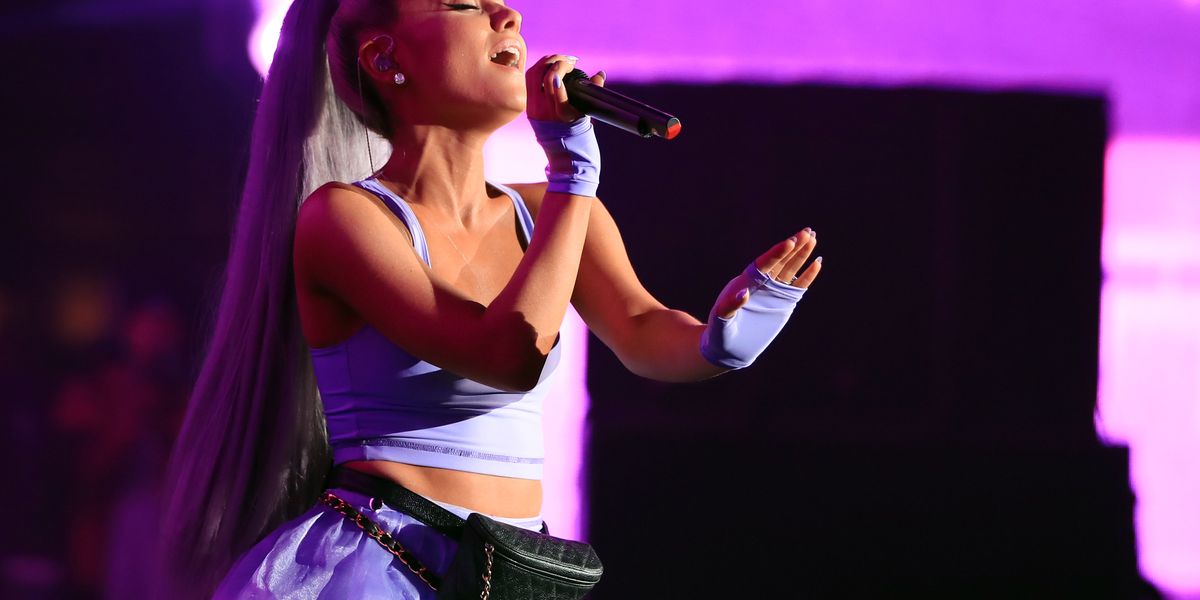 Ariana Grande Surprises Everyone at Coachella

Just a day after the release of her new single and music video for "No Tears Left To Cry," Ariana Grande makes a surprise appearance at Coachella.

The singer stepped out during Norwegian DJ Kygo's set, sporting lavender locks, a lavender outfit to match, and a fanny pack. She belts out the song's soulful intro, then gets into its dancing beat. This was Ariana's first live performance of the song, which she dedicates to Manchester.

Prior to her appearance, her manager Scooter Braun teased fans by asking her through Twitter about her Friday night plans.

Fans were also speculating online about Ari's possible appearance as they spotted a helicopter fly over Los Angeles, just as a Snapchat video of her and boyfriend Mac Miller in a helicopter began to circulate online.

yall, call me crazy but i think ariana grande just flew over my house, this helicopter took off from santa monica and is going in the direction of coachella, a few more minutes until arrival 👀 #ARICHELLA pic.twitter.com/5SrnuGvuyw
— eric💧 (@erictorres02) April 21, 2018

After her performance, Kygo performed and ended his set by paying tribute to Avicii. His closing song was "Without You."