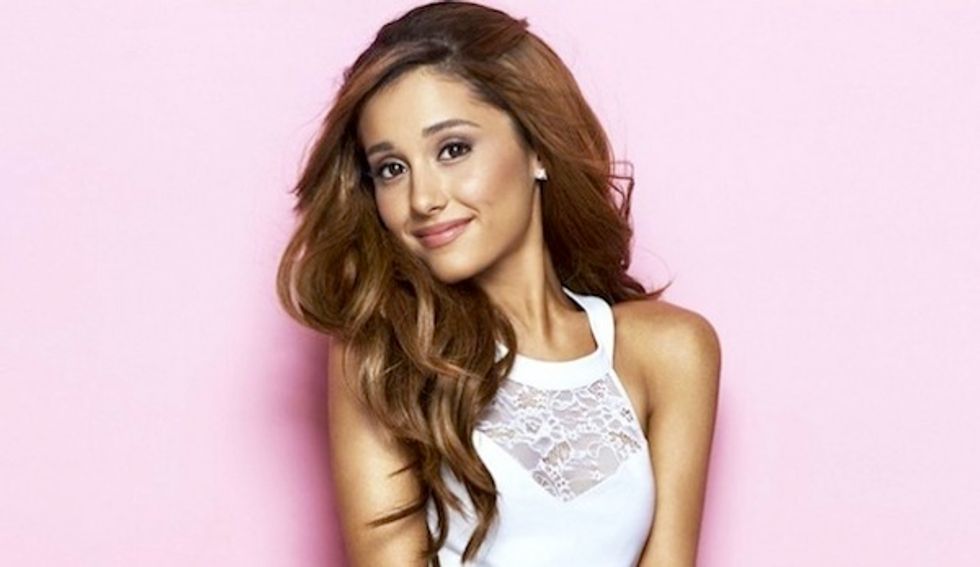 Ariana Grande Wants You to Fight the Patriarchy

by Sandra Song
PAPERMAG
Class is in session and for the first course Professor Grande is serving up some salient feminist theory.
In a much blogged-about tweet, Ariana Grande went OFF about the double-standard she faces as a woman in the music industry, touching on pertinent issues like how ladies are slut-shamed while their male counterparts are lauded, being defined by her past relationships rather than her work, and the recalibration of a loaded word like "bitch."
It's heartening to see the politicization of a prominent pop star and with the kind of mix of articulate arguments and teenspeak that only someone like Ariana Grande could get away with, we hope these are lessons her legions of fans can absorb. Below, we've collected some highlights from Grande's nouveau manifesto.

"I can't wait to live in a world where people are not valued by who they're dating / married to / attached to, having sex with (or not) / seen with... but by their value as an individual."

At the end, Grande even cited some required reading for her disciples, namely the gospel of OG feminist Gloria Steinem, so y'all better study up.

good luck reading this on here. #sizenegative1000font (it's on twitter / fb as well if you care to read) thanks for your love ð���