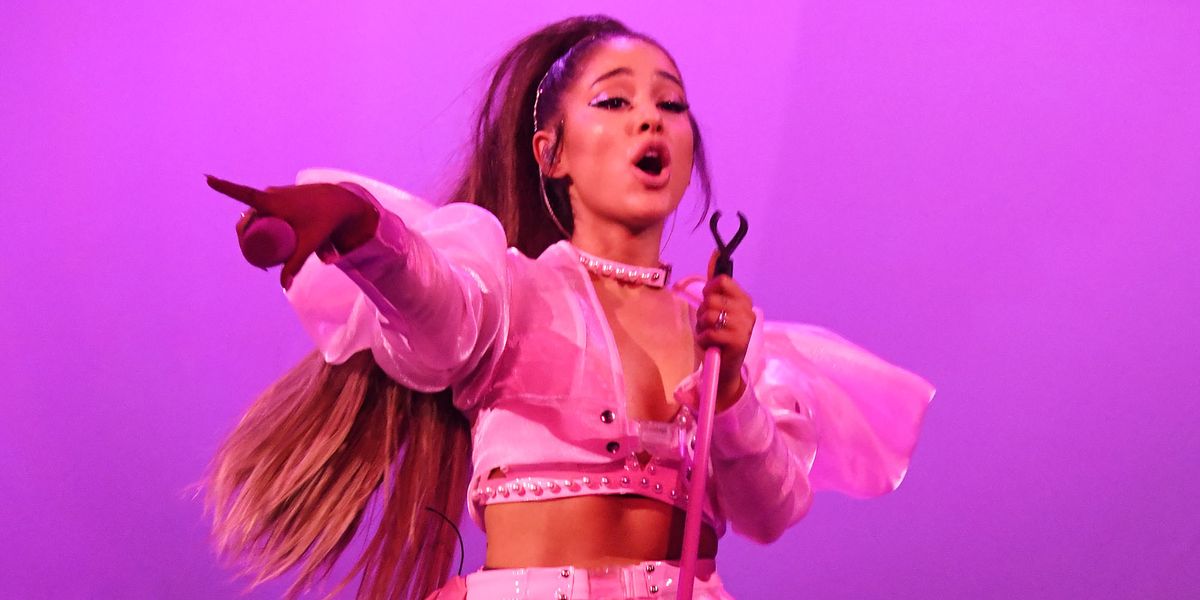 Ariana Grande Is Unleashing Her Fans on the 2020 Election

Ariana Grande has been tweeting non-stop about the launch of the Sweetener world tour which kicked off last night in Albany, NY. Reportedly, it lived up to the fanfare, featuring top-notch pop melodrama (giant planetary orbs, an on-stage car, concept choreography), a hefty 30-song set list, seven costume changes (lots of leather, tule, a '90s throwback, knees sheathed in thigh-highs all night), and a few emotional moments (she skipped playing "Imagine," but played Mac Miller as fans crowded into the stadium). It was all very on brand. One more surprising feature of the show were the voting registration booths that littered the stadium.

Related | Ariana Grande Let Us Inside Her Head

Ari has reportedly teamed up with music-focused voter advocacy org HeadCount, in an attempt to unleash the wrath of her fans on the 2020 election. The booths staffed by volunteers will be feature of every stop of the 80-date tour. Given that lots of her fans are younger folks, she's using hashtag #thankunextgen to help impart her message: voting is cool and fun and everyone should do it, no matter what you believe.

Welcome to the #thankunextgen #ArianaGrande tour kicks off today and you’ll be able to #RegisterToVote at every st… https://t.co/gcKIhDVZLK
— HeadCount (@HeadCount)1552944597.0

Fans can also get in touch with HeadCount to volunteer at their local Sweetener tour stop. "Text ARIANA to 40649 to sign up to join the #thankunextgen and to volunteer at an #ArianaGrande show, register to vote, get election alerts, contact your legislators about issues you care about or get a reminder to register to vote at your 18th bday" HeadCount wrote on Twitter.

Ariana Grande hasn't historically been the most vocal celeb on political issues, but in recent years she grown more unabashed about her liberal views. She repped Hillary Clinton in 2016, and voiced support for BlackLivesMatter, gun reform and gender equality in an ELLE profile. Like most celebs, she has yet to make any move towards endorsing a 2020 candidate.

It looks like Ari's fans, dutiful as ever, are heeding her wishes. Watch out 2020, pop-loving millennials are coming for you.

The decision got a glowing sign-off from country legend Bonnie Raitt — maybe more performers will follow in her footsteps leading up to the election.

From BRHQ -- Such INCREDIBLE news! Congrats, @HeadCountOrg and please, Bonnie-fans if you are able to volunteer to… https://t.co/XeaunouJEp
— Bonnie Raitt (@Bonnie Raitt)1552962323.0