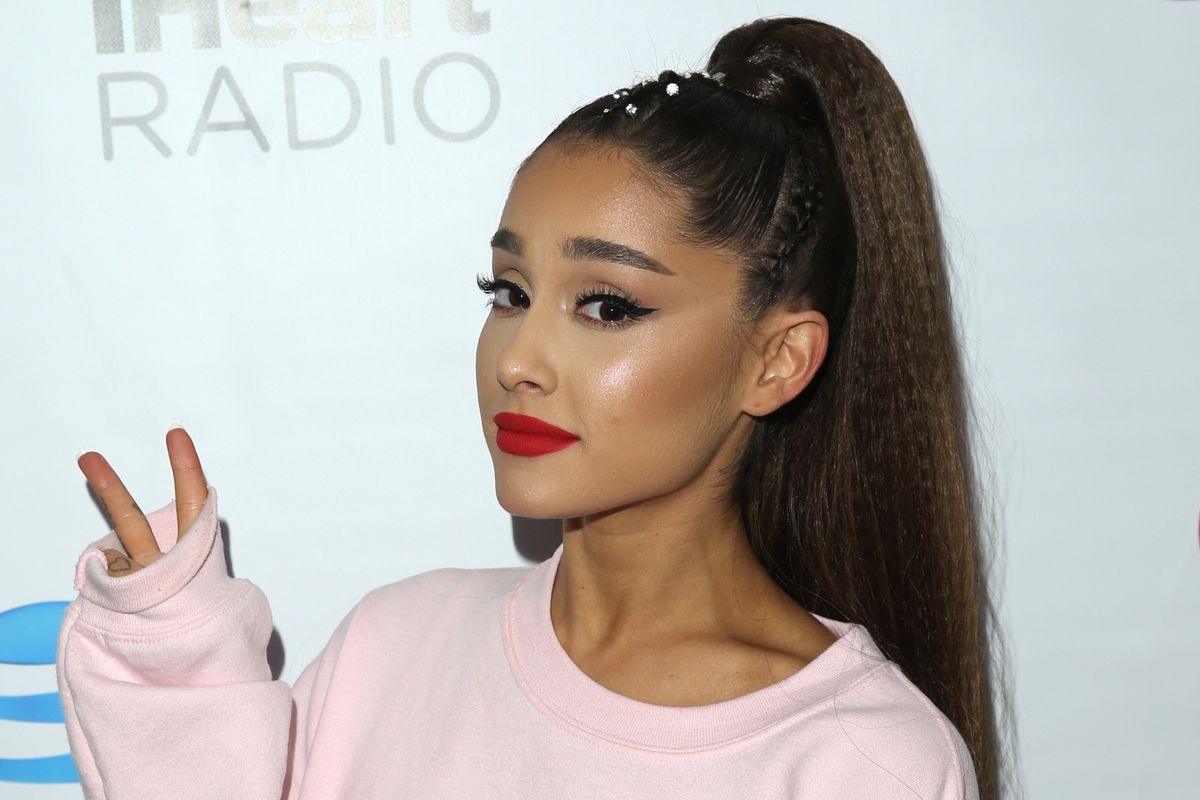 Ariana Is Coming For The Beatles' Chart Records

If you were wondering whether we'll be talking about Ariana Grande 50 years from now, welcome to the reality that her current competitors on the pop charts aren't Taylor, Beyoncé, Katy, Miley, Adele or even Cardi, but The Beatles.

Ariana has become the second artist in history and the first solo artist ever to hold the #1, #2 and #3 spots on Billboard's Top 100 chart, Billboard reports. Three Thank U, Next tracks currently hold the top three spots: "7 Rings" has spent a month at #1, while "Break Up With Your Girlfriend, I'm Bored" debuted less than two weeks ago at #2, and holy grail "Thank U Next" (which held #1 for seven weeks), has risen up to #3. Thanks to the Arianators, Thank U, Next debuted at #1 (her third #1 album) and became the most streamed pop album ever.

Proving Ariana is truly the pop star of her time, this ungodly feat of popularity was last accomplished by the Fab Four in 1968. About 55 years ago, The Beatles pulled this off with "Can't Buy Me Love" at #1, "Twist and Shout" at #2, and "Do You Want To Know A Secret" at #3.

Okay, so this means that "7 Rings" is the modern-day "Can't Buy Me Love"? Baby boomers are shaking. Her stans and Nonna, apparently, are screaming.

Drake almost made the same move this summer when, according to Billboard, "Nice for What," "Nonstop" and "God's Plan" ranked at #1, #2 and #4, respectively

"Breathin"s not far behind at #35. If the stans get to work, we could see Ari truly snatch the crown by April.