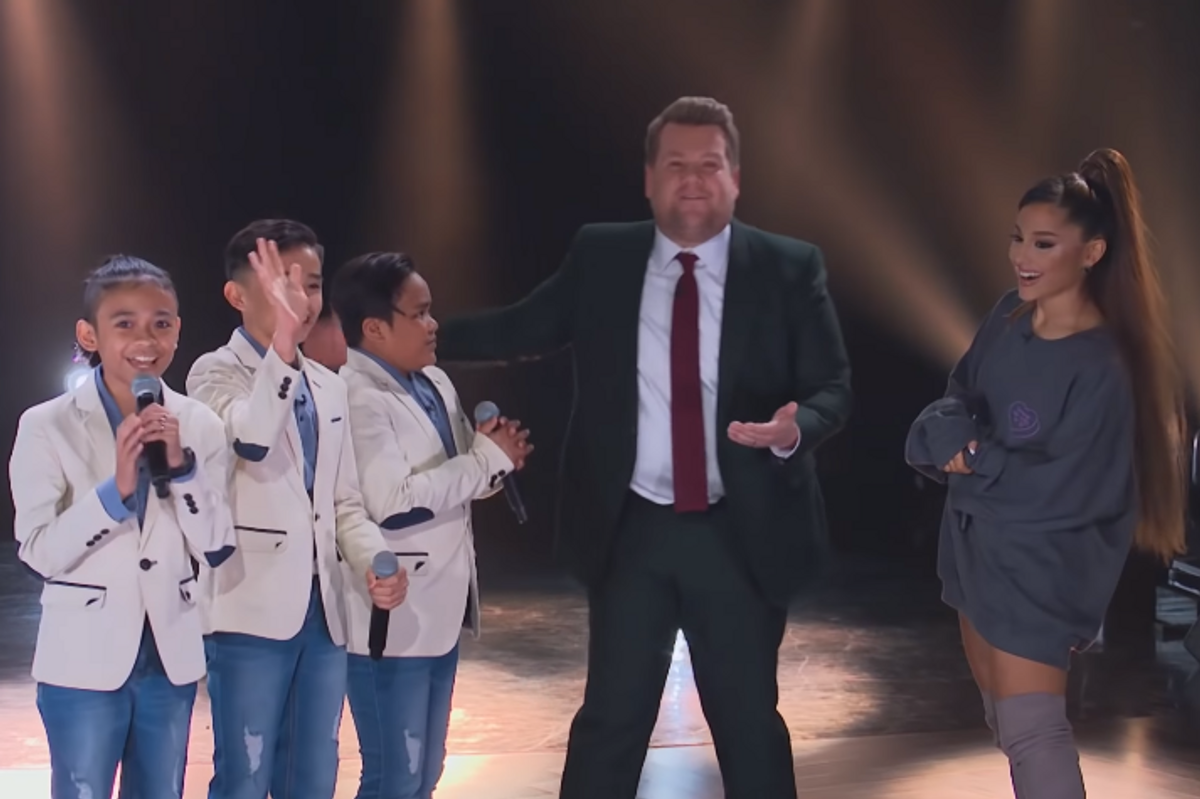 Ariana Grande had a big Tuesday. She became the second artist in history and the first solo artist ever to hold the #1, #2 and #3 spots on Billboard's Top 100 chart — following in the footsteps of The Beatles, who did the same thing in 1968. Then she made a surprise appearance on The Late Late Show With James Corden, performing on stage with Filipino boy band and noted Arianators TNT Boys.

Needless to say, Grande's unannounced set visit was disgustingly cute. The TNT Boys, who appear on Corden's other show The World's Best, are huge fans. Corden even told them to say hi to the singer before she appeared, saying that she sometimes watched the show. Wink wink. When Ariana popped out from backstage and joined them for a performance of Dreamgirls track "And I'm Telling You I'm Not Going," the facial expressions were priceless.

Afterwards, Corden took the opportunity to sit Ari down on the couch and talk about the whole Beatles chart record thing, which she seemed pretty overwhelmed about — earlier in the day she had tweeted an understandable "what the fuck is going on." She described spending the day driving around Los Angeles with her mom listening to the Fab Four and generally being confused but happy. She initially believed the whole thing was a joke or "an edit, like my fans had made."