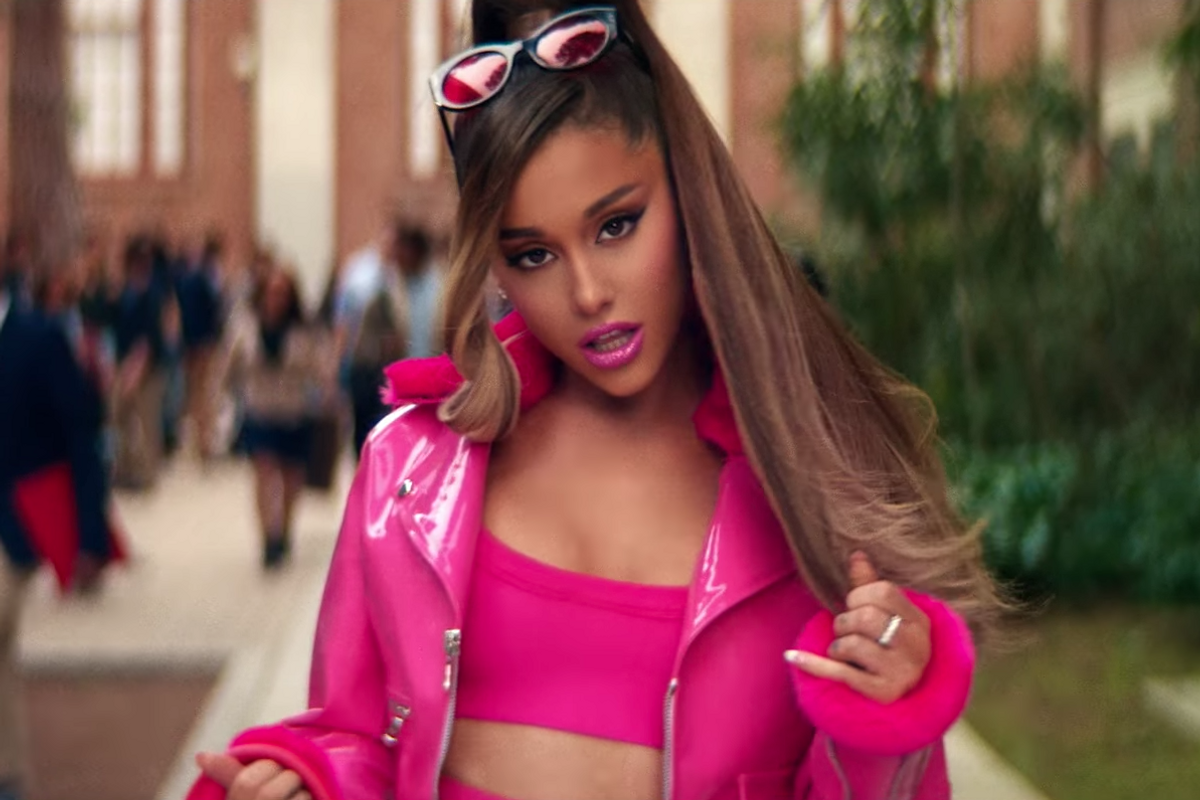 Ariana Grande Reaffirms Her Spot as HBIC in 'thank u, next' Video

Ariana Grande's newest music video has her on a pink-filled romp posing as some of the world's favorite 21st century divas — Elle Woods, Regina George — to show us all that she's loved and she's lost, but now she's winning.

The 5-minute masterpiece is packed wall to wall with a crowd of stars that only a queen bee like Ari could bring together. Blasts from the past, like Ari's "Victorious" co-stars Elizabeth Gillies and Matt Bennett make appearances in the video; Gillies as Cady Heron from Mean Girls, and Bennett as Cliff in the famous toothbrushing scene from Bring it On. Some of the OG stars of the films referenced in "thank u, next" appear too, like Jonathan Bennett, who reprises his role as the original October-3rd-Heartthrob, Aaron Samuels from Mean Girls.

While this would be enough starpower for any other A-lister's video premiere, the princess of high-ponytails enlisted some of the biggest stars around including Troye Sivan and a very pregnant Colleen Ballinger as a cheerleader. Most of all, we're gagging over the Hall-of-Fame level performance from Kris Jenner as Amy Poehler's "cool mom" from Mean Girls.

Can you say, "You're doing great sweetie?"

Perhaps the best part of the video is at its climax, when Ari shows us how to move on from heartbreak in style with a bend and snap dance-off featuring one of its originators, Jennifer Coolidge from Legally Blonde.

"Thank u, next" dropped earlier this month, and fans lost it over the salacious track. Stan hysteria ensued not only because it was a surprise track following her summer release, Sweetener, but also because it addressed her highly publicized and very recent breakup with Saturday Night Live's Pete Davidson. The track broke records almost immediately, and there's no doubt that the reference-saturated music video will do the same. The video was directed by Hannah Lux Davis, Ariana's go-to visionary when it comes to immortalizing her hits like "Side to Side" and "Into You."

Watch "thank u, next" below: