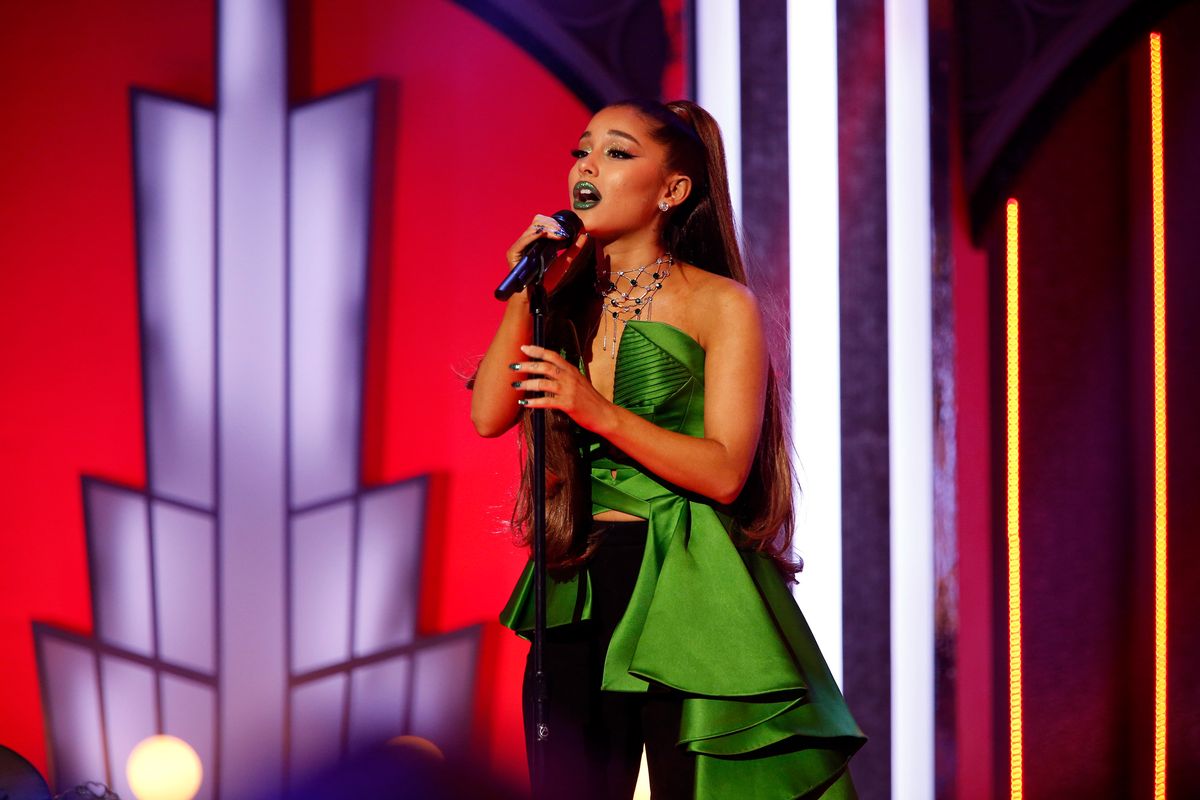 In the past week, Ariana Grande's been sending some very cryptic messages out into the Twitter-verse. While her ex Pete Davidson has chosen to stay quiet, save his recent promo for this week's episode of SNL, the songstress has been busy tweeting. And today, she revealed that all those tweets are actually in reference to what she's been cooking up in the studio lately. Not just one song, but an entire album.

Over the past week, Ari's tweeted what's looks to be lyrics to a new song, or what could just as easily be poetic shade towards her former fiancé. But on Saturday, she reveals that it is, without a doubt, a song. And in a reply to a fan who asks whether it's just a song, or an album, she replied, "issa song and an album .... you'll get the song first."

She's working on this new project with one of her best friends and collaborators Victoria Monet. And apparently, it's based off of one of Ari's old sayings. She reveals this after a fan points out that she's been "teasing thank u, next for YEARS."

Ari also revealed in a reply to another fan that the upcoming single is going to be the "exact opposite" of her 2016 hit, "Knew Better." Instead of taking the bitter, vengeful route, she says "thank u, next" is about "a new chapter gratitude, growth, embracing our path bumps n all."

No release date, or details on other tracks have been made public just yet. But after the work of art that is Sweetener, we can't wait to hear more bops from Queen Ari!