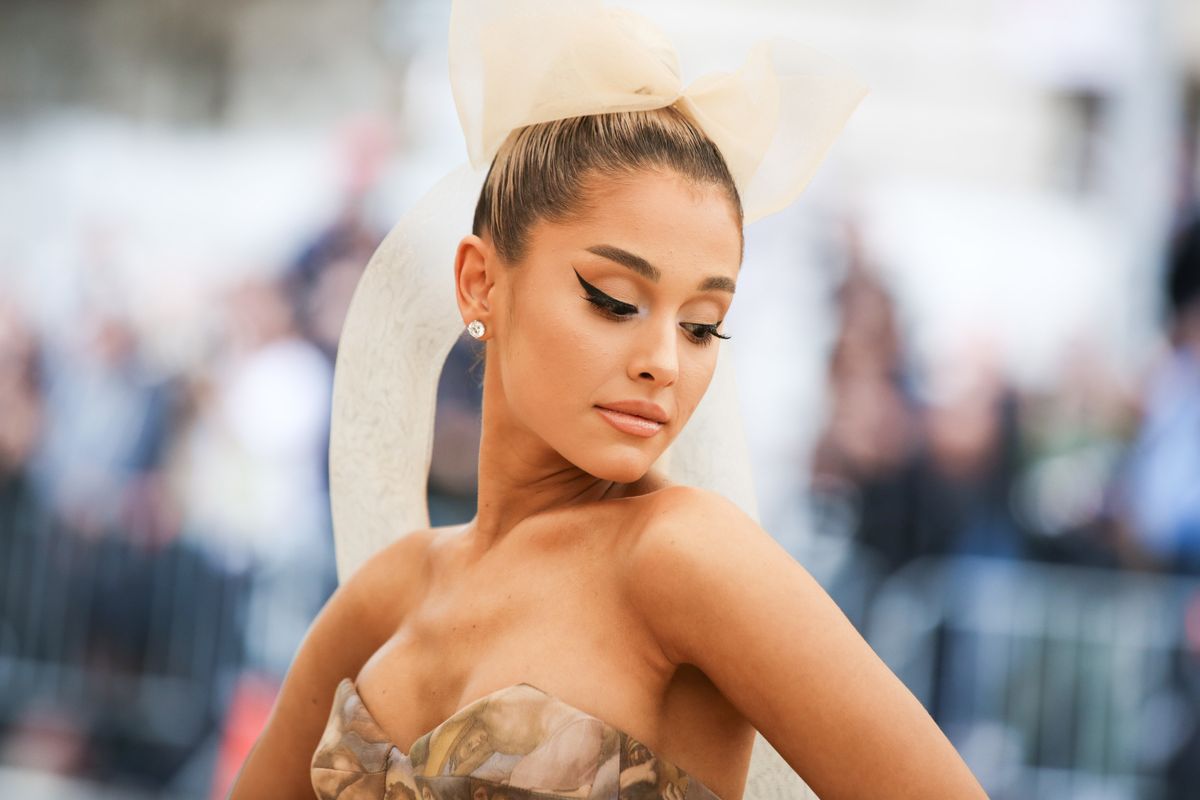 Ariana Grande and Pete Davidson rocked the tabloid-sphere three days ago with news of their breakup, and the hits keep coming. After posting a heartfelt Instagram story about anxiety yesterday, Grande has decided to take a break from social media to avoid news about her own breakup. There have been a lot of tweets. We understand.

In a since-deleted Instagram-story, Ari wrote that it's "time to say bye bye to the internet for jus a lil bit. it's hard not to bump news n stuff that i'm not tryna see rn. it's very sad and we're all tryin very hard to keep goin. love u. and thank u for bein here always."

Meanwhile, Ariana looked like she was having fun while taping an NBC special for the 15th anniversary of Wicked, her favorite musical. Before leaving social media, she posed with the star of the original show, Idina Menzel.