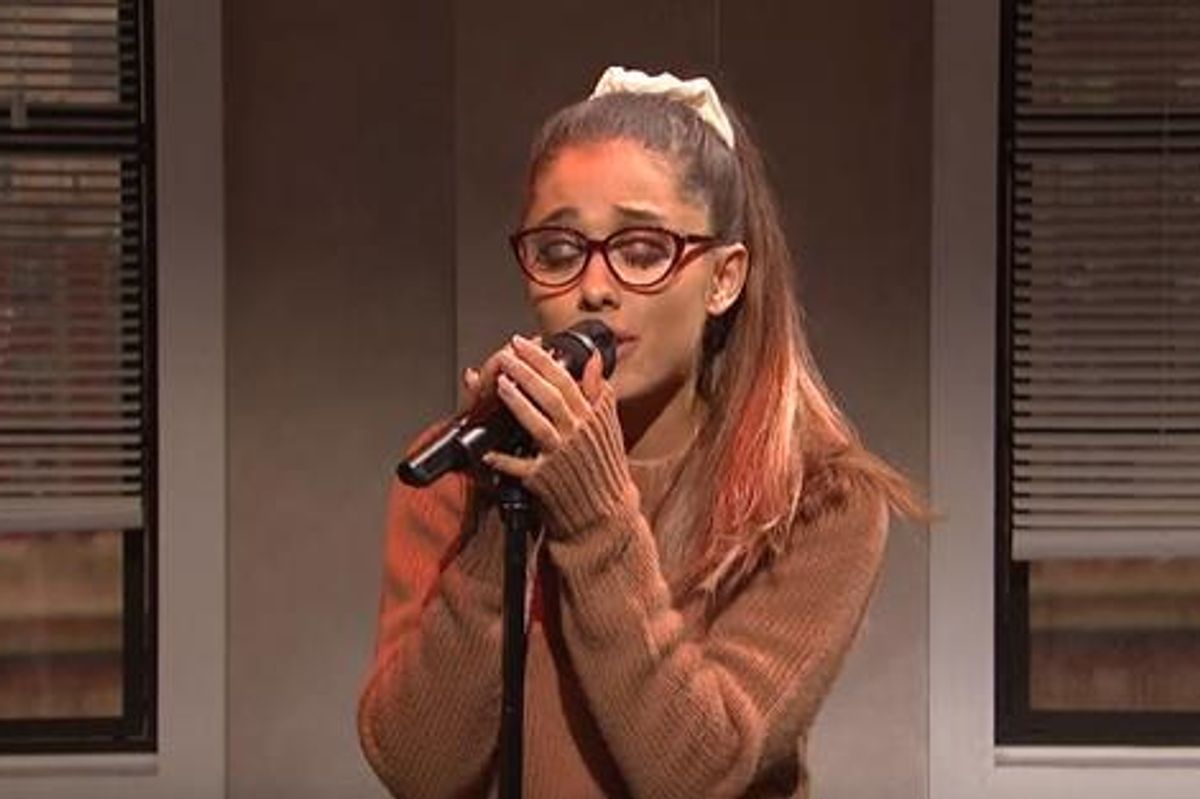 Ariana Grande got to put her former Nickelodeon acting chops to the test by hosting SNL last night, and fortunately, it paid off.

The singer got off top a rocky start (rocky if you're a killjoy) by hilariously dropping a "shit" bomb in her musical monologue about riffing on her "future" celebrity scandals.

She also got to showcase her unbelievably on point fellow diva impressions, during a very funny skit about TIDAL, which I'm surprised hasn't been skewered more on this show.

Ariana played a meek intern 'Chloe,' who has to sing choruses to famous songs by Britney Spears, Shakira, Rihanna, Celine Dion, and Whitney Houston, to get the frantic HQ's fledgling live streams back on.

I would watch a new series where all Ariana does and impersonate Celine Dion crowd working.