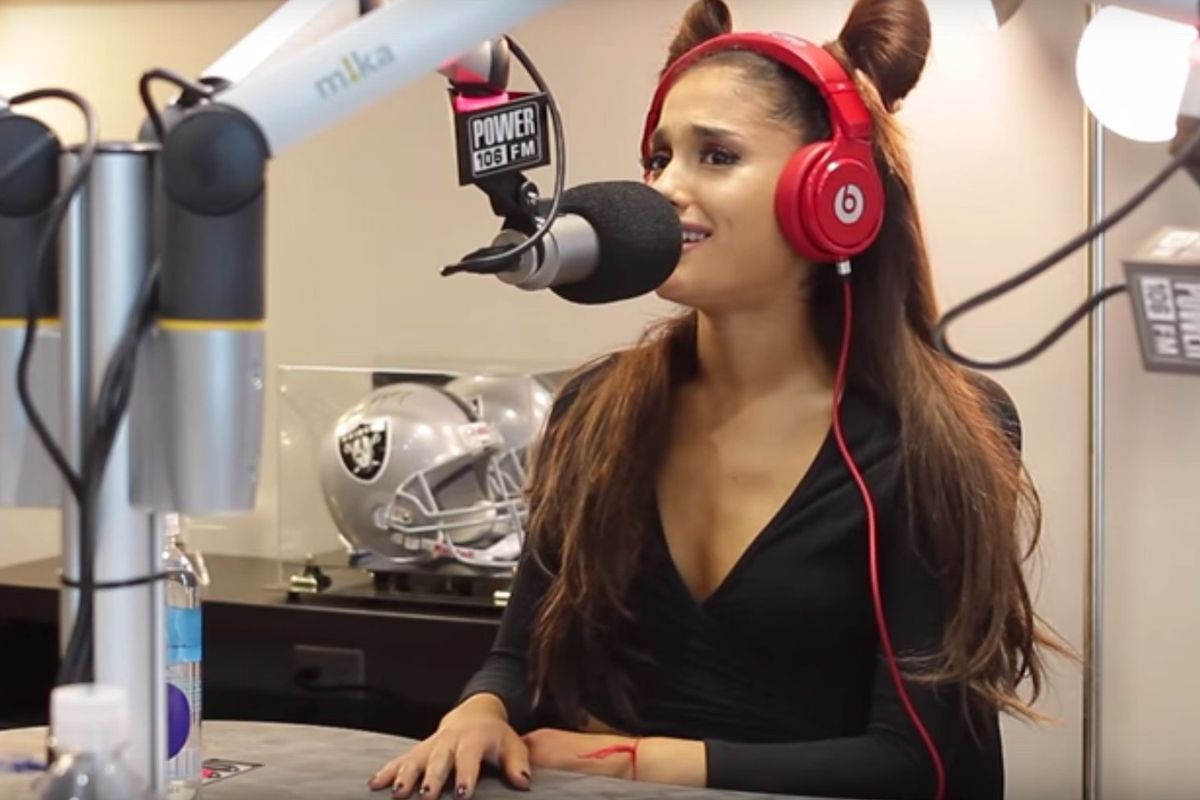 Sandra Song
Last Thursday Ariana Grande stopped by LA's Power 106 to talk about her new single, but unfortunately the only thing her bro-hosts Eric D-Lux and Justin Credible wanted to talk about was bullshit like would you rather use make up or your phone one last time? Or do only girls use the new unicorn emoji?
Thankfully, Grande had a few choice words for their ignorance, answering the first question with a "Is this what you think girls have trouble choosing between?" and the second with a plea for emoji equality, stating "who says unicorn emoji isn't for men?"
"Boys, learn!" As Grande said at one point, continuing later with the definitive, "I changed my mind, I don't want to hang out at Power 106 anymore."

Watch her skewer 'em a little past the 16-minute mark below.